Please review the slate and each individual’s bio, and then cast your vote using the form at the bottom of the page. Please note: only Voting Members vote in Executive Committee elections. Further, this is a Yes / No vote on the entire slate – you will not vote on each individual member.

You have until Monday, August 6 to cast your vote online. For those of you attending ROOTS Week, you can either cast your vote early online, or in person during the Annual Business Meeting on Thursday, August 9. If you are unable to attend this year’s ROOTS Week, this early voting period is your opportunity to exercise your board membership and vote for the Executive Committee slate.

If you have any trouble using the form, please contact Joseph Thomas at joseph@alternateroots.org or (404) 577-1079 ext. 303. If you have any questions about the nomination process or the nominees themselves, please don’t hesitate to reach out to Trey Hartt, President, at treyhartt@gmail.com or 703-946-5217.

Thank you for being an active member of our participatory democracy!

*Denotes those who are new to the Executive Committee or who are nominated to serve in a new position. 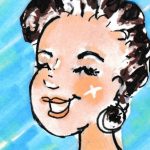 Monique Davis currently serves on the Board of the Jackson Convention and Visitors Bureau, and is deeply committed to creating a vibrant, diverse Jackson that is centered in human rights and dignity. Monique’s role at the Mississippi Museum of Art expanded in 2018 to include responsibility for creating programming that engages the surrounding community and highlights “non-traditional” museum voices. In the spring of 2018, Monique had her first Gallery Show: Harlem Renaissance Meets Afro Punk: Honoring the Past Imagining the Future. During the Harlem Renaissance, artists explored the beauty and pain of black life and sought to define themselves and their community outside of white stereotypes. Similarly, Afropunk is a three-day festival that started in the Fort Greene neighborhood of Brooklyn that also explores aspects of African American identity and aesthetics. People convene annually to celebrate black thought, power, leadership, art, and music. Monique’s show explored the interplay between these two distinct time periods. Monique is the wife of Melvin Davis (for 23 blissful years), and the mother of six magnificent human beings, Melvin Jr, James, Charles, Ava, Benjamin, and Daniel. You can view her work at Luvmagic.com. 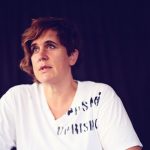 Nicole Garneau is an interdisciplinary artist making site-specific performance and project art that is directly political, critically conscious, and community building. She is in the midst of a multi-year collaboration with Clear Creek Creative of Disputanta, KY. She is also the Production Manager for the Timeslips’ project “I Won’t Grow Up,” a site-specific creative festival taking place Spring/Summer 2019 in 3 Kentucky nursing homes and engaging elders with memory loss, their families, their communities, and facility staff. Her book Performing Revolutionary: Art, Action, Activism was published in Spring 2018 by Intellect. Nicole holds a B.A. in Theater from the University of Illinois at Chicago and an M.A. in Interdisciplinary Art from Columbia College Chicago. She also makes ceremonies, facilitates meetings, throws parties, and does healing work. Her work is documented at nicolegarneau.com. 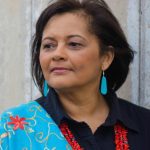 Kim Pevia is an experienced life strategist, an engaging keynote speaker, and a uniquely skilled experiential style transformational workshop facilitator. Her company, K.A.P., Inner Prizes, specializes in identifying and addressing the issues that can keep us stuck by continually developing a personalized toolbox to help us hurdle over them.  Her favorite work is done in circles. Diversity of favorite topics include Emotional intelligence, Gifts of Conflict, Impacts of Historical Trauma, Cultural Healing, Innocuous Nature of Fear. Born and educated in Baltimore, MD she currently lives in Robeson County, NC where her roots run deep as a member of the Lumbee Tribe. She serves on many local, state and national boards that support community activism and local economy through arts, food, culture and tourism.  She is a writer and the founder of Artist Market-Pembroke, providing retail opportunities for local and regional artists in southeast North Carolina. 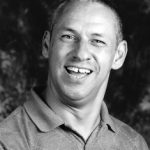 Samuel Valdez (PLAYWRIGHT/DIRECTOR/PERFORMER) graduated from San Diego State University in 1991 with a B.A. degree in theater arts, emphasis in directing. Between the years of 1992 to 2002 he directed a large number of Latinx plays such as ROOSTERS by Milcha Sanchez Scott, THE CONDUCT OF LIFE by Maria Irene Fornes, and THE GUITARRON by Lynne Alvarez. With 7 plays under his belt Mr. Valdez characterizes himself as a playwright. Some of his individual works include SOY YO/IT’S ME, P13-VIVE, AMBOS/BOTH and OUTSIDE THE CIRCLE (written in collaboration with Andrea Assaf). His most recent piece is a show speaking about the creation and development of man and how he as a Latino man with cerebral palsy fits into it, titled AND HE BECAME MAN. Mr. Valdez is an active member of his artistic community, and a board member of NPN/VAN. 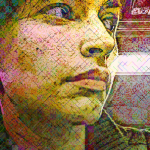 Rasha is a Palestinian Southerner who grew up between Damascus, Syria, and rural Georgia and cut her teeth organizing on the southsides of Chicago and Atlanta. She has been a Poetry Foundation Incubator Fellow, Maryland State Arts Fellow in Poetry, and member of the Radius of Arab American Writers. Her poetry and essays have appeared in the U.S. and abroad. Rasha studies and works in tatreez, an indigenous Palestinian feminist practice of narrative embroidery. She is a cultural organizer, fiber artist, community technologist, once and future farmer and beekeeper, and a geek for science both fiction and fact. 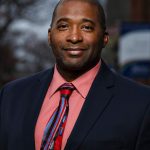 Hasan Davis is a performer, youth advocate and motivator. After an early history of social and academic challenges, including learning disabilities, pre-teen arrest and expulsion from alternative school and college, Hasan found the courage to change. Starting with a change in his attitude and opinions of personal worth, Hasan petitioned for re-admission to the college that expelled him twice. The year Hasan finally graduated from Berea College he was elected president of the student body, voted Homecoming King and received the Navy V-12 award in recognition of his outstanding contributions to campus life and interracial kinship. From Berea, Hasan went on to graduate from law school. 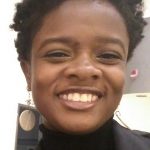 SaBrina O. Jeffcoat is a visual artist specializing in mixed media pieces. Having worked in art sales and exhibition design with the Savannah College of Art & Design, SaBrina is now working within her purpose, building community through art. SaBrina has utilized her education and experience to ensure the success of her first business venture, Royal African Company, Ltd. Co., a retailer of Afrocentric accessories and home goods. Royal African Company, Ltd. Co. aims to tell the story of the people of color that have made the South the rich place that it is today. SaBrina earned a BA in Studio Art from the College of Charleston. 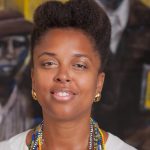 Charmaine is a visual artist who draws inspiration from indigenous traditions as seen throughout Africa and the Diaspora by exploring African and African-American ritual from a feminist perspective. She has a degree in Fine Art from Agnes Scott College and has worked as an arts administrator, producer, and organizer in Atlanta for twenty years. Charmaine has worked for the National Black Festival and the Fulton County Department of Art and Culture. Currently her New Freedom Project uses the practice of ancestral veneration to explore  disappearing African-American communities in the Atlanta area as gentrification buries the history and people, beginning with the Beacon Hill community in Decatur, GA. She currently serves as faculty for the Department of Art and Visual Culture at Spelman College. 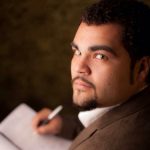 Multidisciplinary Artist, Activist and Executive Support Manager at The Carpetbag Theatre, Jonathan Clark, also know as Courageous, is a native of Knoxville, TN and Alumnus of the University of Tennessee. His professional performance career began at the age of thirteen with Carpetbag’s Youth Theatre Ensemble and has remained a performing artist ever since. Most recently, Courageous was selected from a Nation-wide pool of candidates for two prestigious opportunities; The National Institute for Directing & Ensemble Creation: Next Generation, presented by Pangea World Theater and Art2Action, and the Intercultural Leadership Institute, presented by Alternate ROOTS, the National Association for Latino Arts and Cultures, the PA’I Foundation, and the First People’s Fund. 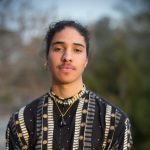 Eli Lakes is a musician, producer, art activist and urban farmer. Raised and rooted in culture and purpose he pursued his passion from an early age. Eli began experimenting with his voice and several instruments and due to his self driven work ethic joined his mother, Liza Garza as her official guitarist and backup vocalist at the age of 15. In 2016 he became the youngest voting member of Alternate ROOTS. In 2017 he became the youngest ILI fellow for the inaugural cohort. In 2018 he participated in his first residency as an IMAN roster member. With a love for joy and justice his light radiates far and wide.