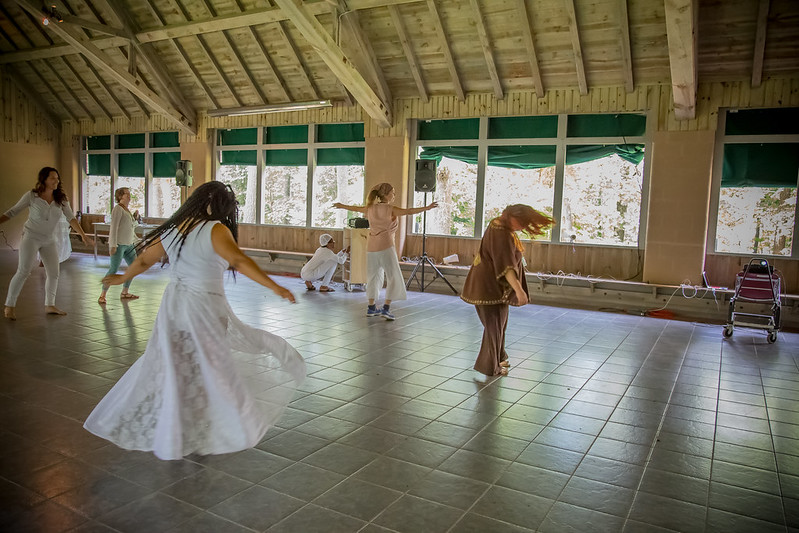 Partners for Change launches its inaugural year with ROOTS’ first three-year initiative and a strategic commitment to ending racism and other oppressions through catalytic investments in BIPOC and cultural organizers in the US South. We are reimagining philanthropy in a way that is values and people-centered, eliminating all forms of racism and oppression while championing economic justice.

This cohort of partners, aligned in Black liberatory art/organizing traditions, is working towards the liberation of Black people in the South. And, it is from this place of radical Black imagination that partner projects build power with and beyond Black communities, acknowledging both the unique and shared struggles of BIPOC communities throughout the South.

Our partners will receive $25,000/year for three years (for a total of $75,000) as well as matching dollars in technical assistance, support, and peer learning. The Highlander Center, where ROOTS was born, will also conduct participatory research on the impact of the practices and policies of the cohort partners.

The power of the work of Alternate ROOTS and our members is Collective Power. Our ability to change the South, the nation, and the world through radical imagination depends on our ability to work with one another. The cohort’s collective network tackles a multitude of strategic fronts of struggle and pushes systemic change to create a US South, where race does not automatically determine your outcome in life.

Congratulations to our inaugural Partners for Change cohort!

This project reimagines the social justice movement and organizing in the South by eliminating patriarchy, hierarchy, and heteronormativity differences among artists, activists, and everyday people. Led and rooted in Black thought and culture, and in collaboration with Southerners on New Ground (SONG), this work emphasizes intersectionality. Using the principles of abolition, it is expanding the language, practices, and skillset of Southern Organizers to include art and radical imagination as core tools for progressive Southern Movement Building.

Coastal Resilience Lab is working to dismantle policies that have created historic racial inequities, disaster capitalism, and accelerated patterns of massive environmental displacement of communities of color impacted by climate change in the coastal North Carolina region and beyond. They are using grassroots organizing, community-led research and media, and a cultural organizing campaign model to build grassroots power and advance a racial equity narrative that engages and amplifies the voices of Asian, Latino, African, and Native Americans. They are building resilient and sustainable communities of collective power that are rich with accurate, accessible information.

Hollerin Space will conduct experiential research, co-designed by communities in the Black Belt region of the Deep South, to study the effects of displacement on Black people. The research and community partnerships will impact and result in strategy building to advocate for just and equitable policies for Black people regarding housing, land, human rights, and food and waterways.

They will also co-curate, produce, and distribute zines and cinematic works to support building a culture of care and strengthen kinfolk across culture, communications, ritual, and region geographies while generating an archive of sharable commons to deepen the collective strategy.

Idle Crimes & Heavy Work is a collaboration of Black Women creatives and researchers that amplifies Black women’s experiences within the history of incarceration and convict labor in Georgia through interactive, archives-based performance; video installations; workshops, and a walking tour.

This work illuminates the criminalization of black women’s bodies, the erasure of black women from discourses of incarceration, and the role their labor played in building the infrastructure of the south. We bring audiences proximate to the challenging histories of racial and gendered violence — as well as techniques of resistance and restoration — towards collective liberation, rejuvenation, and joy!

By creating a container for the BIPOC trans and queer youth to tell their own stories, they are countering the stereotypes and prevalent stories of poor, working-class, Black, and Brown LGBTQ youth who have been told through a lens that sensationalizes, victimizes, and ultimately profits off their lived experiences. This work will replace the school to prison pipeline and shift the POC queer liberation movement by developing confident and competent, future leaders on the frontlines of struggles for racial justice in the NOLA and southern queer communities.

TINYisPOWERFUL facilitates active relationships between Black and Brown owned tiny businesses, cultural workers, and artists of color as a barrier against discriminatory, unethical development in North Charleston, SC, and similar places in the South where people of color are the majority.

They are reimagining economic development by creating a model of inclusive growth that engages, serves, and advances existing populations instead of pushing them out.

Employing a mobile app, TINYisPOWERFUL.com, and other art assets as tools for engagement in forming a supportive network for tiny businesses, artists serve as channels to link communities together and resources for developing communities and places.