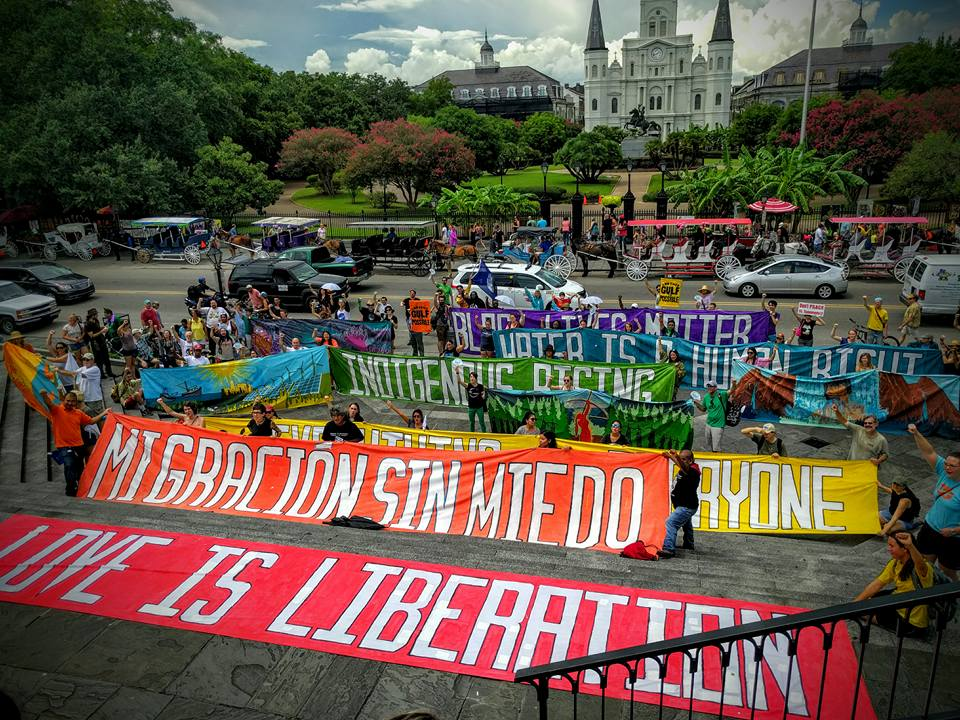 The effects of the climate crisis on our planet are felt more each and every day. From hurricanes in the gulf to the wildfires in California to fracking related pollution in Appalachia, we are seeing the environmental effects of our dependence on fossil fuels throughout the US. While the storms and fires get mainstream news coverage when they happen, their underlying causes get far less. The disparate ways that climate change impacts us is discussed even less frequently than that. Those who are most marginalized in society suffer the impacts of climate change most acutely. This month, we will be highlighting ROOTS members who are building community power in the area of climate justice. 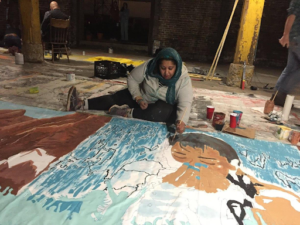 Jayeesha Dutta is a tri-coastal, nearly tri-lingual Bengali interdisciplinary artist, cultural organizer and pop-ed facilitator. Jayeesha is on the national steering committee for the Climate Justice Alliance and a co-founding member for Another Gulf Is Possible, a grassroots network of individuals with ties to a multitude of organizations, communities, and alliances in the US Gulf South and the Global South, including Alternate ROOTS. They explicitly center the leadership of brown women with anti-racist, decolonized, and abolitionist frames and lenses. Another Gulf believes the US Gulf South is “ground zero” for the impacts of climate change and is a critical pivot point to change the social, economic, and environmental conditions towards sustainability, equity, and justice.

The collaborative began in 2016 by demanding the end of Bureau of Ocean and Energy Management’s oil and gas drilling lease sales in the Gulf Of Mexico. Since then, from helping birth L’Eau Est La Vie, the Bayou Bridge pipeline resistance camp, to hosting the Rio Grande Valley’s very first anti-border wall direct action training camp, Another Gulf is an active force working towards a just transition in the Gulf region.

For more information about the just recovery framework check out the Our Power Puerto Rico multimedia report that Jayeesha co-authored with the Climate Justice Alliance. 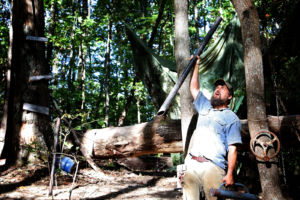 Bob Martin performs Ezell: Ballad of a Land Man. Photo Credit Erica Chambers.Clear Creek Creative‘s current original artistic project Ezell: Ballad of Land Man is an environmental, cultural, and spiritual parable derived from living in the foothills of Appalachia. It is set amidst the context of climate change and the transition from a century of coal extraction to what comes next:  a resilient future built on renewable energy or continued extraction through the expansion of oil and gas fracking throughout the Appalachian region. The Ezell project has evolved over many years in intricate connection with local, state, and national organizing and policy efforts to resist continued reliance on fossil fuels and to promote renewable energy alternatives.

A Clear Creek ensemble performed an earlier work — Where’s That Power Gonna Come From — at a series of events organized by Kentuckians for the Commonwealth to develop the Empower Kentucky advocacy platform. They also performed at the Beyond Fossil Fuels conference to inspire regional organizing and advocacy including efforts to pass local resolutions against fracking and pipelines in counties across KY.  Clear Creek has directly accessed and promoted federal and state incentives for renewable energy to develop an entirely off-grid solar-power gathering grounds which is used as a demonstration site to promote renewable energy alternatives in the region. Ezell: Ballad of a Land Man has been supported by Alternate ROOTS as well as NET, NPN and the KY Arts Council and was recently selected for NEFA’s National Theater Project award to support touring and further organizing efforts throughout the U.S. in 2020-21 – if you or someone you know might be interested in presenting in Ezell, please contact Lead Artist Bob Martin and Producer Carrie Brunk via clearcreekcreative.net/connect.