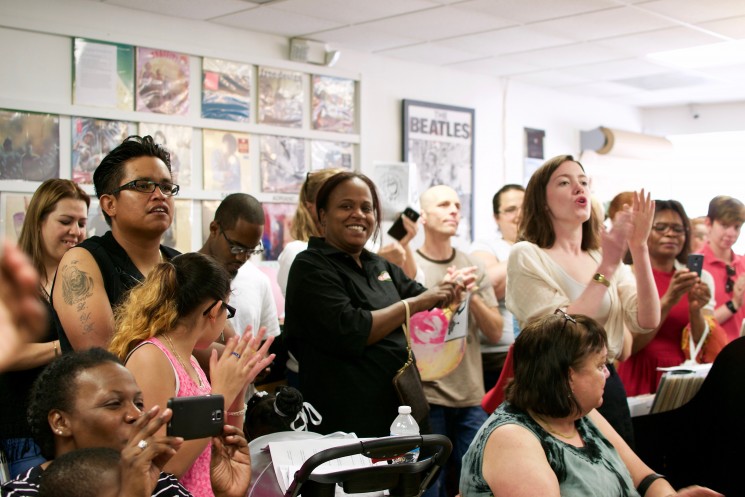 Girls Rock Charleston is a member of Alternate ROOTS’ 2015-16 Partners in Action cohort and will be attending and sharing their work at ROOTS Weekend-New Market/Knoxville this weekend!

Girls Rock Charleston, a grassroots nonprofit that uses music as a vehicle for social change and builds power among girls and trans* youth in Charleston, South Carolina, just wrapped up its first full year of after school programming. The Girls Rock After School Program (GRASP) leverages a cultural organizing model to interrupt youth involvement in the juvenile justice system and support a youth-led movement for social change in South Carolina. During GRASP, participants engage in a dynamic combination of music and arts education, DIY media making, political education, and leadership development.

Local artists, musicians, and educators serve as mentors throughout the program. With their support, participants explore themes of racial, economic, and gender justice through writing original music, creating visual art, and organizing community events. This semester, we were excited to become the first and only community-based alternative to incarceration (ATI) program for youth in South Carolina. This means that we are able to divert young people away from juvenile detention centers and into strong and effective programming designed to reduce recidivism and build power among girls and trans*/GNC youth right here at home! Our Teen Leaders Karla and Marie recently wrote about their experiences with the program. 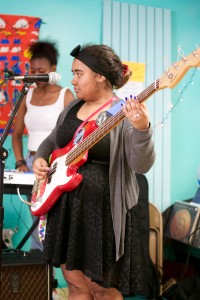 Have you ever wanted to fight for equality or for justice? Well, I always wanted to fight for the right things in life, and I finally got the opportunity to do it!  My name is Marie Attelier and I am a Teen Leader with Girls Rock Charleston. The Girls Rock Charleston After School Program (GRASP) is a powerful program that takes place three days a week after school. You might think that three days a week is not that much, but trust me, in three afternoons at GRASP you learn more information about what’s going on in the world than you ever would in a whole week of school! This semester, we learned about social justice, music, artists that change our world, how to treat each other fairly, and how to communicate when there is a problem.

Here’s what a typical week looks like. On Mondays, we have band practice for a full hour and a half. One thing I love about band practice is that you’re not in a band with just your friends – you’re in a band with people that you don’t really know! This helps you come out of your shell and work with all kinds of different people. On Wednesdays, we have workshops, which are one of my favorite things about the program. On workshop days, we learn new things 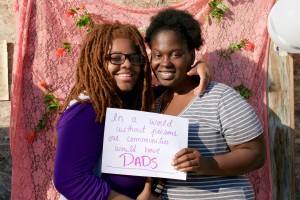 about what’s going on in this crazy, beautiful world. My favorite workshop this semester was called “An Artist’s Duty,” during which we learned all about Nina Simone and the way her music impacted the civil rights movement. I also really enjoyed the “Grrrl Gangs Against the Patriarchy” workshop, where we learned how to fight girl hate and stop body shaming. This workshop really helped us to feel and see what girls go through in general!  Finally, on Thursdays, we had shorter band practices and planned our final showcase, which just happened on April 29th! Planning the showcase was a lot of work but in the end it was really fun.

The fact that we get to share our struggles and see the world through each other’s eyes at GRASP is crazy but incredible. Through Girls Rock, I have learned that it’s okay to be different, and that it doesn’t matter what haters think about you. You are who you are and you have to love yourself because girls really do rock!

Karla presenting at an NAACP meeting about policing in North Charleston. Photo by Dustin Waters

Hi, my name is Karla and I’m also a Girls Rock Charleston Teen Leader. There are four of us in the Teen Leader crew, and we do work outside of the program hours to advocate for a better world. This semester, we fought to reduce school-based arrests. We met about once a week outside of the program to learn about school-based arrests and think of ways to take action. Something I found out was that over half of all young people arrested in Charleston County are arrested at school! 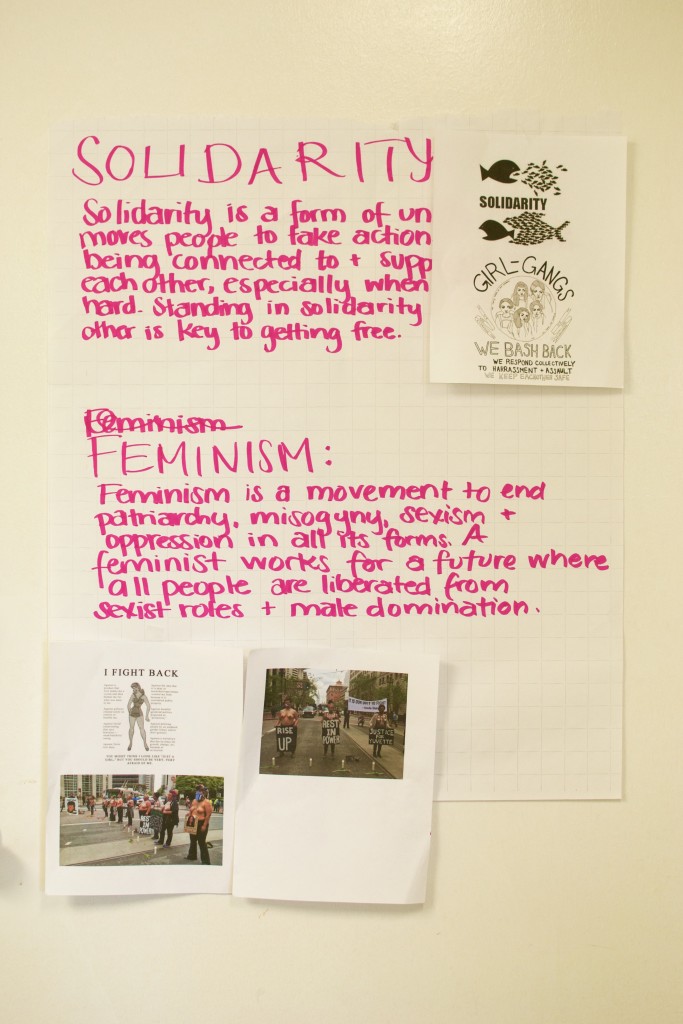 Ultimately we decided to work with the Charleston Area Justice Ministry (CAJM) to push the school board to reduce school based arrests and use restorative justice practices in schools instead of typical punishments like suspension and arrest. I am against school based arrests because you are supposed to feel safe at school, but currently in Charleston County schools it feels like anything could get you arrested. Anything from talking back to the teacher to being late to class can get you charged with Disturbing Schools. I’ve personally been arrested at school just for being late to class.

This semester I really stepped outside of my comfort zone to become a teen activist against school-based arrests. For example, I told my own arrest story in front of over 2,500 people at CAJM’s Nehemiah Action Assembly in April. Sharing my story was really nerve-wracking because I was focusing on what people might say about me. I was worried that people might think I deserved being shoved to the ground by a School Resource Officer, even though I know extreme force like that is almost never necessary with a teen. I still told my story, though, because people need to realize what police are doing to adolescents. The prison-industrial complex psychologically damages teens’ developing minds! I hope that sharing my story also helps other young people speak out about the injustice in their lives.

This semester, I’ve learned that I am capable of informing others of the brutal reality of the police state, and making a difference for teens across our city. That’s amazing because, before the program, I defined myself as a delinquent. In fact, if my parole officer hadn’t assigned me to GRASP, I think I would have been locked up. But now I know I’m making a difference as a teen feminist. This is how I know the work we do at Girls Rock Charleston is so important. We are making a change together because we don’t give up and we believe that all kids deserve respect. I am going to keep striving for a better, safer environment for all of us! 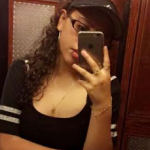 Hi, my name is Karla Barrios. I am 14 years old and I’m a nice, wild, and loud person. I’m from Houston, Texas but I live in Charleston, South Carolina now.  I’m in the 9th grade and I mainly care about finishing high school and getting my future prepared.

Hi, my name is Marie Attelier. 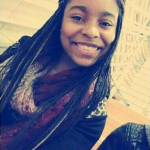 I go to school at North Charleston High School. I love dancing and writing. To me, a perfect world would be a world where we all love and treat each other right, not based on appearance or color. In my perfect world, everyone is happy and people eat a lot of food and still love their bodies.