Holding Space: An Act of Service 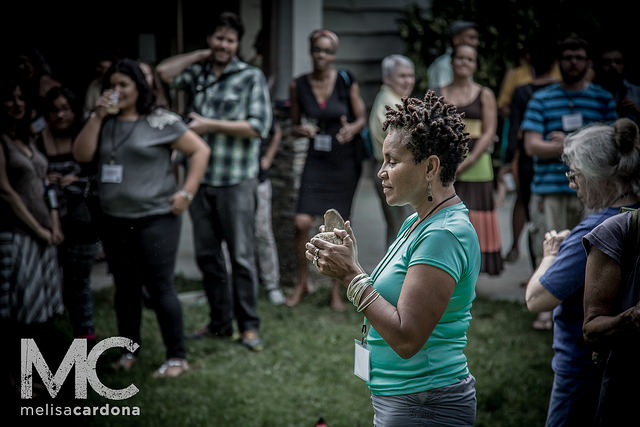 Working in the registration office, I witnessed all sorts of people arrive at ROOTS Week, carrying all sorts of equipment, instruments, paintings, photographs, journals. Some entered into a familiar space, dashing into the room to hug a distant friend. Others (not unlike myself) entered timidly, unsure of what was in store, yet evidently drawn to ROOTS Week with a purpose.

I recall sitting at lunch early in the week, surrounded by unfamiliar faces, and asking the others at the table, “What is it you do?” and “What brings you to ROOTS Week?” Like the surface of a still pond, a sing-along led by Linda Parris-Bailey reflected the same questions back to me. 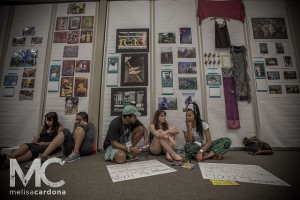 What is my work?
What do I do?
How can I serve your purpose too?

As I quietly sang the words over and over again I began to consider my answers to the questions more closely. The answers came easily until, “How can I serve your purpose too?” I was stumped. How can I serve the purposes of others? How do I know if I really am serving another person’s purpose? Will I lose too much of myself if I give too much? And do I belong here at ROOTS Week if I can’t answer the question? I was puzzled, and the questions escalated and were complicated by my own anxiety.

I’ve read philosophy that talks about the importance of the other to the understanding of the self. If you have ever attended ROOTS Week I bet you remember that alone time is a rarity. That’s not to say that solitude is frowned upon, rather there seems to be an unspoken duty to hold space for all forms of expression at the Lutheridge campus. From standing in the pouring rain until a poet had finished reciting her work, to staying awake past 4:00 AM to watch the last late-night performance, ROOT-ers held the space.

Performing the simple yet magnificent act of holding space and bearing witness to other people’s embodiment of “What is my work? What do I do?” helped me realize that only two of the questions were for me to answer. The last question is a question to ask. “How can I serve your purpose too?”

The song stuck close with me for the remainder of ROOTS Week, and continues to remind me of the importance of generosity to sustained community building. 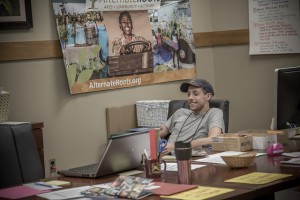 A New Jersey native, Joseph graduated from the California Institute of the Arts in 2013 with a BFA in Acting. He identifies as a performance artist, and uses his body as a means to portray members of humanity at varying stages of debilitating mental and physical health. He has performed his work at C4 in Atlanta, The Philadelphia Fringe Festival, and at Avenue 50 Studio in Los Angeles. He performed in artist Dara Friedman’s newest film Play which was commissioned by and premiered at The Hammer Museum in Los Angeles. In the film Joseph used Butoh to express self-flagellatory tendencies of people who are in love. Play has subsequently been screened at Kayne Griffin Corcoran, Gavin Brown’s Enterprise, and MOCA Detroit.