Last Stop on the Railroad 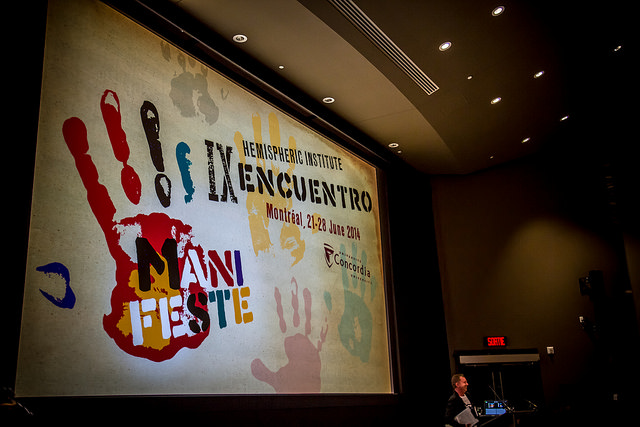 NYU’s Hemispheric Institute for Performance and Politics’ 2014 Encuentro got off to an incredible start with a welcome by Katsi’tsakwas Ellen Gabriel, a leader of the People of the Flint, or Mohawk, who were members of the Iroquois Federation. “Welcome to the traditional territory of the Nanien’kekha-ka” she said. And I knew we weren’t in the US. I was hard pressed to think of a gathering within our field where the original inhabitants of that land were not just acknowledged but accorded their proper place in our cosmos, this is their land— they were here first. 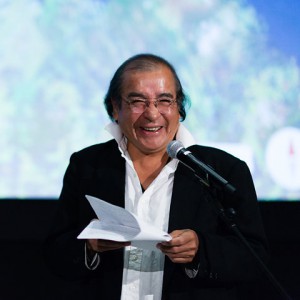 Following Ms. Gabriel, Thomas Highway delivered the opening keynote address: The Place of the Indigenous Voice in the 21st Century. He began his keynote in his native language, Cree. It took a minute to understand this wasn’t a language any of us in that space were familiar with, causing one lost person to exclaim loudly, “I don’t understand what you’re saying!” Mr. Highway responded by saying something to the effect, ‘Welcome to the world of my people.” Once done, he then delivered his remarks in French and English! It was a masterful speech where he urged dominant cultures to allow humankind to give “nature back its soul,” that western languages are phallic, hierarchical, and places nature at the bottom of our universe. In dominant culture God is at the top, a male, followed by men, followed by women, then nature. In Cree, a language that is dying amongst his people, things may be he/she, animate or animate. In a fascinating example he noted that in Cree with the exception of the vagina and anus, every other part of our bodies are inanimate! As informative and thought provoking as it was, his keynote was equally incredibly funny. What a wonderful sense of humor and rapier wit he demonstrated. It was delightful just watching him enjoy cracking us up. Mr. Highway is on faculty at Concordia University, the Encuentro’s local host. Now his is a class I’d love to take.

During the keynote, as one who lives and works in the South, it occurred to me that Canada, our nearest northern neighbor, was the last stop on the Underground Railroad for enslaved Americans of African descent seeking freedom. It was a long way and some harsh winters to freedom. But they persevered—freeing themselves. Making it through the wilderness to Canada was a journey fraught with threats of nature, men intent on re-enslaving them, and a legal and governmental system undergirding it all. I wondered what it was like when these newcomers arrived in Canaan, as Canada was referred to in songs sung in the fields and around the cabins. After all, it wasn’t like they had time to pack. Enslaved people may have come with skills and a serious work ethic but not much else in the way of material goods. They faced a sparsely populated land, and a country deeply impacted and influenced by an ongoing struggle for dominance between France and Britain. And in between, the indigenous people were being pushed ever further and farther out. I couldn’t help but wonder if maybe, just maybe, amongst those who gave guidance and sustenance to the lands newest inhabitants were some of Mr. Highway’s ancestors? I’d like to think so. 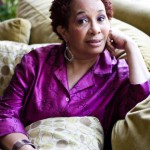 Keryl’s primary responsibility as Alternate ROOTS’ Managing Director is fundraising through various efforts, including grant writing, individual donor development, and management of special events.  She has been on staff since May 2009.

A veteran arts management professional, stage manager, and director, her career now spans decades, and thousands of miles as she has lived and worked on both coasts, spending ten years in the Bay Area, working as Managing Director of Oakland Ensemble Theater, and serving as a board member for Theater Bay Area, a theater service organization for non-profit theater companies.

A brief stint as Executive Director of the League of Chicago Theaters led her to Washington, DC as Director of Theater Programs for the National Endowment for the Arts. Finally, the call came to serve as Managing Director of Crossroads Theater Company in New Brunswick, New Jersey. It was in NJ that she spent six years working with the African Grove Institute for the Arts, (AGIA) founded by the late August Wilson, Dr. Victor Walker, and Professor William Cook.

A think tank and service organization, AGIA was born out of the historic National Black Theater Summit on Golden Pond, convened by Mr. Wilson. Keryl was Director of Institutional Development for the New Jersey Symphony Orchestra when her life again took an unexpected turn as her husband came to GA to head up a health care firm.

It feels like home now to be working at Alternate ROOTS, an organization that has always been near and dear to her heart. Hooray and thank you, Kathie D.