A native of Macon, GA, Chef Neil found his calling to culinary at Idle Hours Country Club, where he then pursued his culinary education at the American Culinary Foundation in Atlanta, GA. Currently he is the Chef Manager at Bob Jones University, leading a kitchen staff of 40. Previously he worked at Christ School in Asheville, NC as the General Manager for 4 years. Prior to Christ School he advanced his culinary skills by working at different location such as Biltmore, Safire Valley Country Club, and Lutheridge Ministries, where he learned to train in food safety, as well as food preparation and appearance. Chef Robinson has a strong food ethics that food should have great flavor and be consistent, allowing any guest to enjoy the same experience time and time again. He strongly believes that enjoying great food with great fellowship is a major pillar of our society. 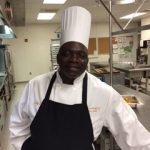 A Native of South Carolina, Chef Mike found his calling to cuisine while studying in High school. He received his first of many culinary certificate of excellence at the age of 20. Chef Mike is currently the Chef at Colonnades dining hall at Elon University. Previously he has worked as Banquet chef at the Kiawah Islands of Charleston, SC and at The Citadel, The Military college of South Carolina. Chef Mike is ServSsafe certified and HACCP trained. He trained in food safety and food preparation at the Winthrop College in Rock Hill, SC.   He believes the most flavorful cuisine is made simply with the best, highest quality products and he considers it part of his job to inspire and educate guests about the bounty that surrounds us. While he is out of the kitchen, Chef Mike is an ordained Pastor at the church “Building God’s Kingdom Ministries” along with his wife Willa Jerideau. 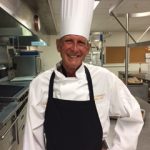 “Chef Cat” as everyone loves to call him, is a native of North Carolina. After he completed his degree in Commercial Art and Design, he was stuck with Culinary Fever. He quit his job as the Art Director at TS designs and went to pursue his career in the Hospitality Industry. Chef Cat has more than 35 years’ experience as a chef and currently he is working at Elon University for the last 15 years. The most notable work he has done is at “Green World” – Vegan & Vegetarian Cuisine at Elon University. He changed the way the students looked at vegetables. Cat has taken on the challenge of creating elegant, bold and flavorful dishes in a wide range of culinary styles that is signature to Green World. He believes in simple food but Eclectic Presentation. Health, Wellness and food safety is epitome of his culinary art. Chef Cat is experienced in Catering, fine dining and Farm to fork restaurant concepts. While away from Kitchen, Chef Cat likes to listen to music, painting as well as to collect Records. Cat has around 3000 records in his collection. 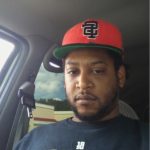 Phil, born in Albemarle, NC has been a native of the state for 34 years. As he was getting his HS diploma, he worked full time as a construction worker representing Youth Build for 6 years. Phil wanted to be closer to his family, so he decided to make a move to the Asheville area. This is where he began his journey with Aramark. Phil has been with the company for 10 years doing various jobs around the dining hall. He started washing dishes but soon found his niche in the kitchen. Phil’s culinary background, which he gets from his father, became the core of the dining hall. In his free time, Phil likes to spend time with his children, play sports, listen to various types of music, but his favorite pastime is relaxing at the lake. 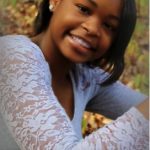 Kasiya, born at Mission Hospital in Asheville at 10:32am has been native to the area her entire life. Kasiya’s first job was child care and realized she was very knowledgeable of hospitality. She began to look for a summer job and her father Philip had the perfect opportunity. This is where she began her career with Aramark just a few months ago. Her responsibilities include prepping, serving, and washing dishes. In her free time, Kasiya likes to play sports and exercise. Her favorite sport is basketball and loves to support the Duke Blue Devils. 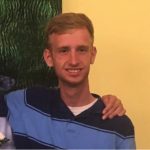 Tommy, aka Tommy Gun, born in Ohio moved to North Carolina at a young age. Tommy is a full time student at AB Tech studying history. He plans transfer at the end of the semester to an undecided location. Tommy began working for Aramark just a few months ago. His responsibilities include prepping food, serving meals, and washing dishes. In his free time Tommy likes to watch TV shows on Netflix, read, and play on the computer. 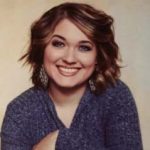 Summer, born in Mississippi, moved to NC in 2005 with her family. She was a kitchen associate with Christ School, a private high school across the street, until she transferred to Lutheridge in May of 2017. Summer currently attends AB Tech for Fine Arts and plans to graduate in December of 2018. In her free time she likes to paint, listen to music, and play with her cats. 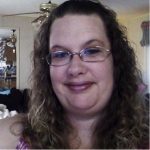 Megan, born in Ohio, moved to NC in 1985. Previously, Megan has worked at Deerfield as a dietary specialist before becoming a part of the Aramark team. She has been with Aramark for 5 years as of July 20th. Her responsibilities include prepping food, serving guests, and cleaning around the kitchen. In her free time, Megan likes to spend time with her 2 children. 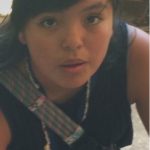 Jenny, aka Jenny from the Block, born in Arizona moved to NC in 2007 to be with her family. She is a sophomore in HS and would love to go to ECU to study Art when she graduates. Summer has been with Aramark since May of 2017. She is a jack of all trades and is responsible for prepping food, serving guests, and cleaning the kitchen. In her free time Jenny likes to stare at ceilings and think, and play soccer. 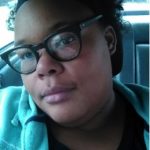 Parris, boo bear, Parks was born in Augusta, GA and moved to Asheville in the fall of 2016. Parris is a phlebotomist and CN by trade but currently works for Aramark while she was pregnant with her daughter Ava. She has been with Aramark since November of 2016 and has enjoyed the experience enough to stay on. Her role is taking care of the guests and cleaning the kitchen. In her free time, Parris likes to play with her 3 children.