Speeding Through Texas: Reflections on the Speed Killed My Cousin 2014 Texas Tour

The Carpetbag Theatre recently took their new play, Speed Killed My Cousin, and the Creative Arts Reintegration project (C.A.R), on a three-week tour of Texas that included stops in Dallas, San Antonio and Houston. Speed Killed My Cousin takes audiences for a ride with Debora, an African American female veteran of the Iraq war, as she travels down the L.I.E., or the Long Island Expressway if you’re not from New York. During the ride, we learn of her battle with Post Traumatic Stress Disorder (PTSD) and Moral Injury.

Speed is also more than just a play.

The C.A.R. project has been traveling the country with the play, and through the C.A.R., we have been working directly with veterans in recovery by using storytelling and other access to the arts, as a tool for reintegration into civilian life that culminates in the production of the Veterans’ Mixtape that puts their stories to music.

The words of warrior poet and feminist, Audre Lorde, had been on my heart and mind when I began to reflect on my time in Texas. In the Cancer Journals, Lorde said, “My silences had not protected me. Your silence will not protect you. But for every real word spoken, for every attempt I had ever made to speak those truths for which I am still seeking, I had made contact…” 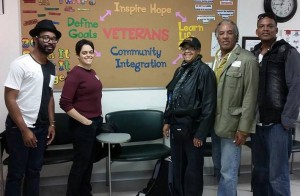 Whether through the after-show talkbacks or the work with the veterans through the C.A.R., we have seen them make contact. We have seen them make contact first with themselves. Through this process of breaking the silence and telling their story, they learn about those truths for which they are still searching, and that self-knowledge is what begins the healing journey. Sometimes it is the first contact that people make with their stories, like a therapist who told us that he had been working with a female veteran for over a year, and that this was the first time that she had told her story about being an officer and experiencing Military Sexual Trauma at the hands of her fellow officers. When you repeatedly tell your story, you begin to see how your relation to your story, your trauma, changes and there is a realization that those things that once controlled and dominated our lives no longer have that power. During our story circle process, multiple people juxtaposed where they were when they first joined the recovery program and where they were now, and you could see the joy come across their faces when they told of the progress being made on their journey to recovery. That journey is something to be celebrated.

Throughout this process, they have also made contact with each other. The community that is created in the recovery center programs is an amazing testament to the power of community. So much of life, trauma we experience, and just over all oppression we face, often drives us into isolation. We then begin to think no one could possibly understand what we are going through, so we suffer in silence, but when we break the silence, we begin to see our humanity reflected in the other and realize that we are more the same than we are different. In almost every session, we heard, “I’ve heard little excerpts of my story in everybody’s [story].” Being connected gives us a network of support when we feel we can’t move forward. In the circle, one of the counselors who was also a veteran said, “If you don’t believe, we will believe for you.” That is the power of community. That is the power that lies on the other side of silence. Imagine a world where we break the silence and actively seek those truths we are still searching…we would be so much better for it. There is so much we can learn from the veterans around us, and in closing, I’m going to stop talking and just let the veterans’ voices speak. 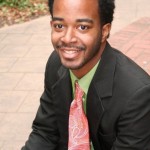 Joe T. is a native of Knoxvile, Tennessee and graduate of the University of Tennessee, Knoxville with a B.S. in Communications. He is a Writer, Artist, Cultural Organizer and Communications Consultant who works with communities to show them how to use art and culture to better the policies and practices that are affecting their communities. He is also active in many organizations including Alternate Roots, the Black Immigration Network, and the S.T.A.Y. Project, where he is a founding member and works to make Central Appalachia more inclusive to young people working for social change. For more information, please visit www.TheJoeT.com.