The Aesthetics of Valuing Difference: Art & Movement Building in the 21st Century 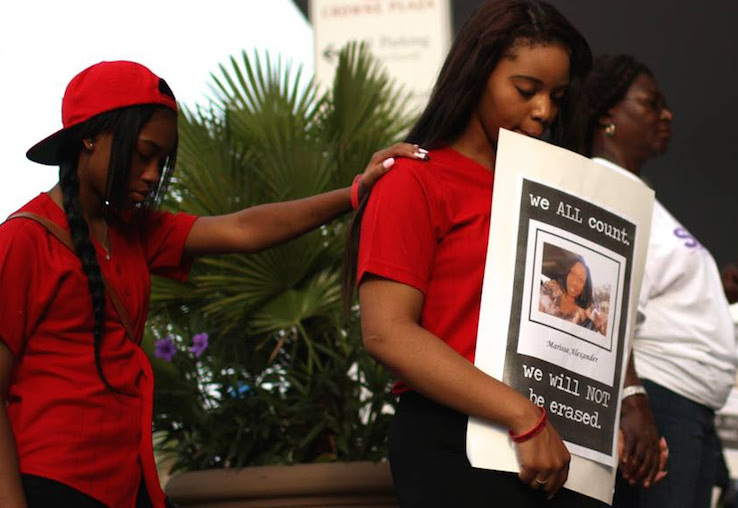 Alternate ROOTS is proud to be collaborating with Project South through our Partners in Action Program. Founded in 1986, Project South has developed thousands of leaders within communities directly affected by racism and economic injustice in order to build social movements to eliminate poverty. We thank Collette Carter for sharing her thoughts on the importance of aesthetics in movement building.

Throughout our grassroots social and economic justice movements, we are sharing our experiences and best strategies among community bases both locally and nationally to confront power and inequity.  This transformative experience comes with the realization that we must center the communities directly affected at the intersections of race, gender identity, gender expression, low/no income, physical and mental ability, citizenship, and criminalization in the identification of barriers to access, strategy solutions and visibility in addition to centering these same communities in the decision making power of our solutions for change. This ideology develops and sets the benchmark for change which impacts more than the most privileged. We are building social and governance structures birthed from communities of color and infused with accountability and solidarity across identities. These models provide a way for movements to understand and unlearn the impacts of the external and internalized systems of oppression. 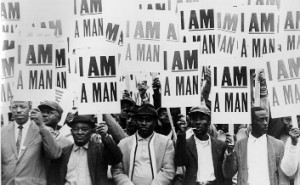 This past summer marked the 50th anniversary of the Freedom Summer in America, which mobilized thousands of people across many identities to confront racial inequity and deconstructed the prevailing privileged White American aesthetic of the time. There is nothing vague or unclear in the aesthetics that comes to mind when we viewed the iconic images of Black men wearing signs that read “I AM A MAN” from the 1968 strikes. The statement itself is simple yet holds a complexity of race, gender, ability and recognition of humanity that could not be ignored. That statement also references how African American communities, blocked from political power, are fighting to been seen on many fronts — jobs, art, education, entrepreneurship  — and reminds us that truthful choices can create the most powerful aesthetics.

A key example of art and movement building can be found in The Free Southern Theater (FST). Co-founded by John O’Neal, Doris Derby, and Gilbert Moses in 1963 to be a cultural wing of SNCC, the FST was a crucial catalyst for change during this time. In 1963 FST performed Freedom Election, a separate “mock election” timed to coincide with the state’s gubernatorial election of 1963. In a state where nearly all blacks were disenfranchised, some 80,000 citizens who could not legally vote at the time “elected” an unofficial straw ballot. The goal was to show the desire of blacks to participate in the electoral process and to give voice to the 80,000 citizens.  This was also a significant shift in who controlled the creation and performance of African American voices and perspectives in mixed spaces, previously opportunities to witness this outside of African American communities often came with heavy decision making (if not total decision making) of White allies such as Jean Genet’s The Blacks: A Clown Show or White exploiters/objectifiers as in vaudeville.

The opportunities created by African American communities to have a visible voice that reflected our truth is immeasurable and can still be witnessed today. Junebug Productions is the organizational successors to the Free Southern Theater; Carpetbag Theatre was founded in 1969 with a mission to give artistic voice to the issues and dreams of people who have been silenced by racism, classism, sexism, ageism, homophobia and other forms of oppression. There are also frontline organizing centers such as the Esperanza Peace & Justice Center in San Antonio, TX who work to preserve and promote artistic and cultural expression of and among diverse communities. There is also the work of Southerners On New Ground in Alabama, North Carolina, South Carolina, and Virginia, which envisions a sustainable South that embodies the best of its freedom traditions and works towards the transformation of our economic, social, spiritual, and political relationships. These theatres and community organizations are engaging people at the intersections of analysis within land and environmental justice, immigration, disability justice, anti-violence, LGBTQ liberation, reproductive justice, and mass incarceration using art that expresses clear cultural community aesthetics.

The possibilities inherent in the acts of unlearning  privilege can be viewed online in Kara Walkers’ largest public installation to date titled The Subtlety or the Marvelous Sugar Baby, an homage to the unpaid and overworked Artisans who have refined our Sweet tastes from the cane fields to the Kitchens of the New World on the Occasion of the demolition of the Domino Sugar Refining Plant or if you can catch Progress Theatre’s The Burnin’ which traces how African Americans receive and redefine legacies of Black identity to accommodate their contemporary realities. Both of these works reflect the impact of American history’s White washed point of view center stage and reminds us of the effect that indoctrination has on us all.  Let us never forget the power of transformation is in our experiences and opportunities. 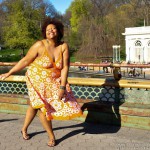 Born in St. Louis, MO and raised in New York City, Collette Carter is a self-identified Black Queer Fat Femme. She comes to Atlanta as the former co-director of the Audre Lorde Project, a community organizing center for Lesbian, Gay, Bisexual, Two-Spirit, Trans and Gender Non-Conforming people of color. Collette brings over fifteen years experience in community building, leadership development, nonprofit management, theatre arts, and film. Her philosophy is that the heart of movement-building is the work of making spaces which help us sustain hope, the possibility for survival, as well as transformation.