The Day We Chased the KKK Out of Their Hometown 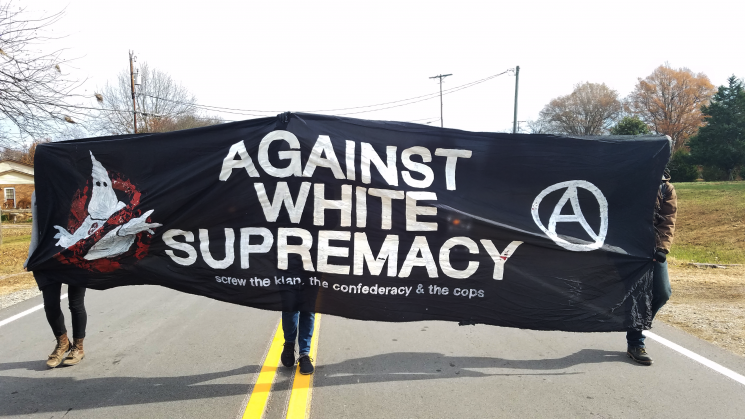 Saturday, Dec. 3, 2016. Just after sunrise, an eclectic group of 40 mostly White anarchist-types gathered at a city park in Durham, preparing to face off with the Loyal White Knights. One day after Trump’s election, the KKK made national headlines when they announced their plans to host a Trump victory parade at an undisclosed location in North Carolina. During the weeks leading up to the parade, organizers scoured the internet for details and formulated a plan to shut down the feral, highly-dysfunctional, covert society that is the KKK. With no specific coordinates to target, several thousand decided to counter-protest in Raleigh, Durham, Charlotte, and elsewhere in North Carolina.

However, there were a couple hundred people who insisted: wherever the KKK showed its face, they would be there to shut it down. By any means necessary. And I had agreed to document their pushback. 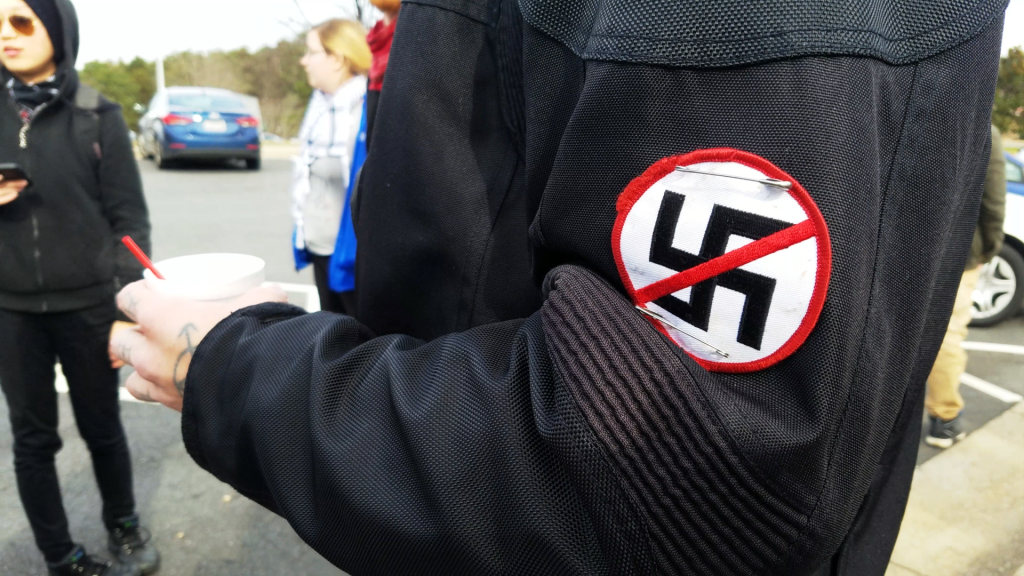 Dressed in Black and carrying baseball bats, the group was unabashed about their intention to defend themselves. They would soon caravan more than an hour to Pelham, North Carolina, joining hundreds of protesters in the all-day hunt, pursuit, and antagonization of the KKK, as they scurried from North Carolina to Virginia and back again, in an attempt to dodge the protesters.

Excitement and anxiety shot through the crisp morning air. No one knew what would happen next or if they’d make it out in one piece. But many knew they were doing something unprecedented. At no time in recent history had Whites taken such a bold and unapologetic stand against White supremacist organizing in the South.

There was reason to be gravely concerned – the Greensboro Massacre. In 1979, four members of the Communist Workers Party were ambushed and killed by KKK/American Neo-Nazis when they counter-protested a march in solidarity with Black textile workers. The police were rumored to have colluded with the KKK. All assailants were tried and acquitted by all-White juries at the state and federal level.

I know the ugly underbelly of American aggression towards dissenters against White supremacy like I know my own name. Most Black people, most people of color, are fluent in the hypocrisy, violence, and inequity of America. Election Day 2016 brought these realities home to progressive Whites who’d been gaslit into a false sense of comfort and belief in the democratic process. 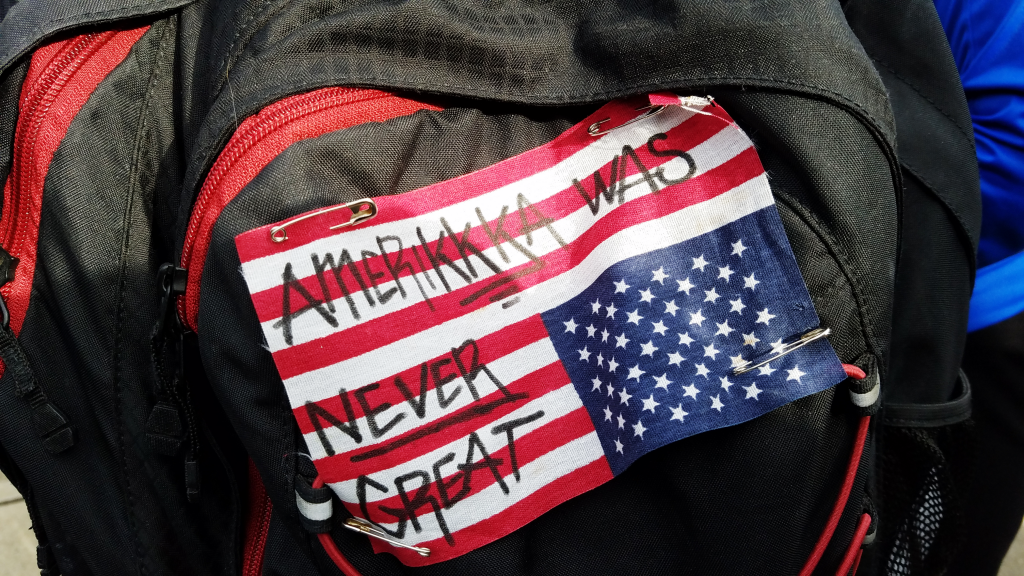 Within a week of the election, there were more than 400 reported incidents of U.S.-based anti-Black, anti-Islamic, anti-Mexican, anti-woman, and anti-LGBTQ attacks perpetrated primarily by White men. According to the Southern Poverty Law Center, within the month there were more than 900 reported cases. During that time, Trump assembled the most regressive, openly bigoted collective of presidential appointees that we’ve seen in decades and rarely disavowed the foot soldiers who felt emboldened by his presidency to yell at, spit on, harass, and physically harm the various people he’d thrown under the bus to bolster his campaign. Nor did he denounce the KKK’s official endorsement of his candidacy. Ever.

Named after a Confederate colonel and home to the Loyal White Knights, the unincorporated town of Pelham, North Carolina was announced as the parade location the day before the big event, with no further details. Fear of being ambushed or some other elaborate scheme to jump-start a race war quickly dissipated as protesters gathered in the hundreds at the Piedmont Triad Visitor Center, and the KKK announced that they were postponing the parade by 2 hours. Perhaps they’d caught wind of the group’s direct action plan to obstruct the path of the parade as it moved across state lines to Danville, Virginia. Or perhaps the KKK was still reeling from 3 of their key organizers being jailed just hours before for brutally stabbing one another.

The first delay kicked off an intense set of company moves. Each time the KKK changed the parade location from Pelham to Danville, then back to Pelham, then Danville again, protesters jumped into dozens of cars and hustled across the state line. The closest the counter-protesters ever got to the Klan was in Danville. Pick-up trucks bearing Confederate and KKK flags were seen fleeing the Last Confederate Capitol, just as protesters parked and unloaded.

In the midst of all the caravanning, and flanked by several major media outlets, the sometimes seemingly-leaderless gathering opted to take the streets in both Pelham and Danville to make sure the KKK and all residents know: the Klan is not welcome in the state of North Carolina.

In Pelham, protesters marched and chanted for an hour while one beefy police officer pursued them on foot and 3 of his colleagues trailed in cars yelling over a megaphone for protesters to clear the streets or else they’d be arrested. The police were ignored. No one was arrested. 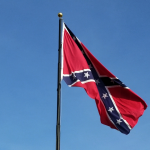 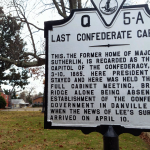 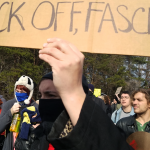 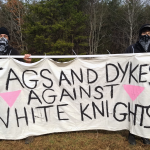 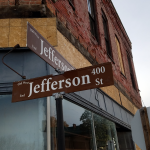 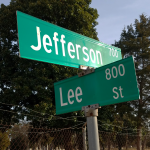 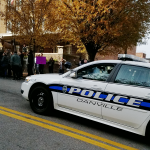 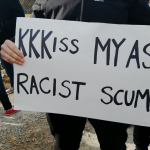 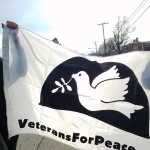 In Danville, a primarily Black town riddled with Confederate flags, signage and monuments, protesters marched down streets chanting “The KKK’s not welcome here!” and “All lives matter when Black lives matter!”

Black children from area neighborhoods drifted in and out of the shifting mass of people, curious and excited. People blew their horns in solidarity and shouted thank yous from front porches. Some simply stood and watched, speechless.

Mid-afternoon, post-march and seven hours into pursuing the Klan, an organizer announced that a KKK spokesperson tweeted the parade had been cancelled. The crowd, now dwindling, erupted, declaring their victory. However, it turned out the KKK trolled the protesters and redirected their unimpressive caravan of 20 or so cars complete with North Carolina Highway Patrol escort, to Roxboro, North Carolina, where they were seen driving through an intersection thinly yelling “White power” from their vehicles.

Despite the Roxboro caravan, December 3rd marks a clear victory for Southern anti-racist workers as they were able to make the KKK delay, re-route, and re-locate a highly-anticipated parade that would have emboldened even more of Trump’s foot soldiers had it gone unchallenged. I was humbled and impressed by the group’s tenacity, agility, stamina, and commitment.

I count this victory among other recent never-before-seen acts of resistance against Southern White supremacy, whether it’s the thousands who poured into the streets for more than 2 weeks during the #CharlitUprising to protest the police killing of Keith Scott (September 2016), the thousands who occupied the North Carolina state capitol in opposition to HB2 as a part of Moral Monday (ongoing), the thousands who protested the confederate flag rally at the South Carolina state capitol just weeks after Dylan Roof murdered the Emmanuel 9 during Bible study (July 2015), or Bree Newsome’s courageous act of civil disobedience the day she scaled a pole and removed the confederate flag from the South Carolina state house (June 2015).

I have questions for my Alternate ROOTS community. It takes a lot of energy, creativity, and commitment to push back against ruthless people. Do we have it in us to be just as ruthless in our pursuit of justice? How do we prevent ourselves from becoming comfortable with Trump? Will we stalk and antagonize the KKK each time they re-appear? Are we willing to infiltrate and talk some sense into hate-mongers? Is that even possible? For those of us with bigoted family members, how can we be more courageous and more deft in confronting and transforming the culture of our families?

Above all things, what are some simple, daily sustainable acts we can participate in to make ourselves utterly ungovernable by the current administration? And how will that lead us towards the world we desire to live in?

A Vision for Black Lives

Showing Up for Racial Justice (SURJ)

Katina Parker is a filmmaker, photographer, and writer based in Durham, North Carolina.