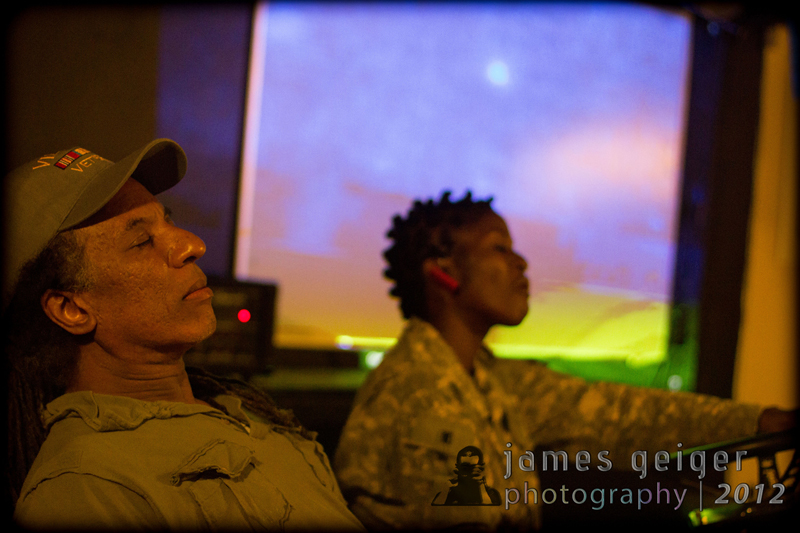 The open dress rehearsal of Linda Parris-Bailey’s Speed Killed My Cousin was performed last Saturday night in the theater department at the University of South Florida in Tampa, FL. I must say I was extremely nervous about stage managing a show with only a week of preparation but I was even more nervous about the audience members that were in attendance. Not only did the audience consist of USF theater students, but also college professors, members of the Muslim community and war veterans from Iraq, Afghanistan, and Vietnam. The content of the show is very heavy and consisted of rather strong language. Although there was so much beauty to the piece, I was terrified of offending someone. To my delight and relief, the audience feedback and responses in our post show talk back were better than expected.

Phrases such as “cultural respect” and “cultural integrity” highlighted the audience’s responses. We were even thanked for handling the subject matter in a delicate way. A U.S. Army veteran who served in Iraq complimented our lead actress Ashley Wilkerson for the way she honestly and accurately created a sense of alertness that reminded him of what is was like being on duty in Iraq. I can’t even remember how many people told me personally how important it is for this story to be told after the show.

Fanni Green, a theater professor at the university and our faculty sponsor, stated that the telling of the human experience that was displayed in Speed Killed My Cousin is a crucial practice that all of the students should witness. She mentioned that she appreciated the fact that the play served as evidence that American struggle goes beyond the Willy Loman conflict and that true American struggle has many faces. Professor Green even praised Carpetbag Theatre company and said that we were a great example of how “you can make your own work” after college.

Wednesday was the end of Carpetbag’s residency in Tampa. In our closing session with veterans of the Voices of Recovery drama group, we continued our work with digital story telling. Individually, we all told a story from our past of an event that took place that taught us a lesson in survival. The stories ranged from a romantic love story about a crush from the first grade to a dark and heavy story about loss and abandonment. After the stories were documented and edited, they were then enhanced by a soundtrack. Each person picked a song to color their story. The music added another layer of wonder to their stories. The next step involved selecting images to accompany certain parts of the story and music. Sometimes when there were no words being said, the images said them. At the conclusion of the session, each participant received a copy of the recorded stories to take home.

Throughout the process a common theme would continue to resurface. Trauma. Although all of the stories were not about surviving a traumatic event, the majority of the stories were. Almost everyone is involved in a traumatic event at least once in their life and the road to recovery can be a long and rocky one, but we all agreed that expression and sharing of those feelings really jumpstarts the healing process.

I am so grateful to have been a part of this residency. I have probably learned more in this past week than I have learned all summer. I am also honored to share our adventures with the Alternate ROOTS family. Work of this magnitude serves as bold reminder of why I chose to be an artist. There are stories that need to be told in this world and it is our responsibility as well as our pleasure to share them. 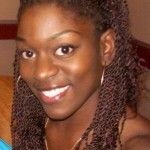 Carmin Williams is a native of Jacksonville, FL and is a recent graduate of the University of South with a B.A.  in Theater Performance. She has worked professionally and toured with Ruth Eckerd Hall Theater of Clearwater, FL as the lead in the show Vote. She has also stage managed and performed in a number of shows in her Jacksonville. Carmin hopes to attend graduate school within the next year and is unsure of what she will decide to do afterwards. Her motto is “The sky can never be the limit when there are footprints on the moon.”

Tagged with: Partners in Action, Speed Killed My Cousin