A New Slate: Welcoming New and A Fond Farewell to Outgoing ExCom Members

At ROOTS Week 2014, we voted in a new slate of Executive Committee (or ExCom) members who will meet throughout the year to address organizational areas, governance, and strategic direction. While eight ExCom members are returning for the 2014-15 year, five dedicated souls have completed their service. We wanted to take this moment to thank Billy Munoz, Marquetta DuPree, Omari Fox, Andrea Assaf, and Sage Crump for all their work over the years. We’re also excited to welcome the four new ExCom members who have come forward to take their place.

I asked Dan Brawley, now in his sixth year of ExCom service, to reflect on the outgoing member’s contributions over the years. Here’s what Dan had to say:

Billy Munoz: Billy’s a really soft and gentle soul. He’s been a great listener and he’s really courageous in a way that is not always what we think of when we think of courage. When we think of courage we often think of people who are beating their chests. Billy has a softer courage. Billy brought a voice from Texas to ExComm, he brought a culture that’s not always at the table. Our hearts go out to Billy, we missed him this year at ROOTS Week and hope to see him again soon. 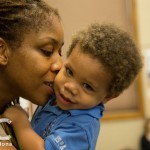 Marquetta DuPree: Marquetta draws her family into the room with her, which is one of the things that kept us all sane — to have the youngest ROOTer running around the room. She’s one of the people who grew up in ROOTS, you can tell that ROOTS is part of the fabric of her being and her existence, and she’s raising her son to be that way too. She was really dedicated to bringing the youth voice into the room, which is something we’re still working on. She would also often drop us into a Zumba break. Without Marquetta on Ex Comm, we’re all gonna look a lot less sexy when we’re dancing. 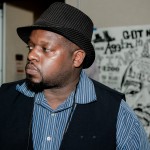 Omari Fox: The deep, deep voice of Omari Fox. Deep, deep as a pun about how he sounds, but also about his creative, artistic voice. Even when we’re talking about something mundane and drab, Omari brings poetry to the conversation. I remember times when we were hours into a meeting, and you’re doing something really boring, and Omari in a really soft, distinct way would say something that completely blows your mind. He’s one of those people who is able to lift the conversation up to a different level. He’s one of those people, you’ll go through a two hour meeting, and he’ll say two sentences and it will be the thing you remember two months later. 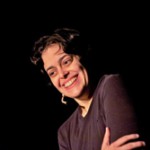 Andrea Assaf: Andrea’s voice has been really valuable on ExComm. She likes to dig in and get into the critical discourse and talk about the values of ROOTS and the way they express themselves, and the way they sometimes get lost. She’s someone who holds you to the fire. She asks us to use the lens of social justice to measure the kind of work we’re doing, and make sure we’re not just doing the kind of work that the rest of society rewards. I’ve learned a lot from having her in the room. She’s one of the people who’s really made me pause and reconsider how I’m operating in the room as a white male. She’s one of the people who is not afraid to stand up and say, I’m gonna make this difficult because that’s the way it ought to be done. She goes out on a limb and says we need to stop and reconsider this from a different angle. Andrea brought some really good facilitation skills to the table. I know that wherever her energies shift, good things will be done. 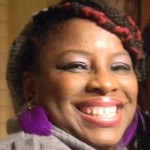 Sage Crump: Sage is one of the ExComm members who has been in the group the longest. She’s done a lot of the heavy lifting that doesn’t always get recognized. Sage is a grounding being, she brings so much wisdom and insight into how the internal mechanisms of ROOTS function; that’s really unique and really valuable. The last several years has been a really pivotal, transitional moment — we made this leap from being a grassroots, volunteer-led organization to having a larger staff. Sage has been one of the constant threads through that period of change that’s kept the organization together; she’s been a rock and a foundation. The entire organization owes a great deal of gratitude to Sage. This is certainly a fitting time to recognize everyone, but Sage especially, and the thousands of hours she volunteered, being a shepherd during this time of change.

We’re so grateful for the work of Billy, Marquetta, Omari, Andrea, and Sage, and so happy to welcome Amalia Deloney, Jess Solomon, Nicole Garneau, and Trey Hartt to ExCom. If you don’t already know these wonderful folks, here’s a bit about them:

Amalia Deloney has over 17 years of experience in community and cultural organizing, with a specific interest in human rights, cultural rights and traditional knowledge. Born in Guatemala, she worked for many years at the Main Street Project, where she co-directed a nationally recognized rural Latino initiative called The Raíces Project. Following this, she coordinated the media policy initiatives of the Center for Media Justice and the Media Action Grassroots Network (MAG-Net). Additionally, since 2004 she has been a Cultural Organizer with Arts & Democracy Project. Amalia earned her B.A. in Urban Studies and History and her J.D. with a focus on Social Justice. 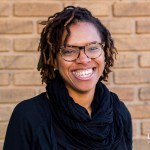 Jessica Solomon is an organization development practitioner and community artist in Washington, DC. She’s worked alongside dozens of dynamic organizations developing strategies and programming that brings creativity to the work of social change, community development and sustainability. At her company Art in Praxis, she approaches strategic planning, visioning, evaluation, and communications with people and culture in mind. Currently she’s exploring civic engagement through gaming.

Nicole Garneau is an interdisciplinary artist making site-specific performance and project art that is directly political, critically conscious, and community building. She is currently writing a book about the UPRISING project: 5 years of monthly outdoor performances exploring practices of revolution. Nicole is adjunct faculty in Women‚Äôs and Gender Studies at DePaul University. She holds a B.A. in Theater from the University of Illinois at Chicago and an M.A. in Interdisciplinary Art from Columbia College Chicago. She also teaches a variety of creative workshops with children and adults, makes ceremonies, and practices healing. Her work is documented at nicolegarneau.com.

Trey Hartt’s journey has taken him all over the country. Aa a child of an Air Force Colonel, he moved every two years before landing in Richmond, Virginia in 2004. In 2006, he began working with The Conciliation Project ( TCP), a Richmond-based social justice theatre company that ignites dialogue about racism and other forms of oppression in America. He currently serves on TCP’s Board of Directors.

Trey also works at ART 180–a non-profit that gives young people living in challenging circumstances a chance to express themselves through art, and to share their stories with the community–as the Resource Development Manger managing fundraising, volunteers, events, and communications.