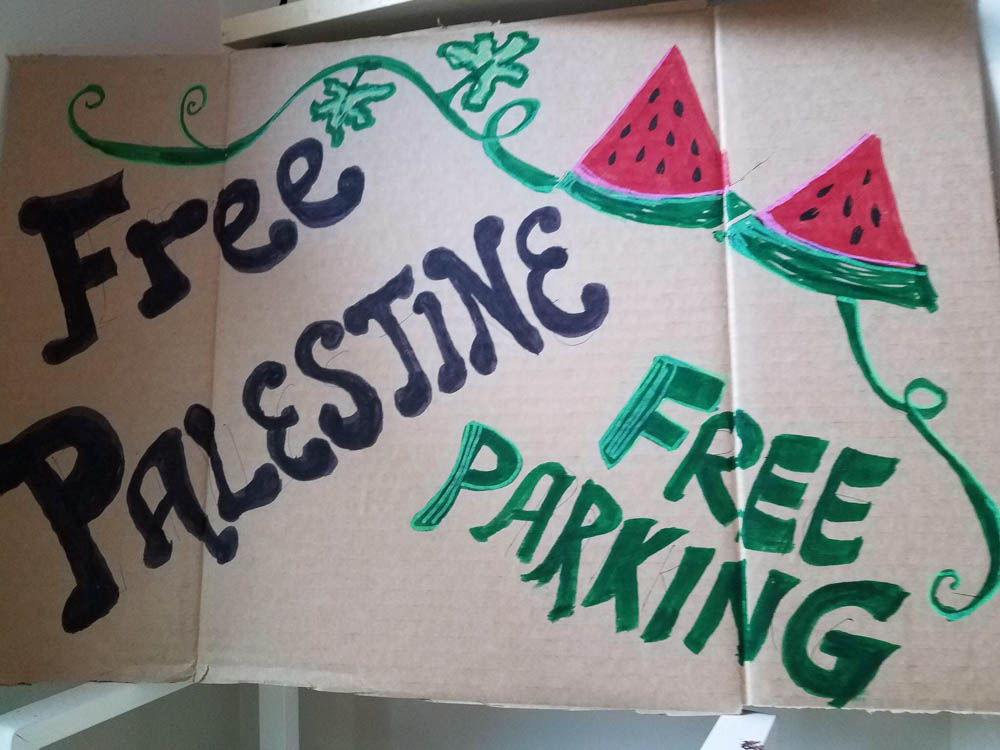 Poster from Palestine Solidarity Event in Washington DC, May 2021. Photo by Rasha Abdulhadi

During the pandemic, I’ve noticed medical professionals and even Long Covid advocates start with data from an apartheid colonial state overseas and go on to ignore unequal access to vaccines, masks, tests, time off, healthcare, food and shelter here. The two are not unrelated.

Epidemiologists and public health scholars who cite data from a settler colonial military occupation and apartheid state – without mentioning the Palestinians blocked from accessing vaccines, hospitals, basic healthcare, housing, or even food – are not practicing science, they are repeating the poetry of propaganda.

I quit a job last year because they weren’t sure they could say Free Palestine. I found it impossible to work during a televised genocide. The organization did eventually release a solidarity statement, and I read it in the context of folks still sorting their clarity and commitments.

People can mean very different things when they say #FreePalestine. Depending on the person, that ‘free’ might mean humanitarian aid, an end to the carpet-bombing of Gaza, a ‘renewed peace process,’ a return to ‘67 borders, a two state solution, UN membership, a single state solution, or complete decolonization. But: just because people mean different things when they call for a Free Palestine doesn’t mean that it doesn’t mean something for them to say it—or that it doesn’t matter to notice who will never say it (most US politicians), who is angry when others say it (the Apartheid Defense Lobby), and who will punish, harass, doxx, fire, deport or criminalize others for saying it. Sometimes, it means so much for people to just say Palestine: the erased, the criminalized, the displaced, the bombed, the imprisoned, the dispossessed, the demolished, the uprooted, the cut down, the walled off, the seized, the surveilled, the blockaded, the cut off, the separated and not equal.

Even when folks don’t feel clear about what it would mean, what it might take, to free Palestine or Palestinians, when non-Palestinians say Palestine, it offers care to a people who have survived more than 73 years of active campaigns to dispossess them of land and erase their very existence from the land, the map, and the history books.

Depending on the person, #FreePalestine could mean advocating for a ‘two state solution’ or one state solution or full right of return and Land Back for all Indigenous peoples. So, it can be productive to ask: what would it mean to free Palestine, to free Palestinians? And as Sophia Azeb asks: Who Will we be When we are Free?

What is worth saying in solidarity with Palestine? What good could words possibly do?

Whose actions and speech challenge power and whose take the side of power, wrap themselves in power, or protect themselves from consequences by hiding behind power even as they taunt the powerful?

What words are strategic, and for whom? What kinds of language count as action, and how much action do they count for?

What words indicate liberation? What language indicates suppression or counter-organizing?

What can’t be accomplished with statements?

What language carries risk for the people who speak it? Which people carry more or less risk, saying even the same thing?

There are some actions of solidarity that are accomplished by speaking.

There are some that cannot be accomplished just by speaking.

It’s possible to use words that sound nice in a general way but mean, in their historical and material context, absolute murder and war.

What maps have you seen that show Palestine? Show me Palestine on a map. Look for the names that have been written over. Even the reporting erases.

I haven’t written or helped write any solidarity statements on Palestine, though I have read most of them and been asked to review quite a few.

I think the conversation feels very clear at this point, and I have little patience for folks who need a Palestine 101. If we can agree, for example, that no occupied people deserve to be carpet bombed for 11 days as Gaza was in May 2021, then there are some worthwhile conversations to have, and much history we can discuss and learn from.

What actions come after solidarity statements is more important than both of these things.

Links to further reading via a few Twitter threads:

Palestinians are demanding liberation not donations

Palestine is a disability justice issue

The peace process is a war

List of a few solidarity statements by Palestinians or for Palestine:

Statement of Hope and Dignity: the Unity Intifada Declaration 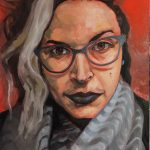 Rasha Abdulhadi is a queer Palestinian Southerner who cut their teeth organizing on the southsides of Chicago and Atlanta. Rasha’s writing has appeared in FIYAH, Strange Horizons, Shade Journal, Mizna, Room, |tap| magazine, Beltway Poetry, and Lambda Literary. Their work is anthologized in Essential Voices: A COVID-19 Anthology (forthcoming), Unfettered Hexes, Halal if You Hear Me, and Luminescent Threads: Connections to Octavia Butler. A fiber artist, poet, and speculative fiction writer and editor, Rasha is a member of Justice for Muslims Collective, the Radius of Arab American Writers, and Alternate ROOTS. Their new chapbook is who is owed springtime.