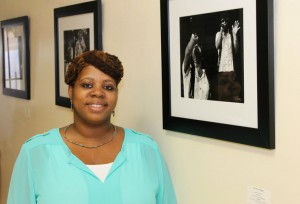 Carolyn Grady is an Atlanta-based photographer. She is a Philadelphia native and a graduate of Temple University whose portfolio is packed with images that emotionally connect audiences with live performance art. For almost a decade, Carolyn’s photography has been featured in traveling exhibitions and curated exhibits. Her work has also been published in the coffee table book Atlanta’s Midtown Mile. Her knack lies in her ability to anticipate the movements of her subjects and then capture the raw energy delivered by performance art and self-expression. She uses her lens as a vehicle; not only to ‘preserve moments in time’ but to draw audiences back into those moments, allowing their stories to be revisited over and over again.

Microphone Check: Hip Hop In Focus, A Music Photography exhibit, which consists of approximately 15 framed concert photos that capture performing Hip Hop artists in their best light. My goal is to preserve and share music moments. Artists include Public Enemy, Mos Def, De La Soul, Common, MC Lyte, Erykah Badu. The artist is looking to expand the exhibit to include images of more artists and to tour as well. The exhibit has been featured at the Auburn Avenue Research Library. 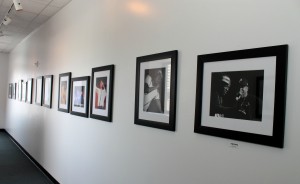 The solo exhibit was featured by Auburn Avenue Research Library June 2 – July 18 2014. The exhibition consisted of live performance images of pioneering Hip Hop artists and emerging artists as well. Two of the images showcased original artwork on the matts.
http://www.rhythmicimages.com/1389483-microphone-check-exhibit

Sistagraphy group exhibit was hosted at Atlanta Hartsfield International Airport January 17 – March 19, 2014.  My featured image was a concert photo of singer/songwriter Emeli Sande which I took at The Tabernacle in 2013.
http://www.rhythmicimages.com/sound-gesture-movement