Living in the Call & Response 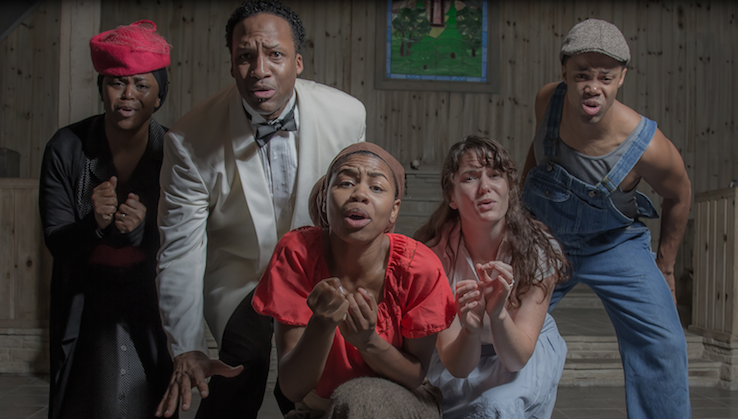 When I am asked if my newest piece, The Burnin’ with Progress Theatre, is done, my passing response is that the piece is never done. It may be ready to tour, ready to meet an audience, but not done. It is a living work in constant response to its environment, an environment that changes with every tour site. If there’s time, I may share that I believe a piece is most complete when it is existing in front of an audience and becoming what it is because of that exchange, that live space of call and response and the people who are experiencing it “now.” I may share that, as a result of every engagement and every audience, the piece expands and becomes something new…more. As long as a piece is being shared in the call and response space of live performance—how could it ever be done?

And if I’m on a roll, I’ll say I don’t know what done means. I just know what ready means. Ready for the work of peace and progress. Ready to take on the next step, ready to meet the audience, the community and ready to be changed yet again and to be reminded that there are as many ways of knowing, sharing, performing and experiencing the piece as there are audiences, spaces and communities with which to engage. I don’t know done. I know ready.

So, in the weeks leading up to ROOTS, my thought was just that the ensemble and The Burnin’ were ready to move out of the womb of closed rehearsals and into the public workshop space of ROOTS. I experience ROOTS Week as both a retreat “away” and a retreat “to.”  Away from those spaces that place little value on the work of the arts or undervalue the power the arts have to achieve lasting change. To a space where that value is not only the norm but the expectation with a community primed for engagement. To workshop the piece where artists are valued for embracing their vulnerabilities as creators, and where access to feedback is open and automatic, especially for Progress Theatre, for whom audience interaction so intimately and immediately crafts our focus and our form, has exponential power.

ROOTS was the perfect “bridge space” for Progress Theatre as we ready ourselves for touring. As an artist invested in the call and response as an essential part of African American performance aesthetics and the ensemble development of a piece, ROOTS provided the opportunity for access to sustained feedback from ROOTers; an open, willing and critically-eyed audience of artists and activists who shared and soul-bared on their experience with The Burnin’ not only immediately after the performance, but over breakfast the next morning, dinner 3 nights post or on the eve of week’s end.  This type of sustained access to audience response is exceedingly rare, and provides unique opportunity for aesthetic, creative and structural adjustment to how audiences engage with Progress Theatre’s work and what we as an ensemble want the work to do. As audience feedback that extends outside of the moment of engaging the piece, it includes perspective on the work gained during, and after, many hours/days of reflection. It is feedback that includes not just the immediate, visceral and cognitive experience of the piece itself, but includes access to reflections on that experience, internal (and external) dialogues spawned by sitting with that experience and is inclusive of examining how the piece fits into larger critical conversations and other performances that occur during the week.

ROOTS Week was perhaps the most comprehensive opportunity for access to audience Progress Theatre is able to experience as an ensemble. It is priceless in terms of fine-tuning the work. It enables the work to ready itself and grow into being responsive to community needs, desires and even potential “blind spots” in a way that only ROOTS could. It is a bridge space because it provides the support, logistically, in terms of physical space, access to audience and communal safety. As we transition the piece from rehearsal to touring, The Burnin’ will progress as so much richer of a piece for the bridge space that ROOTS afforded. It’s a time spent living inside the call and response.

“When we reject the single story, when we realize that there is never a single story about any place, we regain a kind of paradise.” ~Chimamanda Ngozi Adichie, from her TED Talk, “The Danger of a Single Story”

As I reflect on my gratitude for the space of this bridge, there is another ROOTS gift that is unique. While ROOTS is available to all artists, it is essentially a self-defined Southern service organization, proudly and committedly so! The semantics of titles like “The South” speak to a reductive tendency toward a homogenous single story that erases the complexities of southern spaces and identities. As a Southern born/raised/based African American female artist, access to a space with fellow Southern artists and activists ready to engage the love, pain and complexities of Southern legacies is precious. Working on a piece that engages race, identity, privilege, place, community and survival; that is partially inspired by events occurring in the South; and in an aesthetic built from performance traditions shaped by the realities and culture of U.S. slavery and its descendants, the blessing of this bridge space was particularly valuable for The Burnin’. It is a bridge built on a foundation that steadfastly refuses “the single story,” that calls us all to share many stories and hear even more stories—understanding that the more we expand the story circle, the more we know ourselves and the better we become at the work of healing.

Here’s to ROOTS…for being a Southern-identified organization and refusing the single story of the South and the single story period….and for committedly seeking, instead, to engage structural, communal, social and artistic complexity and multiplicity…and for understanding that anything less would be dangerous.

Here’s to living in the call and response. 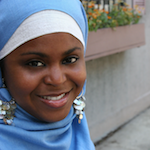 Playwright, Director, and Ensemble artist Cristal Chanelle Truscott creates “Neo-Spirituals,” her term for the a’capella musicals she crafts from the legacies and the contemporary experiences of African Americans. As founder of Progress Theatre, Cristal has created several Neo-Sprirituals including PEACHES, a rich, complicated picture of Black female experiences in contemporary America (published in the TCG anthology Plays from the Boom Box Galaxy), and ‘MEMBUH, a family saga that explores the power of remembrance and inherited legacies, both imagined and real. She has received a NEFA National Theatre Project grant, multiple NPN Creation Fund grants, and is a recipient of the 2014 Doris Duke Impact Artist Award. She is Assistant Professor and Interim Department Head of Music & Theatre at Prairie View A&M University where she teaches “Soulwork: Emotional Availability,” the acting method she developed based on African American performance traditions and aesthetics. Her new play with Progress Theatre, The Burnin’, which reimagines two nightclub fires separated by decades, is scheduled to premiere in 2015. To learn more, visit: www.ProgressTheatre.com.