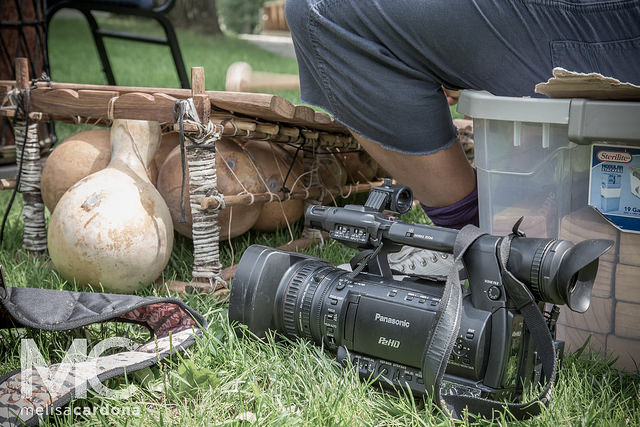 At ROOTS Week 2014, I had the good fortune of helping conduct a learning exchange to explore Aesthetics in documentation and communication. From my own experience, I believe in the power and efficacy of documentation to strengthen the practices of community-based art and cultural organizing. Because I live in the Appalachian coalfields, documentation is often my primary means to connect with other artists, organizers, and communities across geographical boundaries.

However, like many of the people I spoke with about the topic of this learning exchange, the term aesthetics has not been an active part of my vocabulary for describing my own work or the work of others. This essay is my attempt to distill the two-hour learning exchange into a meaningful, although incomplete, document of the conversation that can be used to continue it and invite new voices to take part.

While planning the learning exchange, the conveners named two common responses we heard when asking folks about the term aesthetics. The first response to the word was that it is considered an approach to evaluating art that imposes hegemonic standards and criteria of beauty, frequently by encoding racism, classism, sexism, and other oppression into the requirements for a piece to be considered aesthetically pleasing fine art. Another common response was that aesthetics is a vague academic term, with no agreed-upon definition for the communities and cultures with which ROOTS members work.

Since we lacked a consensus definition of aesthetics to draw upon during the learning exchange, the conveners offered a concise definition of the term to ground the conversation. Bob Leonard shared this working definition at the beginning of the exchange: “Aesthetics is an inquiry into how artists, in their products and processes, utilize sensory and emotional stimulation and experience to find and express meaning and orientation in the world and to deepen relationships amongst artists and their partners across differences.” This definition presents aesthetics as the opposite of anesthetics, which would be an inquiry into how to dull and deaden experiences.

Whether or not this definition of aesthetics is the starting point for ROOTS, I have come to agree that a plain language definition would be instrumental for artists and organizers to effectively document and communicate the aesthetics of our work across the boundaries of discipline, sector, culture, race, class, and other differences.

The Alternate ROOTS mission statement models the use of accessible language when it states that ROOTS “supports original art that is rooted in communities of place, tradition, or spirit” and that ROOTS “[calls] for social and economic justice and are working to dismantle all forms of oppression—everywhere.” To paraphrase my colleague Jamie Haft, who also participated in the learning exchange, “the work of documenting, archiving, and communicating this kind of work is itself a political act.”

The learning exchange presented three case studies in order to illustrate ways that performance projects led by ROOTS members approach the documentation of work which is rooted in place, tradition, or spirit. Cristal Chanelle Truscott of Progress Theatre, Nick Slie of Mondo Bizarro, and Linda Paris-Bailey of Carpetbag Theatre discussed their documentation work in response to prompting questions that included:

Progress Theatre’s The Burnin’ is an a capella musical inspired by the 1940 Rhythm Club Fire and a 2003 event where patrons of a Chicago nightclub were also killed. The Burnin’ sets out to trace how African Americans receive and redefine legacies of Black identity and freedom to accommodate their contemporary realities. Trapped inside these fires, club personas melt away, exposing their struggles and desires for life. 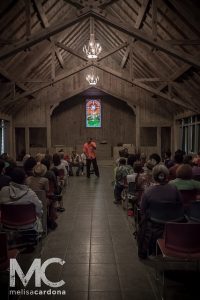 Cristal Chanelle Truscott described how her participation in the learning exchange planning process prompted her to think less about aesthetics in terms of what The Burnin’ looks like and more about aesthetics in terms of what the play does, and how. Cristal describes Progress Theatre’s neo-spiritual a cappella form as an outgrowth of the forced removal of the drum from slavery-era African-American music. Cristal places the music of Progress Theatre within a tradition that uses the body and the voice to recreate polyrhythm without drumming. “For me, [this work] is about the necessity of song in telling a story… for survival and endurance.”

Two important and interrelated aesthetic components for Progress Theatre’s creative process are call and response and time travel. Soulwork is “the philosophy, acting, and performance-building method used in crafting Progress Theatre productions, …developed from the aesthetics and techniques of African American performance traditions in dialogue, with various techniques from throughout the African Diaspora.” The Burnin’ moves fluidly between the two time periods, with call and response flowing between the actors in dialogue and song, while the two eras are also in a call and response relationship to one another.

“When I’m thinking about something as big as aesthetics, how do I find the words? How do I get to a process that documents all of those layers … that are communicated and shared in human space [but] are much more difficult on the page or much more difficult in a video document that can seem flat.” Cristal described how her teaching practice works at the meeting point between call and response and documentation to serve as a means to document aesthetics. One assignment Cristal gives students is to document their own learning process. The resulting journals become a vital part of the documentation.

Nick Slie began explaining the documentation approach of Cry You One, with the story of his choice to learn the French spoken by his forbearers by learning the fiddle and playing Cajun songs. The personal connection between Nick and this music advanced his understanding of “the rich cultural palette of New Orleans” in which documentation of performance, foodways, and other expression has a social function in the life of his community.

Mondo Bizarro and ArtSpot Productions describe Cry You One as an outdoor performance and an online storytelling platform, both of which portray the land and people of Louisiana’s disappearing southern wetlands. Nick credits Joe Lambert of the Center for Digital Storytelling with a strong influence on the documentation of Cry You One, by insisting that stakeholders involved with the work should be involved in documentation for it to be meaningful. 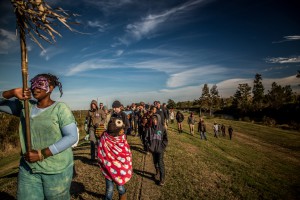 For Mondo Bizarro, documentation moves from physical to digital, and back to physical. “If we’re just talking about something digital, like if we’re just talking about money, we’re always suspect of ourselves… If it doesn’t have a [live] gathering point then it’s going to fall flat for us. What we want to do is gather people. The digital world is a way to help put people in a room together.” When documenting Cry You One, the goal was not to capture the entire performance, but rather to get a sense of the essence of the work, and to convey some of the same feeling that you might get from attending the performance.

During the project’s development, Mondo Bizarro and ArtSpot Productions realized that 16 community stakeholders and contributors had become vital to Cry You One. The ensemble decided to interview each of these people for the website. The goal of this documentation is to portray each person on video with the same aesthetic rigor as the performance, in order to reflect and honor the significance of their experiences and contributions.

Ms Celie on Taking Action to Save the Coast from Mondo Bizarro on Vimeo.

During the exchange, Linda Paris-Bailey shared Carpetbag Theatre’s aesthetic philosophy, in part that “Our cultural aesthetic is concerned with alignment. Each cultural community must define its own aesthetic based upon its own values and experiences, its own vision of beauty and how it defines itself.” Carpetbag Theatre “believe[s] in the collective experience that creates the aesthetic of a particular community, and that our work is in service to that community and accountable to it and its aesthetic.”

Speed Killed My Cousin – Carpetbag Theatre from Art2Action on Vimeo.

Carpetbag Theatre’s core mission is to reveal hidden voices, and therefore the question Carpetbag asks of its documentation is “what kind of tools can you put in the hands of the people with the story, so that they can tell their own story?” The ensemble is using digital storytelling as that tool during this production and co-developed a Creative Arts Reintegration (CAR) component with veterans and a number of organizations and agencies that serve the veteran community. CAR is a means to keep Speed Killed My Cousin aesthetically accountable to veterans and their experiences, and has particularly invited the voices of women veterans and those facing mental health challenges.

This learning exchange was possible due to the contributions and energy of a group of practitioners, advocates, and scholars who are organizing discussions around the country about documentation, communication, and archiving for community cultural development. The foundational idea of this cohort is that cross-sector communication of theory, practice, and impact is essential for advancing social justice as a national movement. The group includes a number of Alternate ROOTS members, including at least six conveners and participants in the learning exchange. Animating Democracy’s recent blog salon, Back to the Future: Forward-Thinking Documentation and Archiving, is one place to gain a good sense of this discussion.

Some of the questions that prompted the final segment of the learning exchange include:

Carlton Turner elaborated on the decision Alternate ROOTS made recently, to become a creator of new material for publication and movement-building, rather than becoming the publisher of a new journal or website for such material. Carlton acknowledged uses of the terms aesthetics and excellence to devalue the work of artists of color and others artists working outside of dominant artistic traditions. He also cautioned against letting a market approach to valuing art replace a hegemonic Western European aesthetic tradition. “If the marketplace is the main point of validation for exceptionalism, then that mechanism leaves a very small space for diversity.”

Jan Cohen-Cruz suggested that the loss of the Community Arts Network (CAN), and the rise of decentralized online communication, means that there is a need and opportunity for a “network of networks,” or an online hub, devoted to art for cultural change and social justice, such as the new content that ROOTS is developing.

Jan’s contribution to the Animating Democracy blog salon characterizes the trouble finding a venue where documentation, analysis, and discussion is taking place across boundaries, “Interested in higher ed? Read, Public: A Journal of Imagining America. Into community-based art and social justice? Go to Alternate ROOTS. Want a broad purvey of theater? Try HowlRound. But who knows where we’ll find the submission that inspires or challenges us at a given moment? And how will we remember that the long curved tube is not the whole elephant?”

This conversation about documentation, communication, and archiving in the field of community cultural development will continue at the annual national conference of Imagining America: Artists and Scholars in Public Life, October 9-11, in Atlanta, Georgia. A listserv has also been established to support email conversation on these topics, which you can join by contacting Jamie Haft at jmhaft@syr.edu. Alternate ROOTS will continue to use our blog and social media platforms to explore this year’s theme — A Call to Action: Aesthetics — through 2014. Please join the conversation! 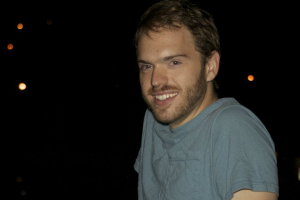 Mark W. Kidd lives at the base of Pine Mountain in Whitesburg, Kentucky and on his family farm near Little Mud, Kentucky. His homes as a community-based artist are with Handbarrow, Appalshop, and Roadside Theater. Mark facilitates Community Cultural Development residencies and workshops throughout the United States, including workshops on community-based theater, low-cost media, and cultural organizing.