Dreaming Together: Emergentheatre (for a better world) 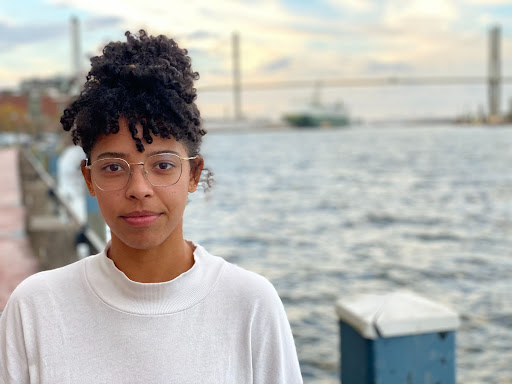 Justice von Maur is an activist rooted in the sun, the ocean, the dirt, the body, and feeling. Justice is a Black feminist who believes that we make sense of our world by moving away from categorization and binary. This belief shows up in Justice’s creative expression and her scholarship. Justice has a deep connection to the ROOTS week 2021 theme, Southern Soil: Collective Liberation in Harmony with the Land: “Connection to the natural world is integral—not substantial-—to my practice as a thinker and creator. I know that I must connect to the sun, the ocean, the land, and the people in order to generate thought that serves the Earth moving forward. In these ways, land and earth are central to my ideation.” It was from this grounded place that Justice offered the workshop Dreaming Together: Emergentheatre (for a better world) on August 8, 2021 during Alternate ROOTS’ virtual ROOTS Week gathering.

Justice grew up in the Bahamas, near the sea, and attributes her sense of abundance to the ocean. She says, “the ocean makes me think a lot about possibility. Anywhere you go, in the Bahamas, you can look out and see the ocean. Constant visual access to endlessness is important for cultivating imagination and possibility.” She notes how the ocean has taught her a different sense of pacing and time. Leisure, rest, and pleasure is tied to being in nature and the ocean. She explains, “any time you are in the water, your body is constantly in motion. The ocean makes your body move. The experience of my body in constant motion puts me in better relationship to change. I practice putting change and movement into my body and the ocean holds me and supports me.”

Some of Justice’s foundational resources and inspiration come from adrienne maree brown’s book, Emergent Strategy: Shaping Change, Changing Worlds, and the Emergent Strategy Ideation Institute’s podcast. Justice explains, “Emergent strategy is the way we generate and reshape complex systems and patterns with relatively simple interactions. Emergent strategy is a theory of how we change systems. It is individual and collective practice for how we are better in the world.” According to Justice, “relational exchange moves us toward something better than what we are. Emergent strategy asks the question, ‘How can we be in right relationship to one another, the planet, and change?’”

In asking, answering, and embodying the question “What are the intersections between theatre and emergent strategy and how do they talk to and inform each other?” Justice has come to coin a new word, Emergentheatre. She says, “I like the thought of it being its own concept: the word itself is a new word.” This new word opens the door for new possibilities of discovering what happens when theatre makers intentionally develop relationships to self, people, and land in an effort to shape systems through aesthetic theatre practice.

The intersection of embodiment, aesthetics, and emergent strategy is where Justice invites folks to dream and to ask, “How might your body remember what it feels like to practice decentralization, to practice being adaptive? How can we make Emergentheatre iterative: a drama-based practice on our feet that is emergent strategy itself? Can we put emergent strategy into people’s bodies, hearts, and minds? Can we say, ‘Hey! Come practice emergent strategy with us!’ and then send folks off into the world in a way that they can remember that feeling and duplicate it?” 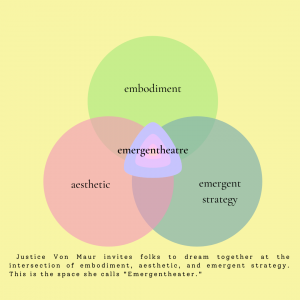 Caption: Venn diagram: At the intersection of embodiment, aesthetic, and emergent strategy, this is the place inside of which Justice von Maur invites us to dream. Art by Helms Jarrell.

According to Justice, her concept of Emergentheatre lives in the realm of possibility. She points out that there is no way to describe Emergentheatre in a way that is rooted in the world in which we currently exist. Presently, Emergentheatre exists as a theory. She sees it growing into a methodology, an aesthetic, and a new form. Justice wonders, “If being a human is a performed act, how does that performance of being human overlay with the tools that theatre has for an embodied relational performance? How do those things intersect in an intentional way to shape the change we want to see?”

“I wonder if theatre as we know it right now as a practice, industry, and art is inherently made up by the systems that it is in,” Justice asks. She explains that there are typical absolutes in theatre such as the binary between audience and stage, the hierarchy of director and cast, and the demand to reproduce and sell experiences. Justice wants to ask the theatre community, What would it be like if we reshaped these ideas based on what we know about emergence, change, organic growth, and life-giving possibilities? ”If theatre makers start to engage in intentional systems change, how would it shift our embodied aesthetic practice in form?”

Alongside the ocean as teacher, Justice pays homage to the Black feminist thinkers and the ways in which they had been influences on her life:

Audre Lorde: feeling, paying attention to feeling is a legitimate way to exist in the world; if something doesn’t feel right, it probably isn’t right

Octavia Butler: change is reliable, constant, social justice is a science fictional behavior, imagining a world that doesn’t exist yet

Patricia Hill Collins: there are so many ways to verify knowledge and truth

Prentis Hemphill: Black embodiment, how we live things out in our bodies shapes our reality

bell hooks: our geographic location is closely tied to our well being and state of being 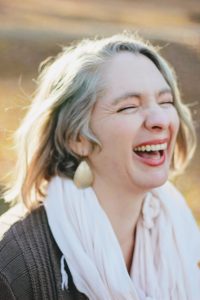