Lux Matters/Love Is All The Rage 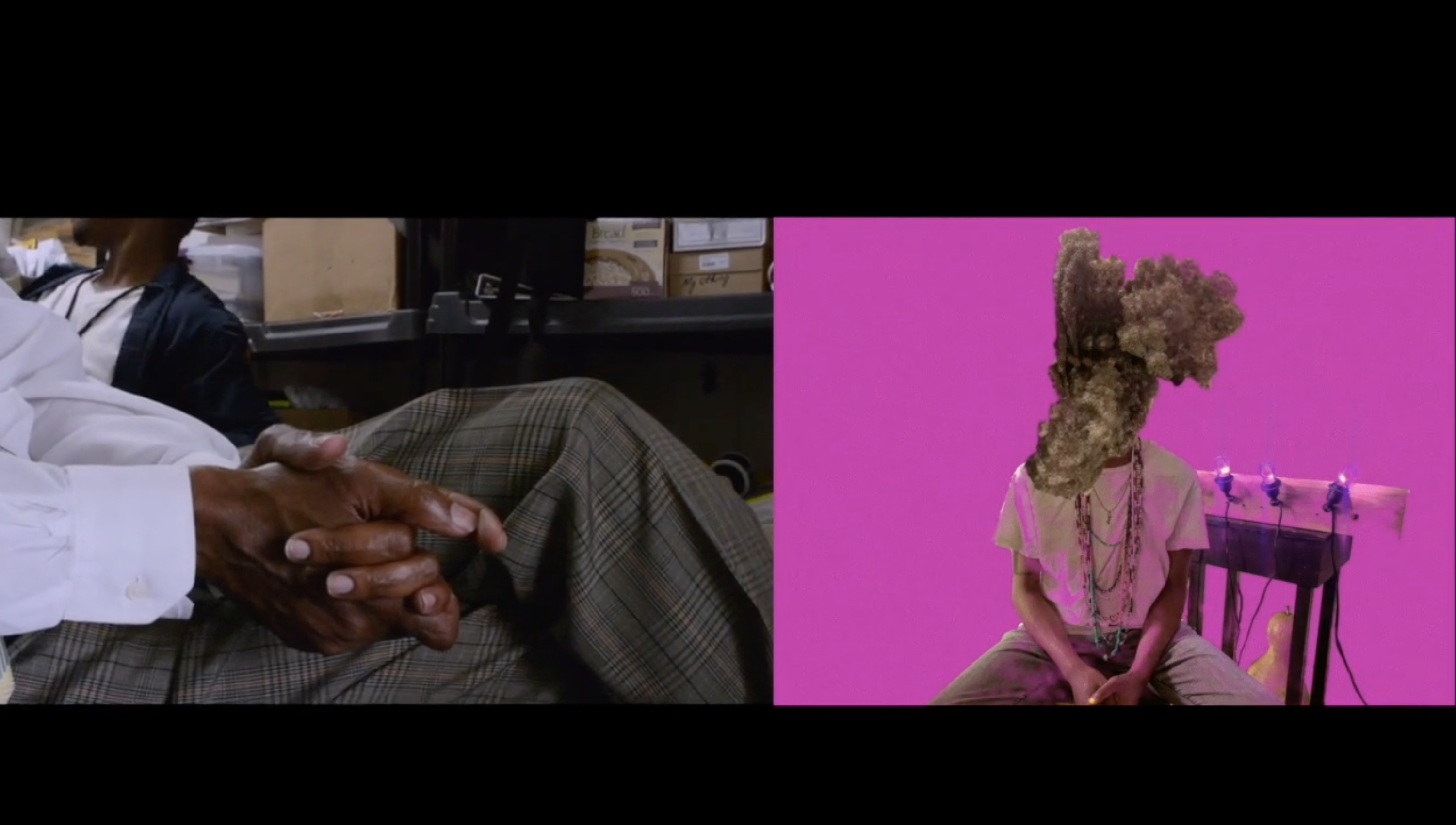 Screenshot from muthi reed’s video work, Lux Matters/Love is All the Rage, 2021

“My grandparents, the four lines of my grandparents, are up-south… Lowndes county, Alabama and Virginia people. From six to eighteen I would migrate and spend the summers down South with my grandmother’s people.”

Grand kin to Black refugees fleeing the disgrace of the South at play since well before the The Great Migration, reed was born in Detroit, MI and raised in North Philadelphia and Uptown neighborhoods when local news was reporting a crack/cocaine epidemic. National news talked War on Drugs / Iran-Contra War / War against Crime / AIDS / Nicaragua, and gangs. Summers spent with family— the same place family had fled from only generations earlier due to violence and hard living. Juxtapositions are the critical nature of their work. reed’s works about place, home, and belonging were the gateway into our sprawling conversation on the meaning of “Southern Soil,” the theme of ROOTS Week 2021.

Is there lux alongside history, humans and hard living? There is an irony with being Black in anti-Black space: being foreign and unwelcomed in places you built; making home haptic despite relentless coercive conditions to keep us displaced. This is the complex duality embodied by reed and their work.

reed is a thinker in search of the best ways to process ancestralidad and feelings of rage and dispossession. In that search, they have found themselves nourished by world cultures, Black and BIPOC folks, white allies committed to class suicide and crushing the system— the Soul People. It is the particular enrichment held within southern soil that continues to draw reed.

reed says “I call myself migrant. I model that behavior after those summertime visitations when I was growing up and also after my grandparents; they were refugees coming from the South to the North in the 1930s, my people. They call us The Great Migration—people who were seeking asylum, escaping the violence of the South, fresh and Black, to North Philadelphia.” It is the “thick” familial ties, the rememory, rich artist community, pace, rhythm, and unique Blackness of the South that guides their practice. reed lives in New Orleans, LA sometimes. New Orleans is home. Philadelphia is home. Alabama is home. Detroit is home. Blackness survived attempted extinction, deep rooted family and community. The “thickness” reed speaks of is the enriching community that surrounds them, regardless of location.

“What is a country? This was just somewhere they stayed…Like how Black people say today, ‘I stay over there…I stay here,’ this isn’t our real home, not like that. The place doesn’t care about us. Your people are your home. We have to quit building this master’s house. I quit this deranged idea called America. Like they talk about the United States, Jamaica and Nigeria.” reed is trying to understand the truth of such a thing called a country, a nation. reed says, “what is a nation in the context of America but a lie?”

Centering the idea of home within the relationships that form communities — not only in the land nor the artifacts but with the people — layers reed’s work with the spirits of lineage, intimacy and fellowship. Echoing the work of LaToya Ruby Frazier whose social documentary photography captures the spirit of her people of Braddock, PA through images of orchestrated interior portraiture, reed’s careful and attentive sensitivity to the ordinary brings a haunting awareness to the complex rhythms of Black life.

reed’s approach can partially be attributed to their training at the Scribe Video Center— a Philly-based social practice non-profit founded and championed by Toni Cade Bambara and Louis Massiah, that empowers people to document and shape the narratives of their places. The reclamation of narratives through community-documented art and media is a powerful act that engages questions of possession and who gets to be possessed.

Just as joyful childhood summers spent with their “grandmother’s people” reframed Lowndes County, AL as a place of pleasure and recovery, reed is reframing the narrative of Black life with “lux matters /Love Is All The Rage;” the video work marks moments of reflection through the disruption of sound, sequence, imagery, color, and light. Their prismatic approach to video art is a conversation on the interiority of Black life and interruptions to mutual aid such as state violence.

Completed in collaboration with Angela Davis Johnson and Sage Crump, “lux matters /Love Is All The Rage” is a 20 minute meditation on regular Black life— a conversation between two friends, the tying of a head wrap, the cutting of meat, the rubbing of feet, the waiting, the surveillance camera gazing on us in any place, at any time, without consent. reed is in the habit of rememory and rendering.

reed’s hyperfocus on mundanity makes space for re-experiencing family home videos and the absurd disjointed security camera footage rampant at corner stores throughout the city. The personal is always political, said Audre Lorde. Not just a walk home from a corner store or the tresses of a Black child’s hair. Not just a constitutional right to vote. Not just a jog or driving your car in space. The mundane becomes absurd when fractured by anti-Blackness. Who doesn’t love us? We are so flyyyy…

A prism fractures light into all of its dimensions — it is the only way to witness a rainbow. For reed, dark noise is light, and their work wants audiences to experience a full spectrum. 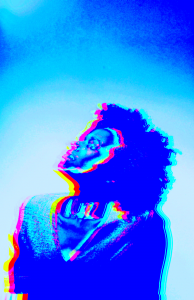 Author Bio: Hunter Wes – Hunter Wes is an author and artist intrigued by the complexities of human life.