Equity, Diversity, and Inclusion in the Arts: It Is Possible 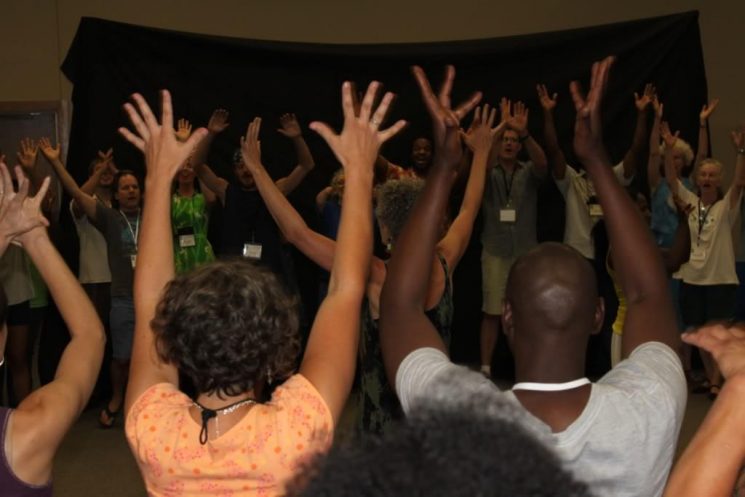 A few weeks ago Alternate ROOTS published my article, and its follow-up piece, Why We Must Have Diversity, Equity, and Inclusion in the Arts: A Response to the National Association for Music Education. The articles took off like a rocket, evoking an immediate reaction from thousands of people. The number of emails, phone calls, and Facebook shares we received was overwhelming. Obviously people wanted to talk about these issues, they touched a very raw nerve in the body politic. Jesse Rosen’s article from the League of American Orchestras was a siren call to the arts field to take up the challenge of change, capturing the essence of the struggle we’re engaged in – will our field be leaders on this issue, follow the prevailing winds, or be assigned to the dust bins of history? For change is inevitable, the demographics genie is out of the bottle. The shift has already happened but many refuse to accept it.

But why is equity, diversity, and inclusion in the arts important? And why is it so difficult to achieve? Can it even be achieved at all?

Let me begin with the latter question because the answer to that question is, yes, indeed, equity, diversity, and inclusion can be achieved. I’ve seen evidence of this within Alternate ROOTS. That tells us that it is possible, but why is it important?

Equity, diversity, and inclusion in the arts is more than important, it is critical to our field, and our country particularly now, when we are so deeply divided by issues of race, homophobia, Islamophobia, immigration/migration, and class. The divisiveness we are experiencing presently is mainly driven by fear of the dreaded “other,” rooted in resentment and reactionary politics to the changing demographics of America. The flashpoint for much of this was the election of President Barack Obama, and the explosion of the Tea Party in the political process.

Our country is torn between those who wish to drag us back to a mythic past, and those who envision a more inclusive future, creating a beloved community grounded in a belief that all communities, all cultures have value. I imagine an arts field that too, becomes a beloved community, manifesting a culture of generosity based in principles of inclusion, diversity, and equity through the arts and rejecting the politics of fear and scarcity.

The arts are often viewed by the public as being enclaves of liberals, progressives, filled with risk takers, creatives, and forward thinkers. If there were a field, or an industry, which our country would expect to be a place filled with a cast of characters that most closely looks like contemporary America, it would be the arts. And yet for the thirty plus years I have worked in the arts, the field still stubbornly looks much as it did when I first entered the theater field in 1983. With a few happy exceptions, the executive suites and boards of arts organizations, and their audiences, are still as predominantly white as they were back then. We’ve been talking about issues of diversity and inclusion equally as long.

Only recently has the question of equity clearly, decidedly, entered the discussion. Over the decades funders have responded with initiatives aimed to motivate largely white arts organizations with bigger budgets to diversify – there were “outreach” initiatives, or “community development” initiatives, or “community engagement” initiatives. Throughout this period, however, cultural and ethnically specific arts organizations – organizations with missions to serve diverse artists and communities – have not been the recipients of similar support to foster their work in communities. Even the infamous Kaiser report detailed the paucity of resources given to black and Latino arts organizations, not to mention Asian or Native American arts organizations. When we couple the findings of the Kaiser report with the report from the National Center for Responsible Philanthropy published in 2010, detailing that in 2009 more than $2 billion dollars was given to the arts, 55% of which went to arts organizations with budgets of $5 million dollars or more, representing just 2% of the arts field – clearly the central question has been one of equity.

A couple nagging questions for me throughout all these years have been, why does it take money for already well funded majority arts organizations to become more diverse? And why have we approached this issue with a focus on “majority organizations,” rather than on organizations whose vision and mission exemplifies this work?

This brings me to Alternate ROOTS. As I mentioned earlier, ROOTS is an organization I greatly admire because it has made an enormous transformation over the past almost fifteen years. I am certain that if an arts organization based in the South, one whose artists for almost three decades was largely older, white, and female can look like ROOTS does today, then surely it is possible for other organizations to achieve the same.

I can say without exaggeration, Alternate ROOTS is truly one of the most diverse and inclusive arts organizations in the field, one guided by principles of equity, with a mission to support artists creating original work, artists who are working at the intersection of arts, community, and activism. In 2003 ROOTS reimagined itself around racial justice, leaning into its mission, vision, and values after realizing that it did not reflect its goals and aims to be a force for social change and social justice in the South.

ROOTS sought support from the Ford Foundation to create the Hip Hop Activists Artists Initiative, providing subsidies and travel for young artists of color to attend ROOTS’ seminal event, ROOTS Week Annual Meeting and Artists’ Retreat. We still talk about that first gathering in 2004, often referred to as the meeting where Hip Hop met the Hippies. (Suffice it to say that expectations were challenged, illusions illuminated, and plans had to be changed to meet the moment. Or the best laid plans of mice and men often go astray!) Travel support from the Ford Foundation for this project didn’t last long, but it was transformative. When the support ended, ROOTS continued the work having committed to change.

Young diverse artists still continue to bring new artists to ROOTS. It is seen as a welcoming community of artists and cultural organizers who understand that, as it was said during the civil rights movement, “As the south goes, so goes the nation.” Not only southerners are in this struggle with ROOTS, its members are coast to coast, with artists frequently coming from as far away as South Africa and Europe. They understand that for ROOTS, diversity, inclusion, and equity is not a phase but rather it is integral to its mission, vision, and values. That said, it is vital to understand that the groundwork for this transformation was laid over years of effort, artists working in communities inside and outside the region, through changes in ROOTS’ leadership, and through the lean years, and better times.

As a result when you look at ROOTS its members are black, white, Latino, Asian, African, Arab American, and Native American. We are Christian, Muslim, Jewish, Buddhist, pagans, and non believers. We are gay, queer, straight, and transgender. We have a commitment to artists with disabilities as viewed through our policy of Collective Accessibility, ensuring that we work with these artists to dismantle barriers to full participation. Not only is ROOTS predominantly represented by people of color, but many of its members are 40 years old and under. Our leadership at the staff and board level reflect this reality. In this transition many of our original members, and long term members have stayed engaged, and active within ROOTS because they are committed to ROOTS’ vision and mission.

Diversity within our membership has instigated incredible artistic collaborations between and amongst ROOTS members. For instance, one response to hurricane Katrina was a collaboration between 13 artists including John O’Neal (Junebug Productions), Nick Slie and Bruce France (Mondo Bizarro), Kathy Randels and Sean LaRocca (ArtSpot Productions), and artists Valentine Pierce, Roscoe Reddix, Millicent Johnnie, Stephanie McKee, Saddi Khali, William O’Neal, all New Orleans residents (with the exception of Maurice Turner, Utica, MS), but displaced to different parts of the US. These artists came together to create and tour Uprooted: The Katrina Project, a multi-disciplinary performance piece that toured to 8 cities over almost two years.

Another example is Azule’s artist residency in Hot Springs, NC. Azule is high up in the Smoky Mountains in the heart of Appalachia, a place not known for its diversity. Yet over the past six years or more, a diverse contingent of ROOTS artists, primarily black visual and spoken word artists, have facilitated skill shares, and workshops with the local community, performed at community gatherings, and begun to develop relationships. Camille Shafer, Azule’s founder and a wonderful visionary visual artist, and her board under the leadership of artist Gwylene Gallimard, Charleston, SC, have envisioned a residency that is open and welcoming of everyone, and a resource to their community.

This is what the arts can do, be the catalyst that brings together a group of people who, by every measure in our history, aren’t supposed to be able to be in the same space yet alone find common ground.

Was ROOTS’ transformation easy? Not at all. It was difficult, the conversations were often hard, sometimes noisy, and even today we still struggle to be better because achieving true diversity and inclusion is a journey. Equity is core to our work, you see it in our programming, in our regranting programs, and in our events. Sometimes it can be especially difficult to pursue this path when at our largest gathering, ROOTS Week, often 50% of the people in the space may be new to ROOTS. But we have some amazing facilitators and guiding principles to help us, such as assume good intent, stay in the conversation, don’t say provocative things and then leave the room, be open, value transparency, and most vitally understand that it may be uncomfortable at times. And that is when we know we’re at our learning edge, for discomfort occurs when exploring uncomfortable topics such as diversity, equity, and inclusion. Sometimes we are more successful than others. But ROOTS is committed to learning so we mine those experiences that didn’t go as well as planned in order to continue to do better.

Over the coming months ROOTS’ monthly newsletter will publish articles around these issues, exploring it from many different points of view with a number of writers who are interested in these issues. It is the work we have been dedicated to for forty years. We invite you to dialog with us through this process, give us your feedback, responses, experiences, and ideas. Let us learn from your joys, triumphs, and those times you’d like to hit the reset button. But know that yes, equity, diversity, and inclusion in the arts is possible. And it is a journey worth taking.