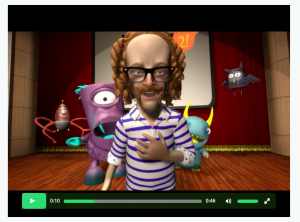 If you’re in or around Wilmington from November 11-15, join your fellow ROOTers at Cucalorus! And even if you’re not, visit Cucalorus’ Kickstarter, watch their promo video (which features an animated Dan Brawley surrounded by monsters), and throw a few (or more!) dollars at them by Tuesday, October 27.

This social event highlights women doing ground-breaking work in technology, film, and entrepreneurship. The program will include a short presentation about Alternate ROOTS and encourage networking among local social justice organizations.

Keynote for the CONNECT Conference

This team facilities dialogue around Cucalorus’ Works-in-Progress and VOICES films. Socially aware and politically challenging, the films in these series comprise a showcase of powerful messages about significant socio-political issues from around the world.

These folks introduce each film, (sometimes) in costume.

*Omari Fox is also a Cucalorus Board Member

0 comments on “Fourteen ROOTers Involved In the Cucalorus Film Festival”