I KNOW YOUR STORY. DO YOU KNOW MINE? 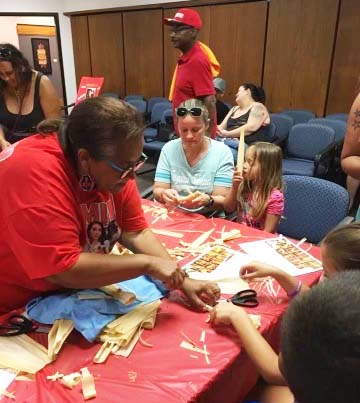 I’ts the first weekend in July 2021: Lumbee homecoming weekend in Pembroke, NC, and it’s one of the first times people have gathered like this since before the COVID-19 pandemic. They’ve been brought together by a group led by cultural workers Kim Pevia, a Lumbee activist, facilitator, and longtime member of Alternate ROOTS.

This gathering is the first in a series funded by Alternate ROOTS’ Partners in Action program, which supports artist-activists already doing deeply rooted community work. Through a series of intergenerational gatherings and a podcast, Pevia says her project gets at the question of how Indigenous folk can “get to be known. How do we get to tell our own stories through our art? How do we tell our stories not only through trauma, but through our art, our culture, and our medicine?”

The need for that medicine is ever-present. The group began the day marching with hundreds of others, demanding justice for missing and murdered indigenous women and girls. Then, straight from the streets, they convened at the Museum of the Southeast American Indian at University of North Carolina (UNC) Pembroke. At first, the mood was heavy. Elders told stories and taught younger ones how to make corn husk dolls. Some people simply sat and listened. All told, 150 gathered throughout the day.

“So we’re marching or we are sitting with posters around us making dolls and somebody would say, ‘that was my mom, or that was my grandmother or my sister.’ And they would begin to tell us a story.” Sometimes they talked about what happened to their loved one, and sometimes they would tell a story about who they were before they were missing or murdered.

Kim Pevia guides children in the making of Corn Husk Dolls in July 2021 at the Museum of the Southeast American Indian at UNC Pembroke. Kim Pevia is the Partners in Action Lead Artist, Lumbee activist, facilitator, and longtime member of Alternate ROOTS. Photo by: Lynn Marshall.

The project had been planned to begin in 2020. The sense of urgency to gather elders’ stories was both tremendously heightened and complicated by the COVID-19 pandemic. Older people had been disproportionately impacted, and very low vaccination rates continued to make the entire community vulnerable. Tribal leaders, artists, and ministers devised various ways of communicating that included distributing comics to activate younger people, creating hashtags for digital galvanizing, and using other creative ways for Lumbees to see themselves reflected in urgent public health messages. In these ways, they broke through some of the many barriers keeping people from getting tested or vaccinated.

In the meantime, they kept their distance and avoided gathering. “We didn’t want to risk any elder wisdom,” says Pevia.

By the time of the gathering, they had lost some to COVID or other causes. That included multidisciplinary artist Gloria Lowery, who had taught Pevia how to make the corn husk dolls and would have been leading that class. Many remaining elders are vaccinated and many are not due to distrust of government and vaccinations that decimated our populations in the past. Pevia says where they live is considered one of the most violent and economically impoverished counties in the country. But gatherings like this help make Lumbees and their ancestors visible in the midst of constant erasure. 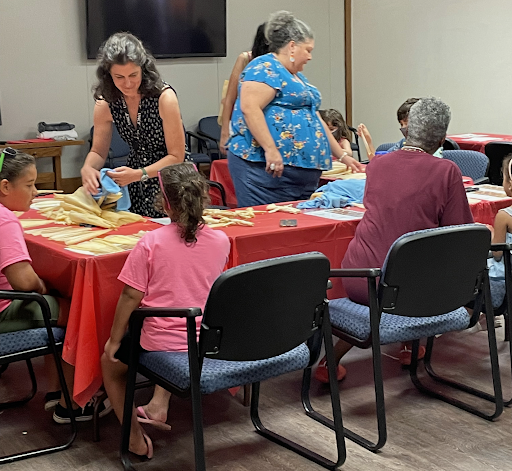 Lumbee elders (and Alternate ROOTS members) Alisha Locklear Monroe and Lynn Marshall Linnemeier guide children in the making of Corn Husk Dolls in July 2021 at the Museum of the Southeast American Indian at UNC Pembroke. Photo by: Kim Pevia.

“This is what I keep trying to help people understand. You know, we talk about BIPOC (Black, Indigenous, and People of Color). But the ‘I’ in BIPOC really stands more for ‘invisible’ than it does ‘indigenous.’ Our stories aren’t being told.”

Coming together to pass on culture, craft and story is a remedy for that. As the day went on, the mood became lighter and lighter. “I mean, when Native people get together and talk, that’s the offering,” Pevia explains.

Pevia says that this medicine is not just for Lumbees. They have a model for how to heal without re-traumatizing themselves. Instead of additional trauma, this Partners in Action project gave people something healing to take home in their hands and their hearts.

“Our culture has a contribution to help with the trauma that we’re all experiencing. Not only our historical and generational trauma, but also COVID and the complexity of this thing that we’re carrying in our bodies: who’s vaccinated, and who’s not vaccinated,” says Pevia.

She feels it’s important for the larger society to understand the genocide of indigenous people and their ongoing experience of living on occupied Turtle Island, their name for North America. For all it takes to achieve it, Pevia’s vision for the end goal of this community work is simple.

“I would love to show up in a space where I feel named and safe and seen,” she says. That includes being seen by academics and fellow social justice workers. “Instead of coming and poking and prodding at us and doing research, engage with us! Help us thrive.”

Pevia says the Native American experience gets left out of discussions about reparations or land trusts, or the power of matriarchal structures. There can’t be solidarity within movements for social justice unless all folks know Natives’ stories.

“And that’s my message to my brothers and sisters in social justice movements: I know y’all’s story. Do you know mine?”

The only way to truly know is to sit down with indigenous folks and ask, and listen, sharing space and breath and story. Truth be told, there are indigenous folks everywhere, who might not feel safe to identify themselves. But for those of us who might be further removed from Indigenous communities, Pevia’s recording of Native narratives in audio forms gives us an important start.

Stay tuned for these stories coming in podcast form in 2022! For more information on Missing and Murdered Indigenous People in NC: https://www.redjusticepodcast.com/ 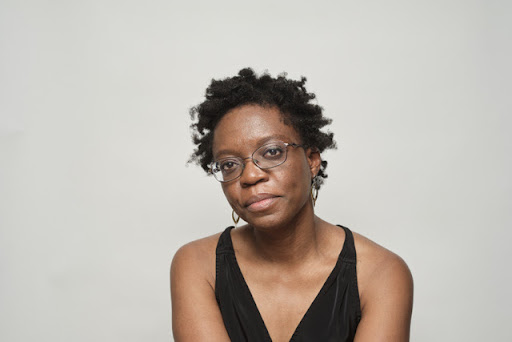 Jennifer Oladipo (she/her) is a word-worker and cultural worker living in South Carolina. She works primarily to elevate artists in the Southeast doing the good work. She has been a member of Alternate Roots for several years, and a fan for longer than that. (photo by Ian Curcio)