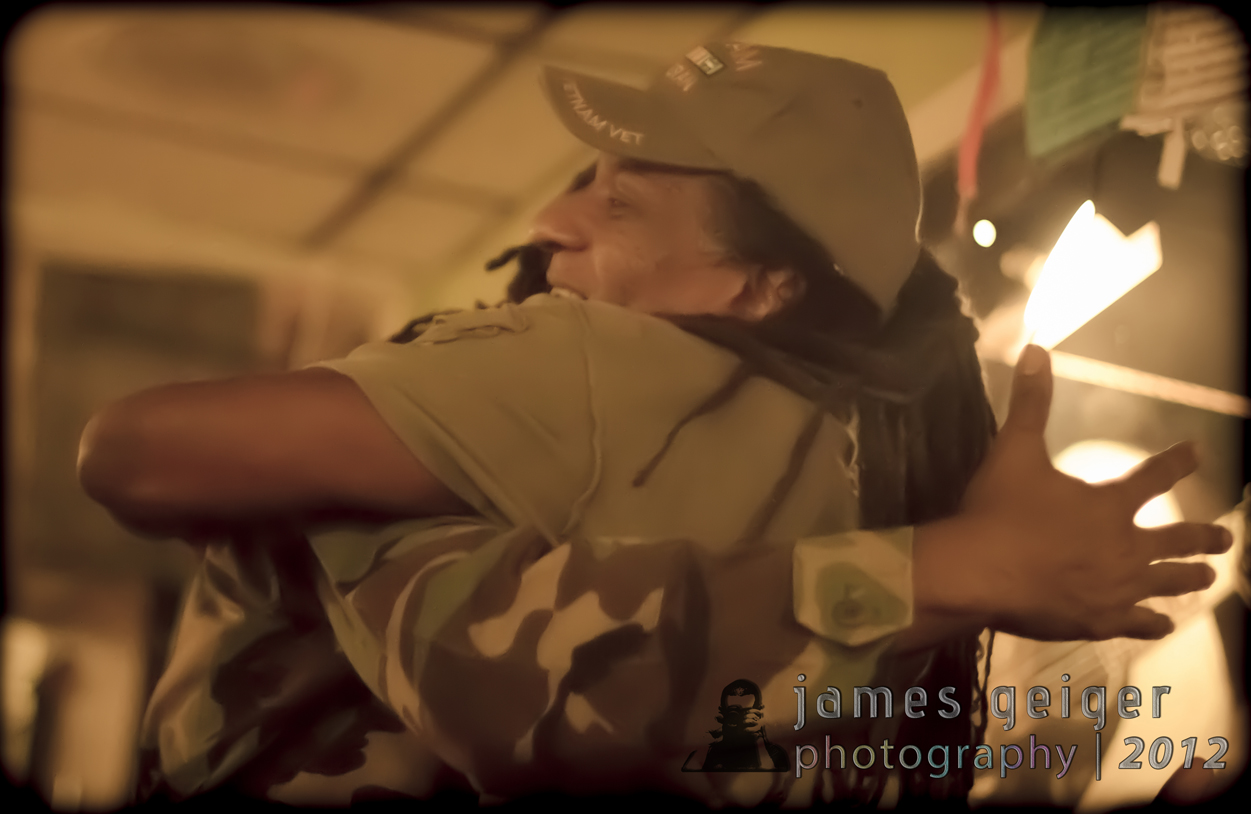 I have two diagnoses. The first is dysthymic depression, and the second is severe social phobia. Those two things have controlled my life in a huge way. I’ve been on a four-year journey, a learning process that has allowed me to undo the things I’d been doing for years–to change my thinking, which in turn has allowed me to change my actions. One of the things that has helped me in this process has been the arts.

In the VA program that I’m a participant in, at the Tampa PRRC (Psycho-Social Rehabilitation and Recovery Center), one of my peers facilitated a painting group.  He kept asking me to join the group.  I kept saying no, but I relented in the end–so that he would stop asking, I said.  But the real reason was, I really wanted to paint, and the only thing stopping me was me.Despite the fact that I was in a very safe environment, self-doubt, judgment, ridicule, and the fear of failure were informing my decision to say no. But through my recovery training, I now knew what to do with that information: turn it on its head!Self-doubt and failure? Although I hadn’t painted in years, I knew I could paint well enough for me, and that was enough.Judgment and ridicule? On closer examination, that didn’t even make sense, but old habits are hard to break. What I got from my experience in that group was lots of positive feedback, and that was nice. But the positive feedback I got from me was even better.

None of what I’ve just described would have happened if it weren’t for the self-esteem, anxiety, mindfulness, and anger management (just to name a few) groups and workshops I’ve done with the VA and PRRC. The tools that I’ve acquired are why I now do peer-support for the VA mental health services. I facilitate in-patient and out-patient peer support groups, and I speak to folks one on one. I share my story of recovery from three suicide attempts in 2007, to almost two years with strong suicidal ideation. It has been a journey from hopelessness, to hope, to recovery. I don’t just tell my story, I listen and tell my story of recovery through their stories. Self-esteem, isolation, guilt, anger and shame are some of the things we share, and I can tell them how I’ve been able to move past those things, so they don’t control me to the extent that they did.

I want to, I can, I will. Put simply, that’s the process I went through in that arts group. And I think it’s those same processes that were going through now, individually and collectively, with our veteran’s drama group, “Voices of Recovery.” Three and a half years ago, for Mental Health Awareness Month, three of our participants shared their recovery stories. There were about 35 to 40 participants in attendance that day. I remember looking around that room and thinking that there were a lot of stories there that needed to be heard. When the program ended, and comments were asked for, I talked about having seen a stage production from The Slave Narratives in which about 20 actors sitting on a stage would get up from their chairs, walk to the podium, and read excerpts from those narratives–and how powerful that was, and that maybe we could do something like that in an effort to get more participants involved in sharing their stories. I think we did pretty good. Since then, we’ve had 15 to 20 PRRC participants involved in either contributing parts of their story, and or reading what we’ve put together.

I think the best proof of our success is our performances for the USF nursing students, for the third straight year. They keep inviting us back, so we must be doing something right. The feedback we’ve gotten from their teachers is that hearing us, and speaking with us after our performance, has been the most valuable part of their learning experience during that semester of instruction. And of course, our next best proof is our new connections with Andrea Assaf, Linda Parris-Bailey and The Carpetbag Theatre, Alternate ROOTS, and USF theatre professor Fanni Green.

I have to quote the late, great Fats Waller now:  “One never knows, do one.”

We’re doing weekly drama workshops with Andrea now, at the PRRC, and we did 3 workshops at USF with Andrea and Fanni, with an invitation to go back to USF and work with her students in Advanced Scene Study. In addition, we’ve begun a Digital Storytelling process with The Carpetbag Theatre, and some of us had the opportunity to see “Speed Killed My Cousin” at USF recently. I think the stuff we’re getting from these workshops is awesome. First and foremost, they’re a lot of fun, and I’m someone who’s always said about myself, “I don’t know how to have fun.” It’s given me another opportunity to break down those barriers, to trust myself and the other workshop members. I don’t think the value can be overstated.

I was presented with a challenge last summer, when I learned I was invited to the Alternate ROOTS retreat, as a community partner with Carpetbag Theatre’s C/APP project. I was surprised by the invitation, but I was even more surprised at my reaction which was, “Awesome, I’m going.” There was a time, not that long ago, when my response would have been the exact opposite. Going to the retreat represented a huge step outside of my comfort zone, but without really thinking about it, I knew it was something I had to do. I knew that if I said no, it could represent one more piece added to the baggage I’ve been dragging around for years.  But that baggage is getting lighter. One of the questions I’ve learned to ask myself is, “What’s the worst thing that can happen?” That’s the question I had to ask before I joined that arts group, before singing and soloing (high anxiety!) in the PRRC Chorus, before performing our recovery stories and doing peer support. Asking that question has served me well.

I met some good people doing great things during that week. Performances that more people should be exposed to. And I saw how “Voices of Recovery” can improve on the recovery stories we do. It was inspirational. My experience at the retreat reminded me of a song from many years ago. The song was about injustice, and the need to act against it. At the end of the song, the singer implored his listeners to come join him in that fight. To join him in “the Human Being band.”  That week at ROOTS … I was in that band.

Thank you all so much!!! 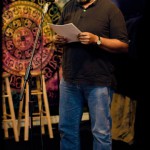 Cheldyn Donovan is a Veteran Peer Leader based in Tampa, Florida and is collaborating with Carpetbag Theatre and Art2Action on the Creative Arts Reintegration program that surrounds Speed Killed My Cousin.

Tagged with: newsroom, Partners in Action, Speed Killed My Cousin