Philanthropy Is a Transformational Act: Standing at the Intersection of Funding, Arts and Activism 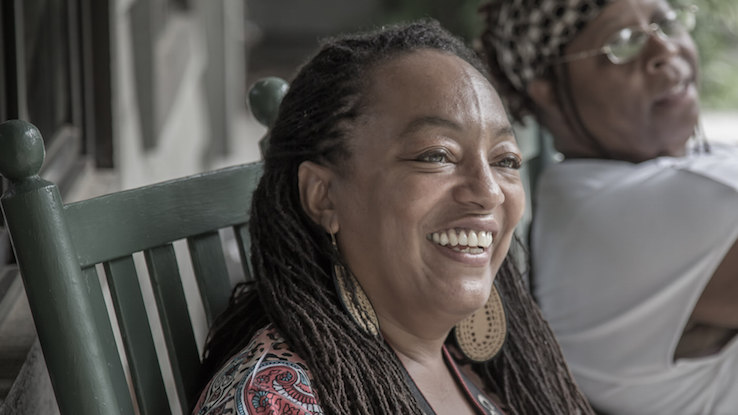 I find myself sitting at my desk thinking about my work in social justice and reflecting on the different pair of shoes I’m wearing these days. I’m standing at the intersection of funding, arts, and activism looking at the word philanthropist.

Philanthropist: noun, a person who seeks to promote the welfare of others, especially by the generous donation of money to good causes.

Philanthropy: noun, the practice of performing charitable or benevolent actions, love of mankind in general.

I like the root meaning of the word philanthropy. Kindliness, humanity and love to humankind. I smile and am proud to call myself a philanthropist and to be working in the world of philanthropy. It fits in quite nicely with the work I’ve been doing most of my life, particularly my work with artists who have played a significant role in cultural and political change. I also know how transformative the action of investing in something you believe in can be.

Art is a Philanthropic Act

I entered the foundation world in 2008, first as the Development Director and eventually as Executive Director for the Appalachian Community Fund (ACF). ACF was established in 1987 to provide grants to groups promoting progressive social change in Central Appalachia. Our motto, Change, Not Charity™, reflects our vision to support social change organizing and our conviction that, by networking and partnering with organizations working to address the root causes of the problems facing folks every day, we can create more just, equitable, healthy communities with opportunities for everyone – transformation.

My entry into the world of social change and social justice, however, came from working with the Carpetbag Theatre starting back in 1992. This is where I put on my cultural activist shoes. It’s also the place where I was introduced to the community of artists who make up Alternate ROOTS.

When I think about ROOTS’ membership and the work they do, I feel their investment of time, energy and creativity is a philanthropic act in and of itself. These artists use their craft as a tool for creating social change and have played a very important role in moving folks and creating change. Throughout time, social movements have been enhanced and elevated by some form of cultural activity, whether it be songs, chants, puppetry, signs, or plays.

Fund the Change You Want to See

For the longest time I used the quote by Gandhi as my email signature: “Be the change you want to see in the world.” What would it cause to create this change, mmmm? I say, take a bunch of brilliant artists and provide them with ample funding.

Now I could be a little biased, but what does it take to create change? We have to move. We must move away from the same ol same ol that we do day in and day out. What moves us? Often times it’s a piece of literature, a movie, a song, even a video that makes us laugh or cry so hard that we almost pee our pants or think so deeply that we begin to question notions that we have lived with all our lives. This is art. This is how art moves us. This is how art touches us. And who creates these touch points that many are not able to reach? Artists, that’s who.

Given the significant role the arts and artists play in all of our lives, you would think that there would be ample support of their work, especially from foundations that are well endowed. However, more and more, major foundations are focusing their grantmaking on “high impact” special initiatives. Many organizations do not meet their criteria, so most are left out in the cold when it comes to receiving major foundation dollars. Folks find themselves scraping and competing for the small pieces of funding that’s left available for them. According to Grantmakers in the Arts, “After adjusting for inflation, public funding for the arts has decreased by more than 30 percent” in the past 21 years.” This lack of funding and underfunding is why it’s so very important for us philanthropic individuals to put our money where our hearts are and invest in those things that matter the most to us.

I’m sure most of us can remember a time when we saw a performance, heard a song, or read something that moved us so deeply that we felt changed – transformed. Do you remember the last time you bought a ticket to a performance or a time when you made a donation to an artist or an organization during a fundraising campaign? I challenge you to view that contribution and donation as a transformative act too. You made a difference. You helped make it possible. Without the support, that piece may never have been created, rehearsed, or produced.

At ACF, we call our donors “Partners in Social Change.” When foundations and individuals invest in the arts, each then becomes a partner in a creative process. A creative process, when wisely invested, shapes and changes the world we live in that “promotes the welfare of others.”

At the end of the day, you may not be in the finished masterpiece, not as yourself in a starring role anyway. Think of it like watering a tree. You go in as water, that’s absorbed through the roots, then the trunk, up into the branches, finally making your way to the leaves. You are a partner, who has provided much needed resources for a creative process and you too come out on the other end of the journey – transformed.

Still sitting at my desk, reflecting a little more, finding myself lonely sometimes, missing the regular interaction with artists and cultural activist, missing being a member of an ensemble and working on a regular basis with folks in communities. Then I shake that off, and remind myself that I don’t stand alone. There are many individuals and foundations who put our money where our hearts are, who value the arts and the power of artists to create a culture of change that can transform folks and that can lead movements. I simply remind myself that my activism just looks different now. Instead of being this cultural activist interacting with other artists, activist and communities, I’m now a professional philanthropist, who spends most of my time in an office, on calls and in various meetings, writing reports and discovering and creating ways of leveraging resources for those who are working for change. I think I’ll change my title to “Storyteller for Justice” so I’ll feel more connected. But realistically, I’m still connected. I’m still a part of the work that’s dangling from the trees that others have planted.

Margo Miller is a Texas Holdem player, an avid crafter, cultural activist, creative strategist, and documentarian. She’s also a frustrated poet because she’s not writing, but she’s getting her creative fix DJing a weekly radio show. She believes art’s a powerful tool for organizing and uniting communities and an essential part of life. She serves as the Executive Director of the Appalachian Community Fund. She has worked as an administrator and performer with Carpetbag Theatre. That work served as a springboard for her work as a community organizer, facilitator, and administrator for several organizations in and out of the region. She currently serves as board co-chair. She’s a new member of the leadership team of the Art Culture Social Justice Network. Margo’s committed to making a difference in her community by finding creative ways of building sustainable, resource generating partnerships that benefit and celebrate our diverse and rich culture.