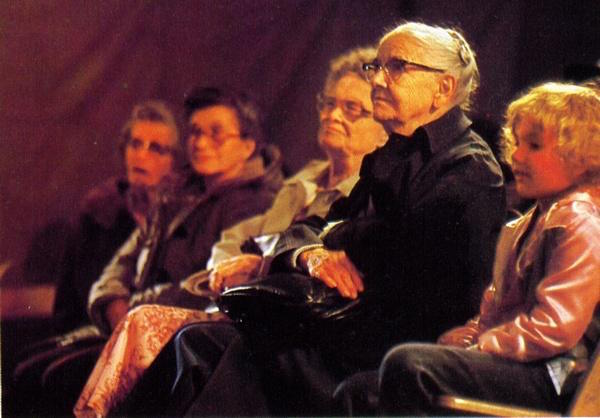 This article was originally on Roadside Theater’s blog and is used here with permission.

Andy Horwitz’s Jan. 31, 2016 Atlantic article about the National Endowment for the Arts is telling: “The current state of the arts in this country is a microcosm of the state of the nation.” ​ Which is to say, the nonprofit arts are “increasingly becoming as unequal as America itself.” ​

​Appalshop and its theater wing, Roadside, were born of ​the War on Poverty waged by Lyndon ​Johnson, under whose administration the National Endowment for the Arts was launched. Appalshop and Roadside would not have made it without the support of the NEA, which made grants to us before the state agencies and private foundations did so. Appalshop will turn 50 in 2020; it has outlasted U.S. Steel and Bethlehem Steel, which dominated​ the coalfields when Appalshop was founded. A recent NEA video about Appalshop makes clear the mutual vision of federal grantor and grassroots grantee.

Not only was 50 percent of the NEA budget cut in 1995​, as Horwitz points out, but grants to individual artists were axed. Two years later, a second major blow occurred ​to multi-disciplinary organizations like Appalshop: the NEA discipline programs were replaced by a few generic themes, like “creativity,” and an organization could now submit only one application under one of those designated themes. The effect: Appalshop lost 95 percent of its NEA funding in one fell swoop. (​For further commentary on the unreported arts recession of 1997, see this essay.)

After the 2007-08​ global​ financial meltdown, I recall several articles in the Chronicle of Philanthropy reporting that while the largest arts institutions would recover rather quickly, it would take the majority of arts organizations at least ten years to recover, if they were able to recover at all. From 1970 – 2008, there were never many grassroots arts organizations with annual budgets of over one million dollars; most of those are no-longer in business. In that regard, Appalshop is fortunate. With a new generation of leaders under 35, it is rebuilding itself in a region whose coal economy has permanently collapsed.

Jeff Chang, author of Can’t Stop Won’t Stop and Who We Be: The Colorization of America, corroborated Horwitz’s article with some less-than-reassuring data in a recent post: “Of every foundation dollar, 11 cents goes to the arts. 5.5 cents go to arts organizations with budgets of more than $5 million, who make up just 2 percent of all arts organizations.”

Roadside believes that who controls the nation’s culture, controls the story the nation tells itself. Like Horwitz, we think the American people should own the story. That is what art in a democracy would look like.​

Dudley Cocke, Artistic Director of Roadside Theater, is a stage director, writer, and media producer. He has taught theater at NYU and Cornell University, and his essays have been widely published, most recently in An Ideal Theatre: Founding Visions for a New American Art (TCG Books). In 2015, Routledge will publish two books that include his writing: Routledge Companion to Art and Politics, and The Roles of Art and Culture in Community Change. Dudley is a board member of the Native Arts and Cultures Foundation and the recipient of the 2002 Heinz Award for Arts and Humanities. Contact: dudley@roadside.org