Something to Behold in West Baltimore 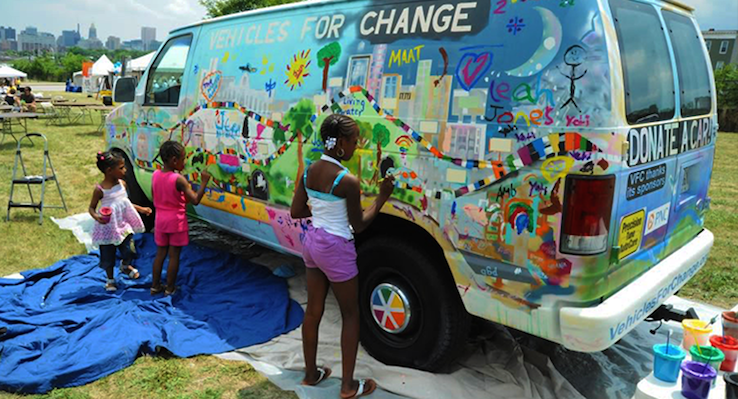 This article was originally published at Roadside Theater: Art in a Democracy. It is reprinted here with permission.

This is a story about how residents, artists, community organizers, university professors, and students responded to a massive urban renewal disaster in West Baltimore that displaced 19,000 African Americans for an expressway that was never completed. This story shows what a large-scale action for art and social justice can look like. How does a national organization come in for an event and significantly boost the capacity of the ongoing local struggle for justice?

In June 2011, three years of grassroots art-making and organizing was marked by a massive festival next to that 1.4-mile dead-end expressway dubbed by community members The Highway to Nowhere. Eleven thousand West Baltimoreans came together to celebrate their struggle and resilience with a star-studded line-up of musicians, singers, spoken-word artists, and dancers. ROOTSFest 2011 was co-produced by West Baltimore’s CultureWorks and the southern regional arts and activism nonprofit Alternate ROOTS. There were tents and stands for social justice and neighborhood organizations, food vendors, community drummers, and conversations with national activists including the Free Southern Theater’s John O’Neal and El Teatro Campesino’s Luis Valdez. The festival marked the 35th anniversary of ROOTS.

Recently, in October, those involved in the festival came together for a reunion at the historic Arch Social Club. The six-hour event had three acts: 1) a reading of a play; 2) story circles with community members and ROOTS leaders in response to the play; and 3) collective reflection and discussion of next actions. Tasty food, libations, and dance music crowned the event.

After the 2011 festival, Ashley Milburn, Denise Johnson, Randolph Rowel, Bob Leonard, Dudley Cocke, and Jon Catherwood-Ginn began a critical dialogue about the festival’s successes and shortcomings. They emailed each other and audio recorded and transcribed their conversations, and presented their reflections at the 2012 Imagining America national conference in Minneapolis. Their reflections and critique became the basis for an 18,000-word essay that was authored collectively and edited by Catherwood-Ginn.

Moved by the essay’s testimonies, I proposed turning it into a play. West Baltimore leaders liked the idea, and ROOTS agreed to sponsor the event. To create the script, Dudley Cocke and I began by reading the essay aloud and considering: Who are the main characters in this multiyear organizing effort? What are the most dramatic moments? What turns of phrase and images resonate? We virtually convened project leaders for draft script readings and input, and the parts were cast with volunteers from the West Baltimore community.

The Performance and Dialogue

Drawn from the first-voice descriptions of the organizing and eventual festival, the characters in the play are: Artist, Organizer, Professor, Producer, and Community Woman and Community Man, who take on multiple roles from residents to government officials. Here’s the play script.

Sixty people came to witness community members performing their community story, to share their own experiences in the ensuing story circles, and, as a group, to consider new collective actions to advance justice in West Baltimore.

To spark further reflection and action, the West Baltimore and ROOTS communities are sharing the play, multimedia, essay, and the timeline, compiled by Bob Leonard, describing the organizing process from 2007-2014. ROOTS is considering reprising the performance and dialogue as part of ROOTS Week, August 4-9, 2015, as a way for its membership to plan its 40th anniversary in 2016.  Imagining America: Artists and Scholars in Public Life is also considering using the play as part of its Summer Institute on Organizing and its next national conference, October 1-4, 2015, both at the University of Maryland Baltimore County.

Educators are invited to use this content for teaching and learning about the practice of community cultural development. We’ve started a list of issues and questions for reflection. Other folks for their own purposes can adapt the three-act event model – a play created from reflections of stakeholders followed by story circles and then group analysis.

Everything is posted at http://roadside.org/baltimore. Let us know your thoughts here in the comments. To get involved, contact jamie@roadside.org. 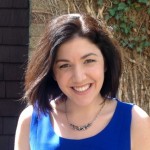 Jamie Haft is Assistant Director of Imagining America: Artists and Scholars in Public Life, where she is organizing leadership teams within its consortium of more than 100 colleges and directing story-based campaigns in multiple media. She has been collaborating with Roadside Theater/ Appalshop for eight years.