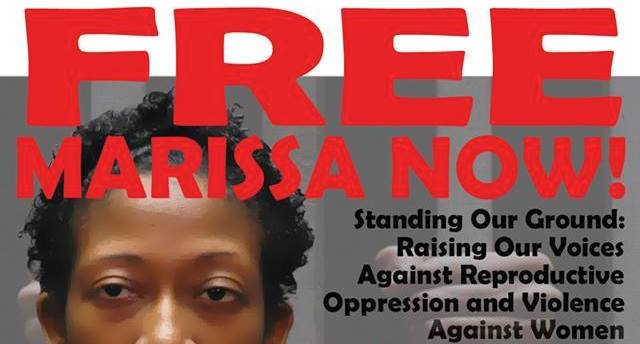 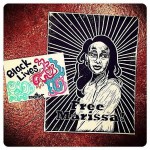 The 20-year conviction of Marissa Alexander in the Old Duval County Courthouse was unreal for all of us that witnessed this most god-awful atrocity.

Hearing Marissa’s daughter’s plea for her mother to the jury was more than an emotional cry but a humane beckoning. Then, “We Who Believe in Freedom Cannot Rest” filled the courtroom as the Dream Defenders sung the lyrics out loud as a non-violent protest. The song spoke to the true sentiment that we all shared, despite the urging of police and the judge to remove these freedom fighters from the courtroom and the courthouse. After 12 minutes of deliberation, a jury of 6 people convicted Ms. Alexander of three counts of aggravated assault with a deadly weapon with no intent to harm. Her sentence was set at 20 years in part due to the state’s mandatory minimum sentencing laws.

Many of us that day decided we would continue the battle for Marissa until she received freedom.

Children Leaving a Message of Desperation

Walking off of the elevator on the third floor of the 550 East Adams Street Jail House, you take 15 steps forward to arrive at two chairs at a table, separated by thick glass, all under huge low voltage office lights. There are words engraved on the table, much like a wooden school desk where elementary students chisel out hearts and words of puppy love. The difference is that the words carved in this jail house portray the desperation of children haunted by not being able to see their incarcerated mothers. The desperate carved words spelling, “I love you mom,” were words of unconditional love carved near the windows.

The Day of the Incident

Marissa Alexander had just given birth eight days prior to this incident. She left the hospital after breastfeeding her preemie baby in the intensive care unit and went to her home that she had purchased with her previous husband, the father of her two older twins. She was attacked in her bathroom by her abusive husband, a man who had attacked her many times before. She fired a warning shot into the air of her home, in the hopes that her abusive husband would leave her alone.

Marissa won an appeal in September 2013 and was released on bail in November. Her hearing has been re-scheduled for August 1, 2014. Her trial will be in December. Her bail and leg ankle brace gives her a debt of $2,500 per month. If found guilty, Marissa could be sentenced to a mandatory 60 years in prison. 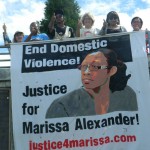 The Pacific West Marissa Alexander Alliance drops a banner in support of Marissa.

Marissa is one of the 324,000 pregnant women in the U.S. that are physically or sexually assaulted by an intimate partner every year. 85-90% of women in prison have a history of being victims of violence prior to their incarceration, including domestic violence, sexual violence, and child abuse. Across the nation, Black women are consistently failed by the law. In Duval County, all Stand Your Ground cases of Black women were denied last year. Black women are not seen as victims in oppression because the courts are not being empathetic to the fear Black women show for their lives; they are always asked, “why did you not retreat?”

Marissa’s case is one glaring example of how Black women have been over-policed and under-protected. Marissa’s abuser was able to become a domestic violence survivor in the Hubbard House (a local battered women’s shelter) while Marissa faces 60 years in jail for defending herself against abuse. Within domestic violence advocacy circles, Black women may be seen but rarely are their voices heard, which allows our communities to overlook the fact that domestic violence is the largest leading cause of homicide for Black women. Black women are seen as expendable, replaceable, and easily forgotten.

“I would have attacked her just like I did my other 5 other baby mamas.”

Too many questions surface upon a close reading of this case: why weren’t police reports and hospital records documenting Marissa as the survivor of abuse allowed as evidence? Also, what about the infamous statement that Rico Gray made that declared, if Marissa hadn’t fired the warning shot, “I would have attacked her just like I did my other 5 other baby mamas?” And why was Rico Gray given shelter at the Hubbard House?

We demand that Marissa’s police reports and hospital records be used in the court supporting her fear factor, or Battered Women’s Syndrome. We also demand accountability from the Hubbard House for allowing Rico Gray to masquerade as a victim of domestic abuse, rather than the perpetrator of it. We demand that both systems — the courts and the domestic violence centers — validate the lives of Black women like Marissa.

Women and the Civil Rights Movement 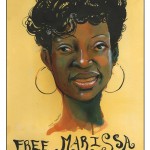 It has been fifty years since the March on Washington, Freedom Summer and the Civil Rights Act. These movements depended on Black women’s leadership and fought for the liberation of our communities. Fifty years later, Black communities are still under attack.

This week, District Attorney Angela Corey — who botched the prosecution of the Trayvon Martin and Jordan Davis cases and is now prosecuting Marissa Alexander’s case — had the nerve to speak at area Black churches denouncing the legacy of protest and movement building in the Black community.

As movement builders, we have a choice: let Angela Corey get away with denouncing the legacy of Martin Luther King and the Civil Rights Movement or mobilize for the freedom of Marissa and all survivors of domestic violence who are wrongfully incarcerated.

We call on every singer, poet, dancer, every artist and activist, and every person who works for justice to converge onto Jacksonville, FL for Standing Our Ground for Marissa Week from July 25 — August 1, 2014. Send a message that we will not stand for this mockery of justice. Standing Our Ground for Marissa brings us back to the call, “it takes a village.” We ask you to be one in the number!

More information on Standing Our Ground Week be found at http://www.freemarissanow.org/standing-our-ground-week.html.

To perform at the benefit concert on Sunday, July 27, 2014, contact Monica at monica@sistersong.net.

If you cannot join us but would like to do an action that week where you live, please contact us at freemarissanow@gmail.com or at  www.facebook.com/freemarissanow.  Also view our Ustream all week at Standing Our Ground Week.

Aleta Alston-Toure’ a popular educational homeschooling mother of two youth leaders that teach her as much as she empowers them.  Aleta bears witness as a vessel for social change with over 25 years in community development, popular education and arts experience. She worked as a filmmaker and researcher with Henry Hampton, director of the Eyes on the Prize Documentary for six WGBH/PBS award winning film documentaries.  Aleta came up with the historical movement “I Am Troy Davis” while teaching expelled and suspended boys in Savannah, GA. Most would say that her gift has always been as a gifted dancer, which is her first love but Aleta also lifts her voice occasionally in song and in theater. She believes in the motto that “If you can walk than you can dance, if you can talk than you can sing.”  She is striving to complete a book, a film documentary with her children, and several political analysis.