What ROOTS Means to Me 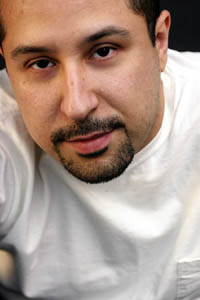 We thank Clyde for offering this powerful testimony as part of our Friends of Alternate ROOTS campaign. If you are so moved, join Clyde in supporting Alternate ROOTS by donating today!

As a recent transplant to the South, but a longtime colleague to many Roots members, I’ve long-admired the energy, thinking and force they’ve brought to the “rooms-in-the-field” we’ve often shared across the national arts and culture landscape.

Which is why, after my first full year living in Dallas, Texas, my family and I signed up to attend the annual ROOTS Week in August. After years of spurring invitations because I was “too-busy,” I made it a priority to be present.

In short, in was life changing. It opened my eyes to so much of what is a “truth-is” about the South. More than the hateful and hurtful rhetoric we hear and read about in the mainstream media, I met multiple generations of African-Americans, white folks, Latinos, Native Americans and Asians, who are doing amazing place-based work in their respective communities as far north as Maryland and as far southwest as San Antonio.

ROOTS Week was both intense as an annual work meeting for the regional membership, and also relaxing and rejuvenating as a special place nestled amongst the mountains of Asheville, NC. There was time for our family to be together, time for children to play and swim and time to experience artistic work from across the southern region.

It didn’t take long for me to put my name forth as a voting member and it has only served to embolden me to remain optimistic about the true potential of the “new south” emerging in the 21st Century. I have confidence that Alternate ROOTS and its growing membership base will play a major part as catalysts for the progressive change we all believe in and fight for everyday with our work as artists, creatives and organizers.

Join me in supporting this important member-based organization that constantly and consistently strives to support artists from across the South, who are fighting the good fight for social justice, civil rights, racial and cultural equity. I’ve seen it, I’m a believer, a member, an ally and an advocate. How about you?

In Peace and Justice.

Clyde Valentín was born and raised in Sunset Park, Brooklyn. He is the Co-founder and former Executive Director of Hi-ARTS (formerly known as the Hip-Hop Theater Festival). Most recently he became the inaugural Director of Ignite/Arts Dallas: A Center for People, Purpose + Place at SMU Meadows School of the Arts. The mission of Ignite/Arts Dallas is to challenge the imagination of students and citizens to foster more just and vibrant communities through art and culture experiences. Clyde is also a Community + Culture Fellow of the National Arts Strategies’ Chief Executive Program.

Valentín has served as a consultant and panelist for Creative Capital, he has worked with Association of Performing Arts Presenters (APAP) on the development of new leadership programs, serves as a consultant for the YouthSpeaks/Brave New Voices Leadership Cohort and was a Senior Advisor for the New England Foundation for the Arts, National Touring Project (NTP). He is also on the Advisory Board of the Latino Theater Commons and is on the Board of Theater Communications Group (TCG). He has presented at numerous conferences including the National Association of Latino Arts & Culture (NALAC), Association of Performing Arts Presenters (APAP) and the National Performance Network’s (NPN) Annual Meeting.