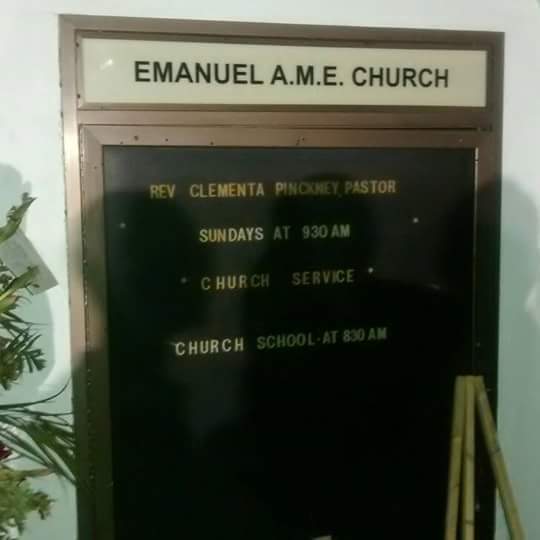 With official and ‘on the fly,’ #BlackLivesMatter chapters sprouting up everywhere in the country after non-indictments of law enforcement officers in late 2014, South Carolina’s two key cities, Columbia and Charleston, formed their coalitions as well. One, the home of the Rebel Flag or perhaps a Confederate Battle Jack flying in front of the Statehouse. The other, the United States top city (according to according to Conde Nast Traveler). In Columbia the Richland County Sheriff’s Department dispatched African-American officers for a Community Policing Speak Out, and in Charleston a Know Your Rights session with a prominent attorney in the downtown area set the tone for the year. An interesting juxtaposition that left me with a few lessons. Police are trained to shoot to kill and the blue wall largely prevents the ‘good cop’ from speaking up or out, effectively diminishing any opportunities for select citizens to regard them with any degree of humanity on a punitive role beyond protect and serve. The attorney’s message was simple. Survive the encounter, get bulldog legal representation who will find the flaw in protocol, you’re off and possibly paid from a settlement [throws hands up in a gesture of hopelessness]. 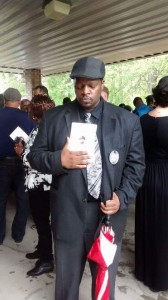 On Saturday April 4, 2015 Walter Scott was murdered while fleeing, by Officer Michael Slager of the North Charleston, SC police department. We’ve all seen the video that contradicted the officer’s account, but it was #BlackLivesMatter Charleston that the man who videotaped the crime sought out when the false statements of what happened were released by the police department and Slager’s attorney, who ironically facilitated the “Know Your Rights,” session in Charleston earlier in the year.

In a nutshell, North Charleston was awakened like never before. After months of organizing, finding an identity and coalition building it would seem that we were primed for a Renaissance of Revolution once Walter Scott’s murder took hold of the nation, even making it to the cover of Time magazine. Many alliances remain today but as an organizer on the ground I still reflect on what could have been. Charleston, also known as the Holy City, is also a city of silo from my perspective – a microcosm of how we move in South Carolina. The personality-over-principle model that lifts up and, subsequently, causes in-fighting with our chosen and self-appointed leaders deters us from objectives to scrapping for elbow room. However, if you look at the standing coalitions before April 4 and after, the momentum is still evident, though not quite at critical mass, but I’m hopeful.

That time reminded me of the role that grassroots organizers played in the trauma and tragedy of South Carolina. Organizers being holders of safe space for folks to decompress, check-in, share skills, sustain each other and collectively move with clear strategy. Once Dylan Roof brought his call for a race war via murder to the lives of Nine Parishioners of the Mother Emmanuel AME Church in downtown Charleston, organizers were again presented with another reactive moment that made the nation stand still. For the most part as an organizer, specifically a cultural worker, I decided to quick change my hats to adapt to whatever community or room I was in. I thought it was far better to make the connections and build the alliances as an individual, than not get in the door with a brand or a hashtag of a competing organization. Not even to hijack, once in the room for that matter. Being a cultural chameleon helped me stay on task with the existing traditions of found communities and being an artist let me interject ideas I picked up along the way. Once the media left, the Confederate Flag’s removal from the Statehouse was a quick protocol apology to African-Americans but if you look again it appears to have been more about restoring the luster of Charleston and taking the bloodshed conversation of the tourist city out of the consciousness of visitors and residents alike. We don’t talk in South Carolina, we move on.

The great flood of South Carolina in poetic terms, washed away the present and past sins of South Carolina, NOT. It brought up an all too real reminder of our red state position on rebuilding infrastructure, being that we don’t rebuild. The lessons were many but a few that I learned revolved around general protocol for disaster response. Activate an established phone tree, mobilize as able for immediate friends and family, and identify the existing structures that address disaster relief particularly in a state that routinely meets heavy rain and survives hurricane season year to year. That means resource mapping what we have, to know what we need. All in all our grassroots network met the challenge alongside state and federal agencies, but yet again, a storm came, we weathered it or maybe not, we didn’t debrief, we just moved on. 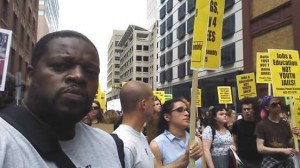 On October 26, 2015 the assault on Shakara, an African-American girl at Spring Valley High school, by School Resource Officer Ben Fields (also known as ‘Officer Slam’) took the nation by storm… until the release of the video murder of Laquan McDonald in Chicago. I just had the honor on December 6, 2015 to meet Ms. Niya Kinney, the young lady arrested for coming to the defense of Shakara. Our team in Columbia quickly held a town hall two days after the assault to decompress the outrage, assess the facts, and move with a clear strategy. Several groups ascended on Columbia to take action and they did. After meeting Niya and her mother in hindsight I’m glad we took the wisdom of our initial decision to honor the work of existing stakeholders in that particular school district while tackling a repeal of the Disturbing Class Law that effectively initiates the School to Prison Pipeline. Our team pledged all the support we could muster to the Kinney family and as the cases develop in regards to both young ladies we will continue to do so through resolution and beyond. The ongoing lessons of this assault are clear. Our sisters have been silenced in the movement, and (re)demonized through sustained figurative and literal assassination persistently and especially in the school system. However, Niya, Shakara, and Marissa Alexander are still here with us. While we honor those who have passed, let’s elevate and say the names of our sisters that remain and just look around the movement to find them. They are always the first ones stepping up and sustaining resistance for us, let’s proactively affirm their living presence for them.

Educator, poet, visual artist and community organizer, Omari Fox is the founder of his own signature visual style he coined “Hop Art” (original artworks predicated on the fusion of the Hip Hop aesthetics of rhyming, tagging, and graffiti), establishing as an outgrowth the New Danger Arts Movement, which is a play on the new or “fresh” ideas of creativity and the old or “dangerous” thinkers and change agents in society. As an artists and cultural worker he advocates for intergenerational encounters and the transformation of personal passions into daily life professional practice.