A Terrifying Liberation: The Opportunity in Appalachia’s Uncertain Future 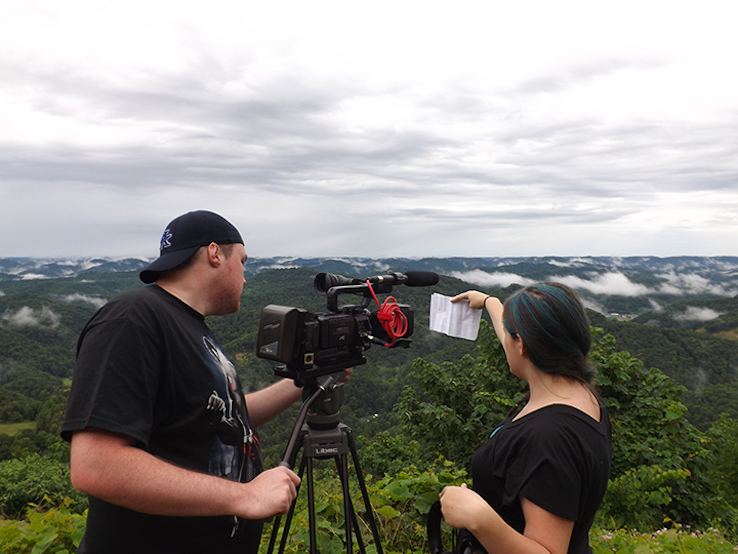 Appalshop is a member of Alternate ROOTS’ 2014-15 Partners in Action cohort.

Central Appalachia is presently in a strange place as the collapse of the coal industry leaves the region in an historical moment of terrifying liberation. For 125 years, Central Appalachia has been largely defined by the wills of absentee owners and industrial tycoons – a region so thoroughly controlled that at one point its people went home to a company-house, set their clocks to company-time, and earned their wages in company-currency – all the while living within a company-named community. The people in this same region are now faced not only with the opportunity but the necessity to write a different future for themselves.

Long described as a “rich land with poor people,” Central Appalachia has suffered entirely from the resource curse – that is, the region was bestowed with an incredible abundance of timber and coal, resources that a rapidly expanding America required and then demanded as it grew exponentially. The country needed coal for electricity and steel, and it needed it cheap. The result was an Appalachian mono-economy based on extractive industry that polluted our land, air, water, and people, yet provided the most impactful means of making a living. At its peak, nearly two-thirds of all coal consumed in America came directly from Central Appalachia. 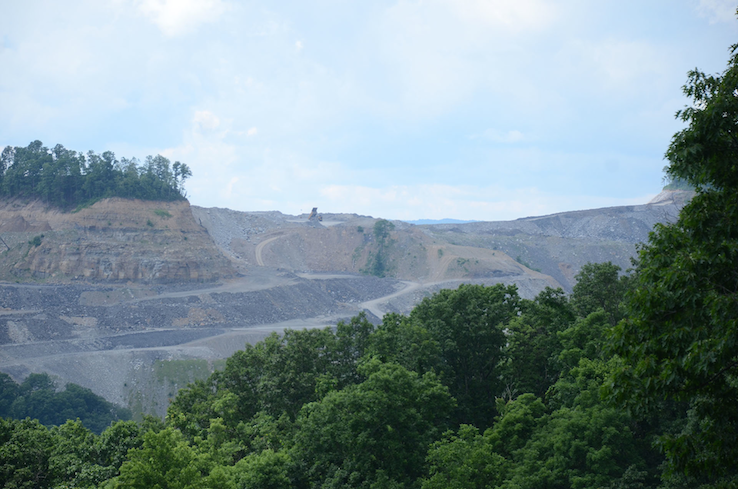 Mountaintop removal, the most extreme form of coal extraction that has persisted the region for decades. Photo: After Coal project.

In contrast to the century and a quarter that King Coal ruled the economy of the mountains, analysts now report that 70% of Central Appalachia’s current coal is entirely unmarketable. Between the spectacularly low cost of natural gas and the degree of difficulty and high cost attached to obtaining what seams of coal remain within the region, the price-point on Central Appalachian coal is simply no longer competitive. King Coal has abdicated, leaving no heir-apparent.

Historically, the region’s other major resource export has been its people. In a free-market economy, energy resources are subject to boom-bust cycles. When demand is up – boom — miners are at work and there is a swell of activity. When demand is down – bust — countless are laid off, and oftentimes end up having to leave the region to find work. In fact, outmigration in Appalachia has been so pronounced that the country coined a not-so-friendly term for the mass relocation of mountain people to major urban manufacturing centers: the Hillbilly Highway. Now with this final bust, the region faces the possibility of the greatest exodus of its people since the World Wars – an exodus that, if not avoided, could devastate all rebuilding efforts.

Economic transition doesn’t happen overnight, and a successful, just, and inclusive transition requires the work of many across sectors – artists and educators, business women and men, former miners, public servants, everyone. In my organization, Appalshop, a near-50 year old arts and education center based in Whitesburg, Kentucky, economic transition is part of our daily reality.  It has spawned new projects such as Making Connections, which highlights individuals and organizations already involved in developing innovative economic solutions. After Coal, a project based at Appalachian State University and spearheaded by faculty member and Appalshop filmmaker, Tom Hansell, is looking for lessons in the experience of Wales where coal production ceased in 1980s. A partnership between Appalshop and economists and their students at Lafayette College’s Economic Empowerment & Global Learning Project, is exploring an array of entrepreneurial strategies that identify and tap Appalshop’s assets. The partnership’s claim is that communities and regions that value and support the role of arts and culture in development typically benefit from entrepreneurism and an expansion of residents’ ability to more fully participate in their economic and civic futures. If culture, being comprised of a people’s intellectual, emotional, spiritual, and material traditions and features, defines a community’s identity, then it follows that culture, and its offspring art, can bound or expand imagination and influence micro and macro-economic incentives.

Appalshop’s Appalachian Media Institute (AMI), its youth media and leadership development program and the project I am most deeply involved with, is also active within this moment. We began by connecting with some of our closest regional partners, including Higher Ground. Higher Ground is a community theater project based at the Southeast Kentucky Community and Technical College’s Appalachian Center, and is in part modeled after Appalshop programs like AMI and Roadside Theater that focus on local life becoming aware of itself and using that awareness to build agency and people power. Our Higher Ground partnership activity began by asking young people, through surveys and convened discussions, what they wanted and what they needed. As it turned out, these were questions no one else was asking to a demographic no one in the economic development apparatus was approaching. The young people’s answer: greater access to higher education closer to home; more arts-based community development projects that they could be active in; and most emphatically, meaningful work and to have their voices heard. 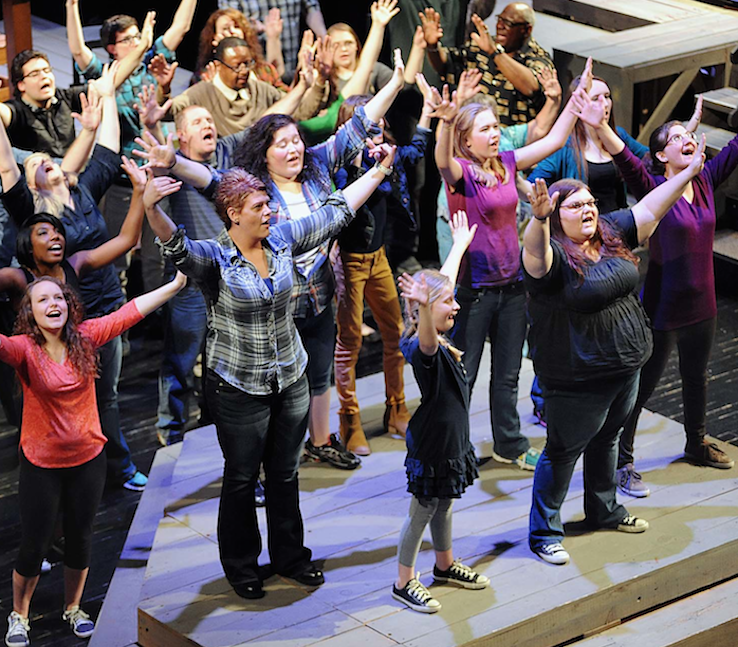 The cast of Higher Ground 5: Find A Way, during a performance in April, 2015 at the Godbey Appalachian Center in Cumberland, Kentucky. Photo: Chris Jones.

In April, the play Higher Ground 5: Find a Way opened to resounding success. It was a significant moment – one, because the play was built on the theme of opening community dialogue about the possibilities and desires in a post-coal eastern Kentucky; and two, it was the first Higher Ground play that was entirely youth led, organized, and directed. It created an opportunity for the Harlan County community to open up, publicly discuss its issues, and reflect: What do we want? What do we need? How do we get there? Why is the survival of this region important?

As we gear up for our intensive summer programming here at AMI, we also gear up for the next big phase in our Partners in Action activity: It’s Good To Be Young In The Mountains, a conference (of sorts). Taking place in Harlan County mere days after ROOTS Week, the region’s young people will be asking the above questions to each other, offering workshops of all types – both artistic and not — and overall intentionally gathering and networking to create a greater future for themselves and their communities.  It will be a time to celebrate one another, and be reminded of the incredible amount of latent resources that surround us each day.

As Peter Hillie of the Mountain Association for Community Economic Development said regarding Central Appalachia’s economic revitalization: “There’s not a silver bullet, there’s just a lot of silver BBs.” It’s Good To Be Young In The Mountains is one of those BBs — engaging, encouraging, and supporting a thriving network of aspiring young artists and culture workers who wish to not only to stay in the mountains, but to see their communities and culture thrive.

Ben Spangler is the Director of the Appalachian Media Institute, Appalshop’s award-winning youth media and leadership development program. A native of Whitesburg, KY, he was first introduced to the program as a producing intern and previously served as Lead Educator. Ben is also a co-founder of Roundabout Music Company, a worker-owned retail and arts collective celebrating its first year of activity.