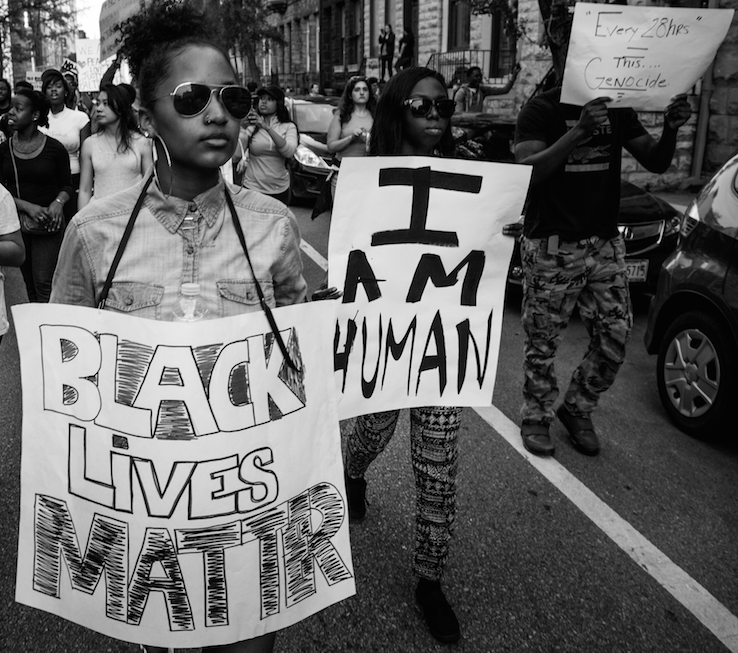 Baltimore is always the center of my world, but over the past few days it seems like it’s become the center of the world. We have seen the National Guard and the national media storm our city in the wake of the illegal arrest and murder of Freddie Gray. It is an important moment in the struggle for social justice in America. 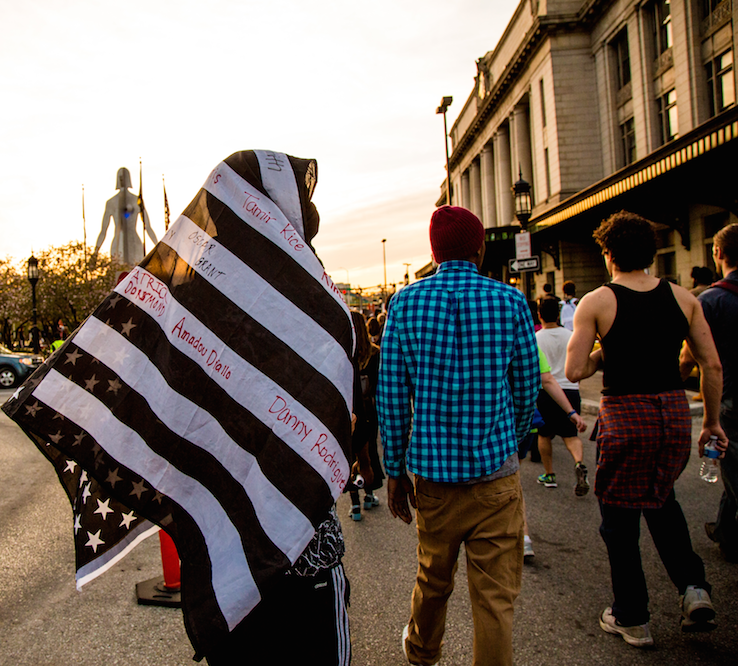 Today, with the spotlight on us, it is harder than ever to deny that Baltimore has deep-seated problems that run sharply along the lines of race, class, and the distribution of power. Would-be allies to protesters have been vocal in advocating what they believe to be good and appropriate ways to protest, condemning violence and destruction of property and invoking the words of Dr. Martin Luther King Jr. to serve their own agendas. What is the appropriate reaction when you know that the powers that be regard your body (and the bodies of all your family members) as disposable, that there is no legal recourse available to you to defend yourself?

As people fight for justice and dignity on the streets, it has been frustrating to witness people who are not from Baltimore and who know nothing about Baltimore other than what they’ve seen on on TV suddenly speak as though they were Baltimore experts. The reports of outside media in our city have been easily identifiable to Baltimoreans and particularly egregious to me. 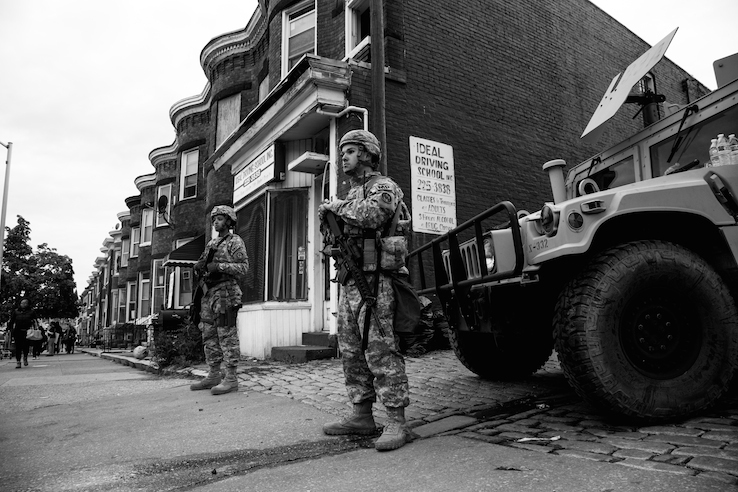 I probably became aware of how much Baltimore is in me (is me) when I first had the opportunity to travel. Outside of Baltimore, people ask about the accent I never knew I had. The inevitable next question is always, “Is it really like The Wire?” While I’ve never even watched the show, I have friends who were on it and once in a while, I had to circumnavigate where they were shooting it to get home. (Please read this piece on recent events by my friend and writer for The Wire, Mr. Rafael Alvarez.)

On The Daily Show, Jon Stewart joked, “You know your city’s f*cked up when it’s last most successful employment program was casting extras for a television show about how f*cked  up your city is and when getting arrested is one of your more reliably lucrative options…” He was referring to the fact that “since 2011, the City of Baltimore has paid out close to $6 million dollars (6-0-0-0-0-0-0) in court judgments or settlements to victims of police abuse.” While that is an astounding statistic, it speaks only of the number of people who have had the efficacy and means to use the system to do something about what the police have done to them. The lives of most people of color in Baltimore have been marked by police brutality. All survivors have a story or several that usually end with them being made to suck it up ‘best they can or, as was the case in my story, apologize.

Many Baltimoreans are thanking our Baltimore City State’s Attorney Marilyn Mosby, who set herself apart nationally on Friday morning when she announced that Freddie Gray’s death was indeed a homicide and that there was probable cause to bring charges against all six officers who were involved. All six were apprehended the same day Mosby made her announcement and out on bail before evening fell. I’m sure no one had to “put their house up” to make that happen. 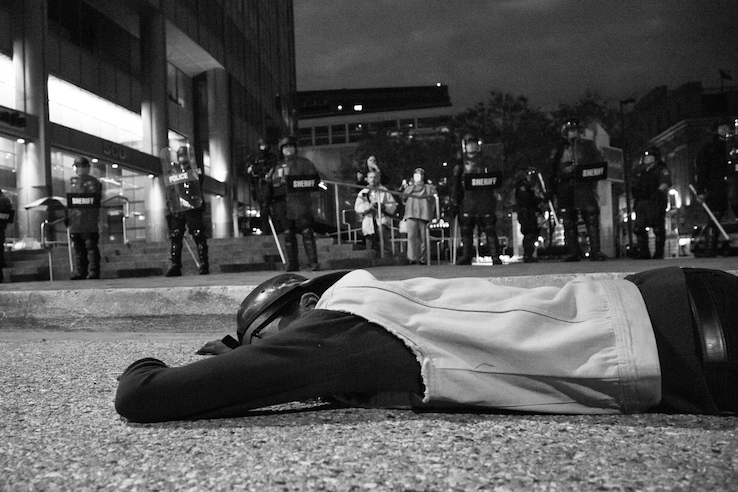 A young man who participated in the destruction of police vehicles during the protests was encouraged by his father to “do the right thing” and turn himself in. And in jail, the young man waits. His bail was set higher than the bail of any of the six officers charged in connection to the murder of Freddie Gray, showing once again that, in Baltimore, material things are literally valued more than black lives. 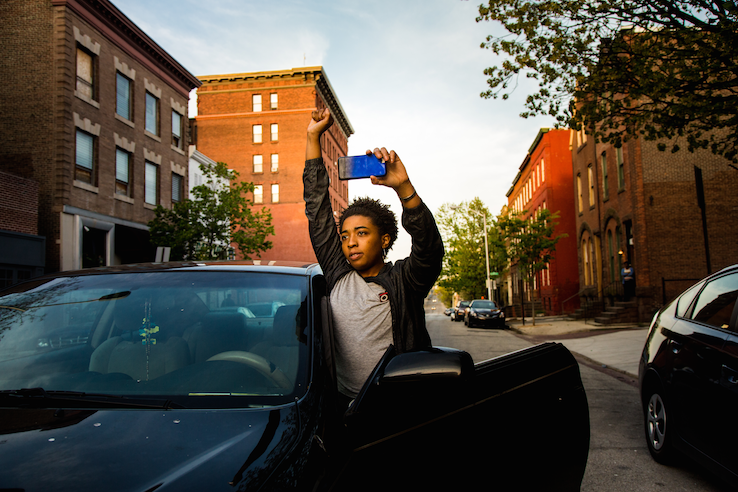 As businesses and cars were looted and burned during this #BaltimoreUprising, some neighborhood community institutions at the geographical center of protest, like the Arch Social Club, were not. I texted ROOTS Executive Director Carlton Turner to let him know that the Arch was okay. Carlton replied: “the community speaks to what is important to them.” From my own American Indian community, I received requests for a public report on the status of the Baltimore American Indian Center building, also untouched, while surrounding businesses were looted.

In case anyone thinks not, in the words of Lumbee scholar Malinda Maynor Lowery: “Indians are in deep in all this too.” Besides being “colored” ourselves, many indian parents in Baltimore City are raising black children. And for anyone feeling slighted, #BlackLivesMatter isn’t meant to devalue your life or to say that all lives don’t matter. Rather, it is meant to call attention to the way that the lives of our black brothers and sisters have not been and are not being valued and honored.

As our mayor Stephanie Rawlings-Blake (aka $RB*) declared a citywide state of emergency, she also mandated a one week 10 pm–5 am curfew for all city residents that has debilitated many local small businesses. White protestors in the predominantly white neighborhood of Hampden deliberately broke curfew on the night of May 2, 2015 to prove that the curfew was being enforced in a discriminatory manner. Instead of being arrested on the spot, they were given three warnings by police to go home. “Media: We are not talking. Please reach out to Black led organizing for analysis on racism/white supremacy in Baltimore,” a sign read.

Love and Light in Baltimore 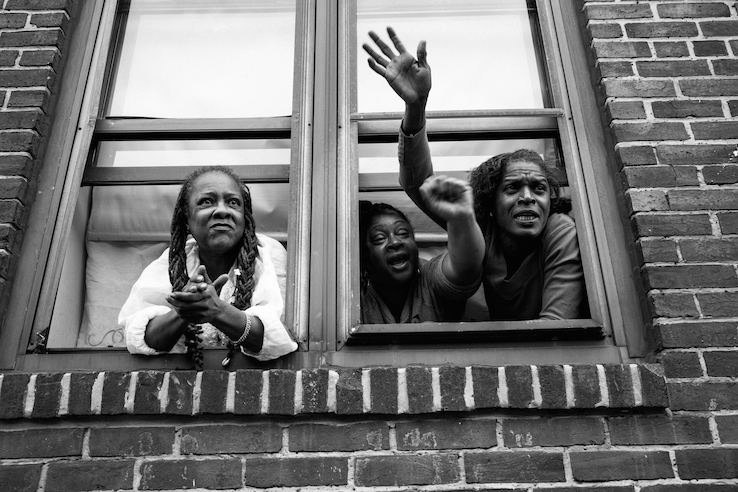 When asked by ROOTS for a quote on the state of Baltimore this past Wednesday, I said “We Baltimoreans love this city way down in our souls. We can’t even explain who we are without telling you about this place we’re from. Our people are coming together to demand justice, to begin to heal and to rebuild with that great love.”

Why do we love Baltimore so much? Safe to say, Baltimore isn’t an easy place to grow up for the vast majority of its children, though growing up here does teach resourcefulness. You get a lot of practice with creative constraint. You grow up seeing firsthand that the system is cracked, and as such, you know that there is sometimes a space for innovation.

Baltimore film legend John Waters once said, “I would never want to live anywhere but Baltimore. You can look far and wide, but you’ll never discover a stranger city with such extreme style. It’s as if every eccentric in the South decided to move North, ran out of gas in Baltimore and decided to stay.” Word.

And we have joy, damn it! All kinds of Baltimoreans were together in the streets this week, eating, laughing, singing, dancing, marching. Put that on the news.

Maryland State Delegate and House Majority Whip Talmadge Branch said “What we thought was a dark mark on the City of Baltimore has become a national light on a subject that needed to be talked about. Baltimore has a bright future.” 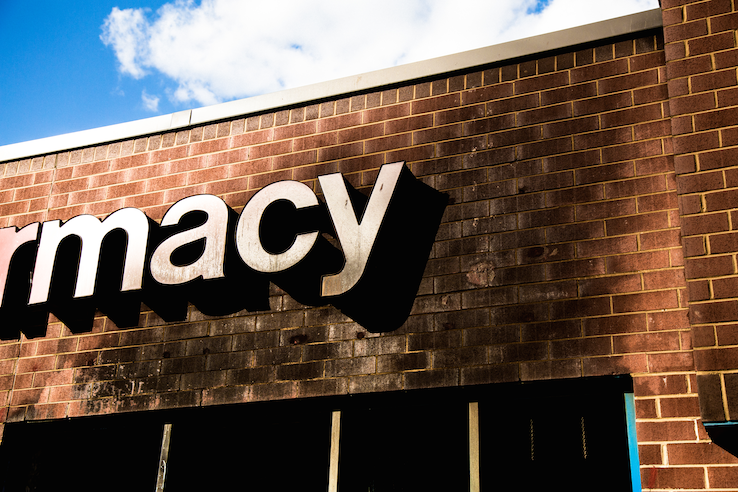 The areas you have been seeing most on the national news are precisely the areas where Alternate ROOTS last met in the City of Baltimore. The most recent Baltimore Rhizome was hosted at the Arch Social Club. Our own Taye “The Artist” Beasely’s family lives in the homes behind the now infamous CVS at Penn North. As an organization connected to this city, as a community of artists and cultural workers committed to eliminating all forms of oppression, everywhere, how can Alternate ROOTS most effectively foster this national movement that now appears to be at a tipping point? How can ROOTS best support ongoing work here in Baltimore? How can ROOTS Week be a platform to work toward answering these questions? Alternate ROOTS is currently in the process of organizing a ROOTS Lounge to strategize around these questions.

If you are a praying person, please keep Baltimore and the workers of this movement in your prayers. If you are an ally to the movement, please be a good one. Defer to the leadership of the folks whose bodies are actually on the line. Engage your peers. 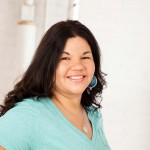 Ashley Minner is a community based visual artist from Baltimore, Maryland. She holds a BFA in General Fine Art, an MA and an MFA in Community Art, which she earned at Maryland Institute College of Art. A member of the Lumbee Tribe of North Carolina, she has been active in the Baltimore Lumbee community for many years. Her involvement in her own community informs and inspires her studio practice. Ashley is currently a PhD in American Studies student at University of Maryland College Park where she is studying vernacular art as resistance in communities of the U.S. South and global South.