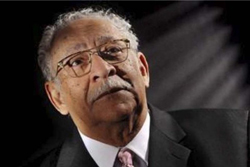 About the Artist:
Maurice Martinez’s work as a filmmaker is focused upon social justice and the documentation of African American History. In particular, he documents the experiences and stories of Black people and persons of color that have been either omitted or distorted in the pages of mainstream American history. It is the intent of his films to inform, clarify, and present truth from an indigenous perspective, as found in the titles of his documentaries: Too White to be Black, Too White to Be White, The New Orleans Creole; COLORED WHITE BOY; The Black Indians of New Orleans; Black Fraulein; and Irene.