Not just for Queers: Expanding Possibilities of Gender and Sexual Expression Makes us ALL More Free!

Awww, shoot. Alternate ROOTS is getting our genders and sexualities liberated! Did y’all catch this salacious item in the latest strategic plan?

Alternate ROOTS is up against a learning edge around gender and sexuality—an edge sharp enough that we decided that ROOTS’ leadership needs to expand our understanding of the systems of oppression that attack our humanity through rigid gender binaries and limited definitions of sexual possibilities.

We’re not messing around with that intersectional analysis we’ve been talking about for years! Our latest strategic plan acknowledges that “our greatest strength as an organization is our members. They run the spectrum in age, experience, ability, discipline, ethnicity, language, gender, and sexual orientation. Through this foundational lens we will look at ways of creating support that are intergenerational and across multiple areas of diversity.” BOOM!

The Alternate ROOTS staff dove into this professional development during their retreat at Lutheridge at the end of February. With the leaves off of the trees, the mountains could show off their shapes. The days were pleasant, but a fire in the fireplace still cozied up the room.

I was honored to lead the staff in this work, which allowed me to share experiences and resources I developed over many years of feminist and queer activism, and through one of my side hustles, teaching Women’s and Gender Studies at a university. In many ways, this was a full-circle experience for me because the cultural workers of Alternate ROOTS have deeply influenced my teaching and curriculum development. For years, I flew back to Chicago every summer on a magic carpet buoyed by southern artist-activists and seasoned my fall syllabi with all I had learned.

We stated four outcomes we desired from the training session:

First, we grounded ourselves in a consecration of the space. We spoke the names of the people who had taught us what it means to truly love, and we called in dear teachers in the struggle for justice and freedom. We added these names to an altar that held space for us over the two days of work.

ROOTS staff sure did get a version of the participatory lecture I give in undergraduate Women’s and Gender Studies class! We dug into language around sex assigned at birth and how that is determined; genitalia; sexual orientation; gender identity and expression; relational/romantic identities; pronouns; and the ways that all of these are also subject to race, class, nationality, language, and ability. Rather than just memorizing a list of terms, we emphasized the ways in which language evolves as an activist process and a struggle to survive. Folks whose humanity is brutally degraded by the words used to describe them (and the damage to their bodies and souls which often follow) WILL come up with new vocabulary that is exciting and troubling to the status quo.

The “gender binary” is the notion that there are only two genders, male and female. When we speak and act in ways that support this notion, we are participating in the violent erasure of trans*, gender-fluid, and gender non-conforming people. There is a direct link between this erasure and the oppression of trans* folks through bullying, exploitation, incarceration, and murder. Binary gender is OVER. Find proof in the gorgeously fierce existence of our non-binary siblings in the struggle.

We are all capable of learning and growing. We can expand our vocabularies and practice the feel of all kinds of pronouns and words in our mouths. We must do that with generosity, patience, and love. We all have vastly different access to information around gender and sexuality, but when we come together, we must be ready to learn how to embrace each one’s truth about themselves and their communities.

For 40 years, ROOTS has been activated by the artistry and leadership of people who identify as LGBTQIA+. This work is not new. But get ready for some fresh sparkle around our commitment to creating welcoming and warm spaces for folks across spectrums of gender and sexuality. Expect a renewed commitment to explicitly naming our pronouns. Imagine a world in which we all know what cisgender privilege means—and if we don’t, we take ourselves right on into a workshop to learn all about it. Get involved with ROOTS’ Gender and Sexuality Working Group! Count on changes in registration forms, cuter signs on bathroom doors, different housing configurations, skits on pronouns, and training sessions on enthusiastic consent. Pro Tip: don’t assume anything about my gender identity, pronouns, or who I like to kiss, and I’ll do the same for you!

TransWhat? A guide toward Allyship. Glossary!

Video: No, Trans Women Are NOT ‘Biologically Male’ (also has great info in general about how gender is determined at birth)

A Dispatch From the Shifting, Porous Border Between Butch and Trans

“Race and gender are not the same!” is not a Good Response to the “Transracial” / Transgender Question OR We Can and Must Do Better

We need to talk about masculinity: The crisis facing men and boys cannot be solved by reviving the tired stereotypes that oppress and constrain them

How do you reconcile Christianity with an LGBTQ identity? Queer Theology provides a supportive community and in-depth resources for queer Christians and straight supporters.

Keshet is a national organization that works for full LGBTQ equality and inclusion in Jewish life.

MASGD is a collective of Muslims who identify as lesbian, gay, bisexual, transgender, queer and/or allied.

*“There is no wrong way to have a body. And if your moral compass points in any way, shape, or form to equality, you need to get this through your thick skull…” from a beautiful text the ROOTS staff used in our professional development session: Hanne Blank’s Real Women.

ROOTS staff watched the film MAJOR! which chronicles the life and campaigns of Miss Major Griffin-Gracy, a 75 year old Black transgender elder and activist who has been fighting for the rights of trans women of color for over 40 years.

Gender identity can be playful and fun! ROOTS staff developed our own fancy 5-word expressions of gender identity and enjoyed checking out all the familiar faces on the Gender Fancy Tumblr! Submit your own here. 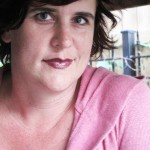 Nicole Garneau is an interdisciplinary artist making site-specific performance and project art that is directly political, critically conscious, and community building. She is currently living in Central Kentucky, collaborating with Clear Creek Creative on theater, artist residencies, and communications projects. Her book Performing Revolutionary: Art, Action, Activism will be published in Spring 2018 by Intellect. Performing Revolutionary offers 60 strategies for using performance to practice being revolutionary people, as inspired by her 5-year UPRISING performance project. Nicole is on the Executive Committee of Alternate ROOTS and teaches in Women’s and Gender Studies at DePaul University. She holds a B.A. in Theater from the University of Illinois at Chicago and an M.A. in Interdisciplinary Art from Columbia College Chicago. She also makes ceremonies, facilitates meetings, throws parties, and does healing work. Her work is documented at nicolegarneau.com. Follow her @nicolegarneau.