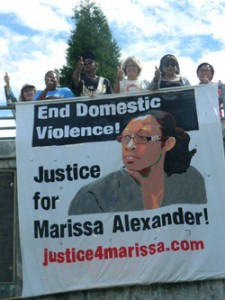 Stand Your Ground Laws and Their Impact
on Minority Communities in the U.S.
Briefing Paper
for Thematic Hearing before the
Inter-American Commission on Human Rights

A perpetual cycle, I have fought against because my grandma never should have had to be abused by my grandfather, my mother should have never had to be raped by her step-dad, I should never had to been born from police bully clubs blows to my mother while she was pregnant with me during MLK riots and yesterday my daughter should not have had to be called “a b@#%h” on face book by a boy because she is abstaining from sex at 14.

The UN Brief that we will be circulating on Tuesday says:
“[b]lack women and other marginalized people are especially likely to be criminalized, prosecuted, and incarcerated while trying to navigate and survive the violence in their lives.”[1]

[1] See FMN Talking Points at 1; Eric Lipton, With Criminal Case Closed, Justice Department Will Restart Hate Crime Inquiry, N.Y. Times (July 14, 2013), at A8 (stating that the the  U.S. Commission on Civil Rights is investigating racial bias in the application of “Stand Your Ground” Laws); Sarah Childress, Is There Racial Bias in “Stand Your Ground” Laws?, PBS Frontline (July 31, 2012), http://www.pbs.org/wgbh/pages/frontline/criminal-justice/is-there-racial-bias-in-stand-your-ground-laws/.

Violence perpetrated against women and girls can put them at risk for incarceration because their survival strategies, e.g., prostitution, are routinely criminalized.[1]  Eighty-five to ninety percent of women in prison have a history of violent victimization prior to their incarceration, including domestic violence, sexual violence, and child abuse

So I sit here fully understanding how Marissa’s fight to “Stand Her Ground” should be validated in courts for it has been validated through the lives of most black women since the centuries old calling of “ain’t I a woman” by Sojourner Truth.

Audre Lorde said, “My work is to inhabit the silences with which I have lived and fill them with myself until they have the sounds of the Bighter Day and the Loudest Thunder.”

So Free Marissa Now (FMN) will represent at the hearing Trayvon Martin’s mom in this new form of slavery since Emmit Till’s Trial would have also justified Zimmerman.  Free Marissa Now (FMN) will represent Jordan Davis mom in this New Jim Crow since lynching mobs would have justified Dunn and we represent Marissa Alexander because of the justified electrocuting of Lena Baker, a African American domestic violence survivor who was not worthy of self defense from her abuser.

We hold the circle at this hearing for women and our children to not only to survive but to thrive through existing in basic needs of living if it be walking, leaping, dancing, singing, laughing, prancing, scatting, shimming, smacking, vogueing, switching, sashaying in our homes or  on our ground.

Learn more about this ROOTS Member