Shifting Narratives through Art and Culture

On January 20th and 21st, Alternate ROOTS held a meeting for the 2014 Partners in Action cohort. During the two-day meeting, a theme emerged: How can art help to shift narratives? Robert Martin of Clear Creek Festival talked about the work he is doing in Kentucky in the foothills of the Appalachians around land and culture loss and resilience. He stressed the importance of creating art that not only educates but changes and shifts narratives.

Winston Churchill famously said, “History is written by the victors.” Narratives are constructed to benefit those in power and we often forget that history and narratives are selective, biased and oftentimes untrue. But throughout history communities have also constructed their own narratives that highlight their beauty, wisdom, values and resilience and are often expressed most effectively through art and culture. Songs are some of the most powerful ways in which art has been used to express a vision and narrative for change and play a valuable role in movement building. “We shall overcome, we shall overcome, we shall overcome some day…” This song was more than a song. It was a proclamation that declared the unity of people willing to overturn an unjust system, even at the costs of their own lives. There are slogans that stick with us. “I Am a Man,” “Brown is Beautiful,” “Silence=Death,” “Black Lives Matter” — slogans that became the rallying calls of movements and summarize a vision that challenges the predominant narrative that sanctions the dehumanization of a group of people. They stick with us because they represent a narrative we value, one that speaks to our humanity. It’s a narrative worth fighting for.

How do we shift narratives to challenge oppression, build movements, and create change? At the Partners in Action meeting we shared our aspirations for creating work that helps to shift narratives. Ada Smith of Appalshop shared her interest in looking at how we can shift the impact narrative that funders and government institutions use to measure success. How can we help to shift the impact narrative to include and value the role that art and cultural programming has on education, employment, and economic development? José Torres-Tama talked about the importance of shifting the post-Katrina narrative that predominantly omits the tremendous impact that Latinos have had and continue to have in rebuilding the city. Stephanie Guilloud of Project South talked about the ways in which art can not only shift narratives but broaden and deepen our analysis and build movements. 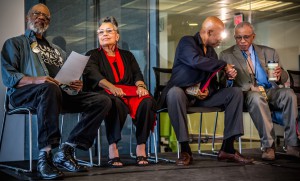 At Junebug Productions (the organizational successor to the Free Southern Theater) Stephanie McKee and I are interested in how we can shift our understanding of the Civil Rights Movement. The dominant narrative of the Civil Rights Movement gives credence to the impact of a few charismatic leaders of the movement while often omitting the impact of everyday people. It is a dangerous narrative that keeps us from believing in our own power in organizing and building a strong grassroots movement. Junebug Productions is documenting the stories of people in New Orleans who contributed to the Civil Rights Movement. These stories will be shared in video interviews and in “Soundtrack ‘63,” a multi-media, live performance that engages viewers in a cultural and artistic retrospective of the Civil Rights Movement directed by Chen Lo and produced by 651 Arts. It is Junebug’s hope that this project will help shift our understanding of the civil rights movement and give some of the under-recognized, everyday people who made up the backbone of the Movement the acknowledgement they deserve for their critical contributions. 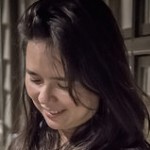 Kiyoko McCrae is a cultural organizer who directs community-based theater productions and teaches workshops offered through Junebug Productions’ Free Southern Theater Institute. She has taught at Children in the Classics (New York, NY), TIE-Theater in Education (London, U.K.), Upward Bound (Tulane University), and Urban Bush Women’s Summer Leadership Institute. She has also worked as an organizer with El Puente, a Latino community­-based organization in Brooklyn, NY and United for Peace and Justice, the nation’s largest anti­-war coalition. She received her BFA in Theatre Arts from New York University’s Tisch School of the Arts where she studied with Jan Cohen Cruz, leading practitioner of activist and community-­based performance.