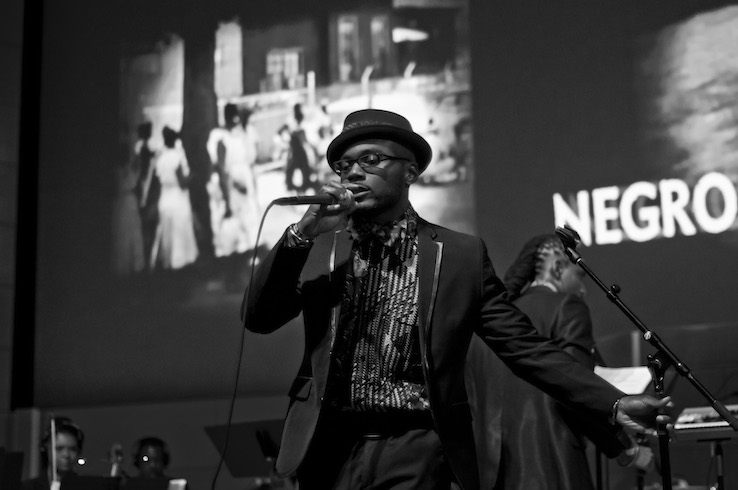 In its simplest form, culture can be defined as a shared set of symbols and meanings that are communicated, taught and passed on. Symbols can broadly be defined as any word, sound, gesture or image that represents an idea, belief or action. They serve as shorthand for communicating what is important to us. They evoke emotion. They have the ability to pack a great deal of ideas and feelings into very little. They can inspire hope, fear, power, greed, courage… We are born with symbols that help to teach and reinforce our communities’ values. They can teach us to hate and love. The Media Arts scholar Daniel Chandler points out: “We derive a sense of ‘self’ from drawing upon conventional, pre-existing repertoires of signs and codes which we did not ourselves create. We are thus the subjects of our sign systems rather than being simply instrumental ‘users’ who are fully in control of them. Whilst we are not determined by semiotic processes we are shaped by them far more than we realise.” 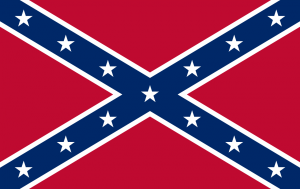 Fifty years ago, as the movement for Civil Rights gained momentum and ultimately paved the way for the signing of the Civil Rights Act, the Confederate flag became a symbol of resistance to the movement and the Federal government’s decision. The confederate flag is a painful reminder of slavery and segregation for communities for color, but for many white communities in the Deep South, it is a reminder that the South lost the Civil War and with it, its way of life. It represents the resistance to give up what they believe to be rights and benefits exclusive to whites. Seeing the confederate flag in government institutions and other institutions of power only further legitimizes the reasoning that white privilege is an inalienable right.

As activists we should continue to work to dismantle these painful symbols, but we must also work to amplify our own “repertoires of signs and codes” that hold values of justice, hope, freedom and equity that help to lift up people of color. Many artists are leading the way by creating and building monuments and public art that memorializes and immortalizes the achievements, aspirations and concerns of people of color. One such example is ExhibitBE  “a community-centered celebration of street art … that engage[s] their communities in necessary conversations on housing, blight, and accountability.” It was spearheaded by visual and video artist Brandan “BMike” Odums, founding director of 2-Cent Entertainment and is the “largest single-site street art exhibit in the American South.” ExhibitBE is featured in the short film Post Racial America: A Children’s Story by Junebug collaborating artists Jason Foster and David Bear of FosterBear Films and Zac Manuel of The Greenhouse Collective and A Scribe Called Quess?. The film expresses the urgency in having an honest conversation about race and racism in our so-called “post-racial society.”

ExhibitBE features a large mural dedicated to George Carter, a youth organizer with Kids Rethink New Orleans who was fatally shot in New Orleans in October 2014 and the short film also speaks about the deadly effects that racism has on young people. The film opens with Tamir Rice’s mother, Samaria Rice speaking about her 12-year old boy being murdered by the police: “They didn’t give him a chance to grow up.” Indeed, for children of color, racism is more than just learning how to hate one another—it is about a system of institutional oppression that has the power to take one’s life away.

Junebug Productions is committed to lifting up the voices of black artists who, through their work, amplify the beauty, resilience and importance that Black Lives Matter. We believe that promoting cultural equity is essential in achieving racial equity. In a society still largely dominated by white culture, it is imperative for artists of color to have their voices heard to help shift our priorities for change. One of the ways in which we do this is through our partnership with the Urban Bush Women Summer Leadership Institute, a 10-day institute in New Orleans where activists and artists from across the country and beyond gather to deepen our understanding of art for social change. This year’s theme, We Who Believe in Freedom Cannot Rest: Organizing for Racial Equity, will activate us to generate conversations and performance around the question that is being asked all across this country: “How do we institutionalize the notion that Black Lives Matter?”

Junebug Productions is also currently developing Gomela/to return: Movement of Our Mother Tongue, a multi-disciplinary performance that is written and performed by black New Orleans artists about their collective and personal histories. An excerpt of the performance will be shared at ROOTS Week this year. The piece connects the past and the present, highlighting ancient art forms (African dance, drumming and Orisha traditions) and new artistic expressions (jazz, spoken word and hip-hop) that makes evident the connection between Africa, Haiti and New Orleans. It celebrates black aesthetics and traditions and challenges the typical depictions of Black culture and history as seen in our dominant culture.

Another project that connects the past with the present is Soundtrack ’63, a Partners in Action collaboration which will be co-presented by Junebug Productions and the Contemporary Arts Center in New Orleans over this coming Martin Luther King, Jr. weekend (January 16-18, 2016). Soundtrack ’63, directed by Chen Lo of Soul Science Lab, originally commissioned and produced by 651 ARTS is a multimedia, live performance that engages viewers in a cultural and artistic retrospective of the Civil Rights Movement. The weekend will be rounded out with a film screening, discussions and workshops, all celebrating and highlighting the achievements and the impact of the Civil Rights movement. This special presentation will also feature the stories of New Orleans’ contributions to the movement and will be presented to honor the thousands of everyday people that made up the backbone of the movement.

Reflecting on the achievements of the Civil Rights Movement, it is remarkable to think about the parallel struggles today. The rallying call “Black Lives Matter” loudly echoes the civil rights declaration, “I Am a Man,” that united a movement fifty years ago.  Soundtrack ’63 takes us through a musical and visual journey from before 1963, and brings us up to the present day helping us to remember that the struggles of the past are sadly, not so different from the struggles we face today.

“It’s been too hard living, but I’m afraid to die
Cause I don’t know what’s up there beyond the sky
It’s been a long, a long time coming
But I know a change gon’ come, oh yes it will.”

The iconic song, “A Change is Gonna Come” and many other popular songs of the 60’s are featured in Soundtrack ’63. Sam Cooke wrote the song several months after being arrested for disturbing the peace while touring; when a Holiday Inn in Shreveport, LA turned him away, he refused to leave. The song became an instant hit and an anthem of sorts for the movement. It tapped into the feeling many were feeling across the nation. Released in December 1964, it peaked the charts during the same week that protesters marched from Selma to Montgomery and were met with violent confrontation of law enforcement at the Edmund Pettus Bridge in Selma, which came to be known as “Bloody Sunday.”

Perhaps the reason this song is still so poignant and resonant today is because, in so many ways, we are still waiting for that change to come but we must hold fast to that belief that we do have the power to make that change a reality. “I know a change gon’ come, oh yes it will.” We need these songs, exhibits, films, performances and all other forms of art and culture to lift us up and move us to action, now more than ever. We need them to remind each other of the racial injustices we are working to end, to help build our collective analysis, to help strengthen our movements, and perhaps most importantly, to remind us of our humanity. 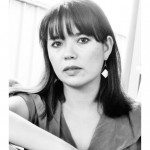 Kiyoko McCrae is Managing Director of Junebug Productions.  She is a cultural organizer who directs community-based theater productions and teaches workshops offered through Junebug Productions. She has taught at Children in the Classics (New York, NY), TIE-Theater in Eduction (London, U.K.), Upward Bound (Tulane University), and the Urban Bush Women Summer Leadership Institute.  She has also worked as an organizer with El Puente, a Latino community­-based organization in Brooklyn, NY and United for Peace and Justice, the nation’s largest anti­war coalition. She received her BFA in Theatre Arts from New York University’s Tisch School of the Arts where she studied with Jan Cohen Cruz, leading practitioner of activist and community-­based performance.