The Places We Call Home: ROOTS Weekend at Zora Fest 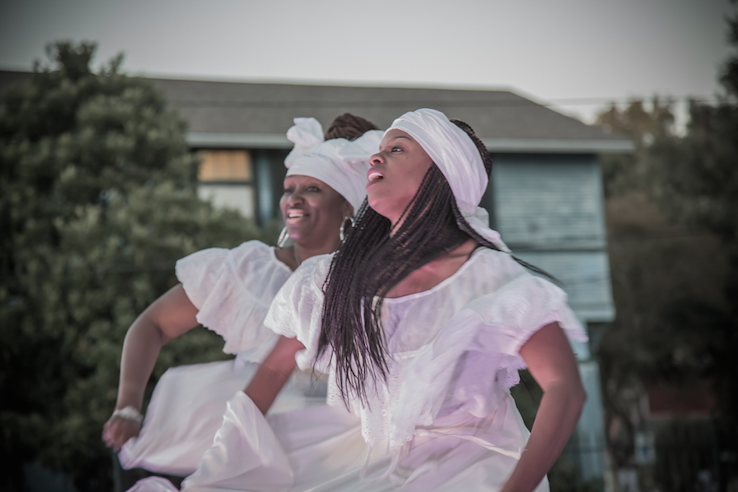 Past the memory of sandy roads and citrus groves, in the places where Central Florida’s rural Black roots sink deep, we find Zora’s Eatonville. Among the first generation of daughters who traded in the moon for the streetlights up north, Zora always returned to the place she called home.

Since its birth in 1887 as an independent self-determined community, Eatonville’s distinction as the first Black township in America has set it apart from its neighboring town, Winter Park. The majority of Winter Park was developed for wealthy northerners who sought warmth, relaxation and views of the lakes. On the other side of the railroad tracks, in west Winter Park, a community of Black folk planted roots, purchased homes, and raised their families. Tourism, condos and upscale restaurants have replaced the cluster of Black-owned homes and businesses along Hannibal Square, once a tight-knit community inhabited by those who did “day work” or picked citrus in the groves. Charles and Missouri Ambrose, my great grandparents down the line, arrived in Winter Park during the late 1800s and founded a church that still stands, Mount Moriah Missionary Baptist. My mother sang in the choir as a child and my grandfather, Harold Williams, who now resides in Maitland, still attends its services. Bill Moore’s Restaurant, once positioned on “the Square,” was operated by William (“Bill”) Baker Moore, son of Mary Hunt and William Baker Moore, Senior. My great grandfather, Leonard Horton, sang in Zora’s 1932 production of Sun to Sun at Rollins College. With the exception of my 91-year old Aunt Toots, the majority of the Black-owned homes in west Winter Park, once inhabited by so many of my kin, have since disappeared. It’s as if the presence of my great grandparents and their descendants never existed. My foremothers tended rows of cabbage and collard greens in their backyards, land which has given way to condos and park benches that overlook sidewalk cafés, as if they never lived there at all.

This is the same story that has been told, and then told again, throughout the United States. And yet, despite the perils of gentrification that have encroached all around Eatonville’s borders, and the proposed five-lane highway that would have uprooted its residents in the 80s, the first Black township in America remains intact. The perseverance of this little town is a true testament to the resilience of the Eatonville community and the life and work of Zora Neale Hurston. Perhaps it is because Zora spent her childhood in a town with such a fiercely independent spirit that she did not shy away from authentic portrayal of Black folk life, while many of her peers distanced themselves from the roots she so revered. Always unafraid to challenge the status quo, even when it made her unpopular, Zora has continued to inspire artists, activists, scholars and cultural workers in the south and beyond to honor the cultural landscapes of the places we call home. She reminds us that sharing and documenting our stories is not a novelty but a necessity for our survival. 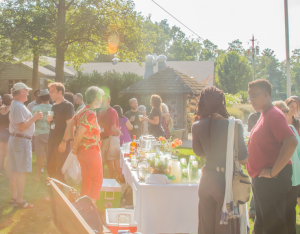 In 1976, three years following Alice Walker’s trek to Fort Pierce to find Zora’s unmarked grave, a group of theater artists gathered at the Highlander Center in New Market, Tennessee to found Alternate ROOTS, an organization specifically designed to meet the needs of artists who work for social and economic justice in the south. Forty years later, we at Alternate ROOTS support hundreds of southern artists and cultural organizers whose work, like Zora’s, is “rooted in community, place, tradition or spirit.” As a coalition of southern artists and activists, our artistic practices are rooted in who we are and where we’re from. We believe creating and sharing our artistic work is a means to catalyze the changes we want to see in the world in our struggle to achieve cultural equity and to eliminate oppression. Without our voices, we know our stories will become invisible. And so, we lift our voices to sing the praises of our communities, as Zora once did, because we know our songs are an act of cultural resistance and resilience.

Our work to honor the intersections of arts, activism, and community has led us to a collaboration with the Zora Fest to lift up the legacy of Zora’s work and her childhood home. As cultural organizers, part of our practice is to gather, share our work, and explore the issues that affect our communities through story, song, dance and the visual arts. One of these gatherings, or ROOTS Weekends, will take place in and around Eatonville, from January 28-31, in connection with the Zora Fest.

ROOTS Weekend-Eatonville will bring local artists together with ROOTS members from across the region to present cultural arts and performances. In Speed Killed My Cousin, Knoxville’s Carpetbag Theater tells the powerful story of a young woman’s struggle to heal from PTSD after returning home from the Iraq war. New Orleans’ Junebug Productions will present Gomela, a diasporic fusion of past and present with Kumbuka African Drum and Dance Collective and poetry by Sunni Patterson. Gomela embarks upon a sweeping journey of rhythm and movement that explores the connections between Africa, Haiti and New Orleans. Narratives of the Eatonville Storytellers, a digital documentary project by Orisirisi, features residents of Eatonville and will open a dialogue that explores community and our voices within the African diaspora. Other local artists include Orlando’s SHADES Dance Company of Nu Look Dance in a performance of My Caribbean People and Home; a visual arts exhibition by Sonia Baez-Hernandez; and Central Florida’s Toni Shifalo will step into her persona, “La Banana” and lead a clowning workshop.

As cultural workers, we can learn from Zora’s graceful navigation of the fine  line that separates the artist and subject. A true community-based artist, and both an insider and outsider at the same time, Zora understood the relationship between herself and her subject, her childhood home. Zora embodied the notion that we are our communities. We are ultimately the subjects of our own work. As gentrification threatens to disappear our communities, our work is not in making “art for art’s sake.” Without illuminating our own cultural narratives, we know they will cease to exist. Our artistic practices are fueled by the great urgency to preserve the legacies of our cultural heritage. And so, as Zora once did, we let me moon light the pathway toward home.

Tamiko Ambrose Murray is a writer, a community-based social researcher, and an arts educator. She is the co-founder of Asheville Writers in the Schools and Community, an adjunct professor of Literature and Language at UNC-Asheville, and serves on the executive committee of Alternate ROOTS.