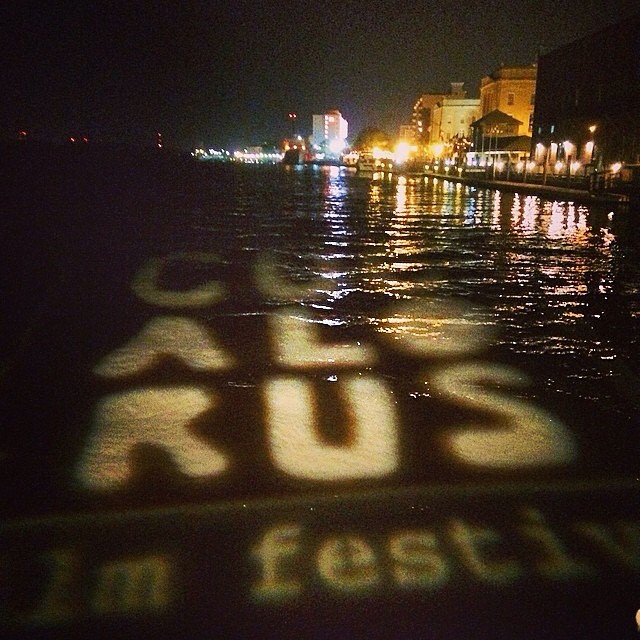 For the past seven years, Alternate ROOTS has been sending artists to the Cucalorus Film Festival as facilitators for their Works in Progress program and emcees for other films as well.  This partnership around Works in Progress–unfinished films that have a strong social justice themes and/or community dialogue–was born out of Resources for Social Change, crystallized via a 2013 Partners in Action grant, and is now held up by a band of committed veteran ROOTS members.  It has become one of the most exciting of Cucalorus’ programming tracks, and equally it is one of the best parts of the Alternate ROOTS’ programming year.

Just like with my previous post earlier this fall about the annual sojourn to the Clear Creek Festival, I have come to mark time and the changing of the seasons with Cucalorus. 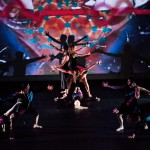 Certain traditions populate the journey…Dancealorus, the opening dance/film performance extravaganza; a meal at The Flying Pi, at which you must have the daily special whilst sitting at the bar so you can talk to the three sister entrepreneurs in fedoras; the few hours when I always sneak away to the beach so I can see the ocean once a year; and, of course, my requisite Dairy Queen Heath Bar Blizzard on the drive home.

What’s more I’ve come to love, in equal portions, the opportunity to catch up with and watch our ROOTers do their work, as well as always meeting new and fantastic artists, most of whom could be ROOTers tomorrow.  I counted so many ROOTS members on the scene, most of whom were there to work in some capacity, including Ebony Golden, Ashley Sparks, Jess Solomon, Nicole Garneau, Bobby B, Sheila Kerrigan, and Omari Fox. 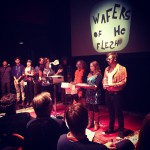 I’ll tell you, one of my favorite traditions is just watching Nicole Garneau do her thing as an emcee. She brings a strong look, and she’s especially thoughtful and intentional about bringing people together into a space in the right way.  Whether that’s celebratory, reflective, irreverent, or often, all of those things at the same time. She is definitely winning at being Nicole Garneau.

Of course, there’s one special ROOTS member who’s holding it all together: Dan Brawley.  Dan has been the Executive Director of the festival for many years, and is the Chair Ex Officio of Alternate ROOTS’ ExCom. [A few years back, I wrote an article profiling Dan and the festival for another publication.  Check it out here.]

In that previous article I mentioned that Cucalorus is a film festival that’s for the artist. 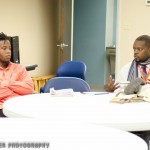 Omari Fox has been coming to Cucalorus and facilitating conversations since the beginning of the ROOTS partnership.

By that, I mean it’s not for the booking and business agents.  It’s not about awards or celebrities.  It’s for people in the field, often at the hyperlocal level, to come together and see each others’ work, meet in hallways, and truly have a dialogue. These exchanges fill the air with an electric energy.

Anytime I ran into Dan Brawley at this year’s Cucalorus, he looked a little tired around the eyes, as one would when bringing together thousands of people and hundreds of films to four major venues over the course of five days.  He also still had that characteristic spritely smile.  He always made sure to reference the work that our ROOTers were doing.  “I don’t even have to worry about that part of the work, the Works in Progress.  I just know that the ROOTS members are taking care of it.  And I hear such good things from all of the film goers.  It’s just part of the festival that runs itself and brings such good things.” 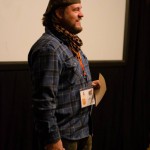 Speaking of ROOTers, the best part of the entire weekend came from one of those hallway moments, standing amongst a bunch of ROOTers as I was about to depart and make my way back to Atlanta.  It was one of those gathering spots in any location where if you stood there long enough, practically everyone you wanted to see would eventually come by.  That’s exactly what happened to me in the thirty minutes I was trying to get out of there.

I was talking to Don and Tutu Harrell from Florida (two long-time ROOTS members; Don is currently serving on the Executive Committee) when Sheila Kerrigan and her husband Steve Clarke (Chapel Hill, NC) walked up.  Sheila has had a busy few years as a teaching artist which has kept her away from the center of ROOTS business for a while.

Don practically squealed with delight when he saw her.  He told Sheila how much he missed her now that he’s serving on the ExCom.  He said, “But, you put in your time for many years, all that work on Resources for Social Change. And you know what?  Now, when I hear these young people talking, I can hear your voice and all the work you put in through what they’re saying.”  Sheila, of course, blushed and nearly cried.

It was such a wonderful moment about generations, leadership, coming forward and dancing away.  That’s the story of ROOTS, and it’s the story of Cucalorus.  Both organizations, and all the people involved, are works in progress, while we’re working at progress.