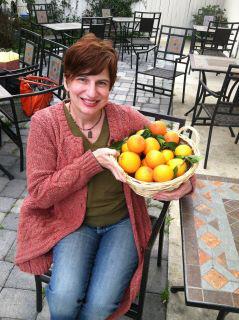 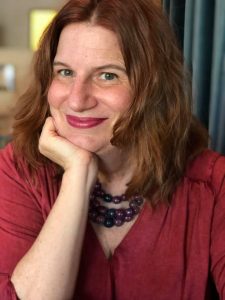 Paige’s main responsibilities are paying the bills, ordering the post it notes, and making sure the office is running smoothly. Paige takes care of the daily accounting for Alternate ROOTS, the monthly preparation of financial statements and the organization’s annual audit. She has been with ROOTS since March 2013.

A fine arts graduate who somehow ended up in accounting, Paige worked for a variety of small and large businesses before finding her way back to the arts. She spent five years at Manship Theatre at the Shaw Center for the Arts in Baton Rouge, as Director of Finance and Operations, and Director of Operations, Grants and Film Programming. Her work at Manship included accounting and finance, overseeing the Theatre’s ticket office and concessions operations, grant writing, film programming and artists’ logistics.

A New Orleans native, Paige relocated to Atlanta from Baton Rouge in August 2012. Paige and her husband Fred are actively involved in the Slow Food movement, promoting food that is good, fair and clean. They were co-founders of a chapter of Slow Food USA in Baton Rouge, and are members of Slow Food Atlanta. Paige enjoys gardening and cooking, especially with the abundant fresh local produce at Atlanta’s farmers markets. She is also the proud “mom” of three retired racing greyhounds, Leonardo, Padma and Rory.